Progress made at Exit 29 site in Canajoharie 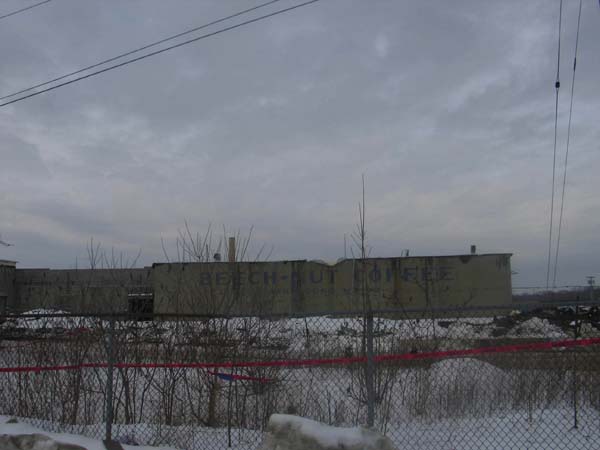 Former Beech-Nut factory in Canajoharie on the exit 29 side is shown in this photo from Jan. 2018. (The Leader-Herald/Briana O’Hara)

CANAJOHARIE — Progress has been made toward the redevelopment of the former Beech-Nut site in the village, with the rehabilitation of the area expected to continue.

The Montgomery County Business Development Center team recently hosted a pre-bid meeting related to a new round of environmental cleanup work and asbestos removal to pave the way for new investment at what is now known as the Exit 29 site.

The request-for-bids is the latest step toward revitalization of the nearly 27-acre site, which saw major progress earlier this year with demolition occurring on much of the eastern portion of the former plant.

Demolition of the eastern side of the property removed nearly all the old warehousing that existed to make way for a wider array of economic development options, according to a news release from county officials.

“We are continuing to build momentum that will lead to a site ready for significant private sector investment and job possibilities for Canajoharie and the county. Productive dialogue continues with the state and this latest step brings us closer to realizing the goal of turning this site into an economic engine once again,” said Ken Rose, CEO of the Montgomery County Business Development Center (MCBDC). “Our team has been working diligently to ensure the site is remediated in a fashion that allows new businesses to quickly move in and breath new life into the project and the village.”

“The village of Canajoharie, its shops and the storefronts are deeply tied to the Exit 29 site and revitalizing that property remains a top priority for our team,” said Montgomery County Executive Matt Ossenfort. “We have been making great progress, thanks to strong partnerships with local and state officials, the MCBDC and contractors.”

According to the release, under the scope of work for the latest request-for-bids, contractors will be responsible for removal, transportation and disposal or recycling of all asbestos-containing materials, hazardous wastes, and refuse. There will also be select interior demolition of the former western plant. Work under the contract is expected to get underway by December. The project is being funded through a $6.5 million Restore New York grant secured by the MCBDC.

“The village is enthused about the progress of the Beech-Nut site,” said Canajoharie Mayor Jeff Baker. “We are anxiously awaiting the completion of the demolition and cleanup phase, so we can assist in plans for the future development.”