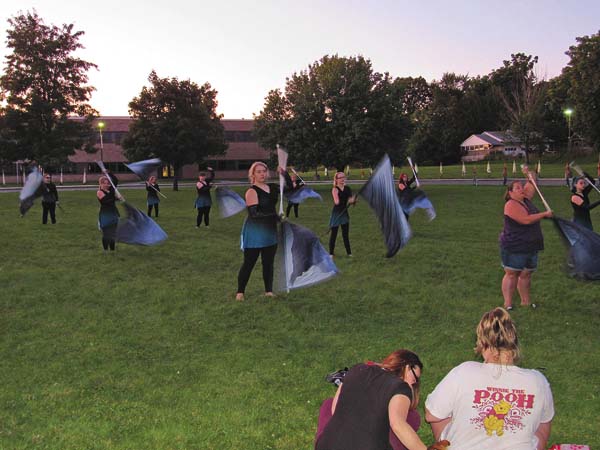 Members of Winterguard, which receives funding through the Johnstown Music Support Group, practices Thursday night within The Circle at Johnstown High School. (The Leader-Herald/Michael Anich)

Members of Winterguard, which receives funding through the Johnstown Music Support Group, practices Thursday night within The Circle at Johnstown High School. (The Leader-Herald/Michael Anich)

With the district’s financially-strapped budget, group officials updated the Board of Education Thursday night at Johnstown High School about the status of its fundraising.

During the meeting, the JMSG conducted a two-hour “Drive The Loop” event the group hosted in the circle outside JHS, which featured bands, vendors and groups practicing into the nightfall. Similar events have been held to raise money for Johnstown athletics for this school year.

The music event showcased various art and music groups in the district. People drove around the front loop at the high school to make a donation, or park in the parking lot and walked around to enjoy student performances. Food was also available for purchase. Proceeds from the event will be used to fund the school district’s music and art programs, including winterguard, drama, jazz band and choral groups.

Inside JHS, JMSG Treasurer Jennifer Sponnoble of Prindle Avenue reported to the board that the group has raised between $7,000 and $8,000 so far, toward a goal of $50,000. 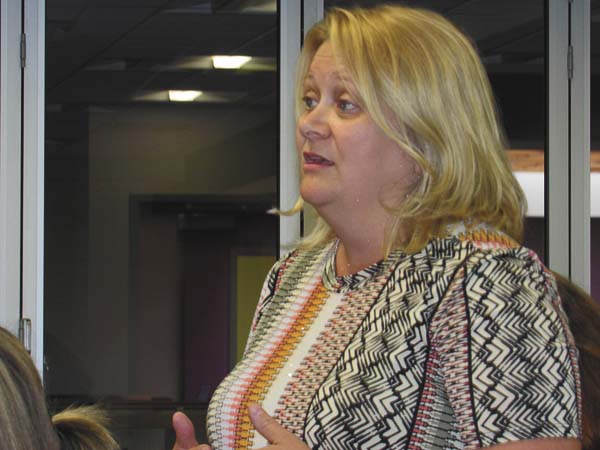 “We also wanted to update you on our process to get an insurance rider,” she said.

Sponnoble said the JMSG is working with the Hoy Insurance Agency. She said the goal is also to let the public know more about what the JMSG is doing.

Dave D’Amore, group president, of East Third Avenue told the board that the JMSG is participating in such activities because of the budget vote. He said the JMSG exists for “music education and extracurricular activity.”

“I’d like to ask if there’s an opportunity to meet with the administration,” he said. “We’re just trying to figure how it all comes into place.”

D’Amore said the JMSG doesn’t want to “cross any lines,” adding: “Thanks for your continued support.”

Administrators said they will meet with the group.

Board member Evamarie Mraz told the board she was also concerned about the lack of a post-prom party this school year because of budget cuts. She said the post-prom party is something that has been done for 30 years for prom-goers in Johnstown. The alcohol-free parties follow the prom and are meant as a safe alternative to other more negative activities students might get involved in after the prom.

“This year, we will not have a post-prom,” Mraz said.

The board member noted that such an activity needs fundraising, insurance and a sponsor. Lacking those, Mraz said the post-prom will be canceled “unless a group comes forward.”

She said it is a “safety issue” for Johnstown students if there is no post-prom activity.

“Where are these kids going to go after the prom?” Mraz asked.