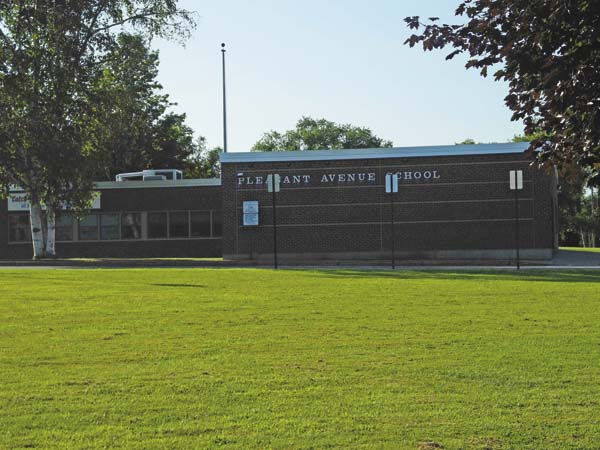 Pleasant Avenue Elementary School - one of the subjects of a consultant report for the Greater Johnstown School District - is seen last week. (The Leader-Herald/Michael Anich)

Among its findings, the report found the Johnstown district has “very reasonable” class sizes at the elementary level, students did “okay” on state tests, and fringe benefits add about 50 percent of the district’s overall salary costs.

A draft final version of the School Facilities Use Study done by Syracuse-based education consultants Castallo and Silky LLC was released to the Long Range Planning Committee Monday night at Johnstown High School.

Consultant Bill Silky took the committee through over 30 findings that the report unearthed to shed light on the current status of the district.

“You have challenges facing you as a district,” Silky said. “Your community has probably been undertaxed in recent years.”

The stated purpose of the study — the final version which will be reviewed Sept. 17 by the full Board of Education — was stated this way framed by two questions: “Are there more efficient and effective options for organizing the district’s grades and schools to ensure a quality education for students while being fiscally responsible to the taxpayers? If so, what are these options?”

The report indicated the Johnstown school district’s enrollment declined from 1,714 students in the 2013-14 school year to 1,575 this past 2018-19 school year, for an 8.1 percent drop. The report said most of the drop was on the secondary level.

“The conclusion we reached is the district has experienced declining enrollment and will continue to experience declines,” Silky said.

By 2025-26, the district is expected to be down to slightly less than 1,500 students, with the drop mostly on the elementary level.

District residents electing to home-school their children has remained “constant” at 30 to 40 annually the past five years, the report said.

“We really don’t see that as a factor that would alter the enrollment projections,” Silky said.

But the report did say the number of Johnstown resident students that attend school elsewhere has been increasing over the past four years, and in 2018-19 there were 25 students who did so.

“This is not unusual in upstate New York, especially in rural communities,” Silky said.

Silky said the report also analyzed class sizes in the Johnstown school district. The report found that in 2018-19, the elementary schools have reasonable class size averages (Pleasant Avenue — 19.7, Glebe Street — 20, Warren St. — 22.3) and because the district has “adopted a grade center model, there is a good balance of class sizes at each grade level.”

“You have very reasonable class sizes at the elementary level,” Silky said.

On New York state grades 3 through 8 tests, the report said Johnstown students typically score about as well as average Fulton County students in English/language arts and mathematics, but lower than the state as a whole.

“Your kids did okay,” Silky said.

Positive key findings in the report included class sizes at Knox Junior High School and Johnstown High School being “strong.” An extensive number of interscholastic athletic opportunities are “available” to Johnstown students, the report said. There is an abundance of space in Johnstown school buildings.

Prior to the most recent capital project, a 2015 Building Condition Survey identified about $38 million worth of work to consider, and most of the work was accomplished, the report said.

“Basically, your buildings are in pretty good shape,” Silky said.

On the personnel side, fringe benefits add approximately 50 percent to the cost of salaries –something Silky referred to as a “hefty amount.”

“Staff reductions are the only way to achieve significant savings in school districts,” the report stated. “A combination of involuntary reductions and attrition might be considered for Johnstown given its current fiscal challenges,” the report said.

Johnstown school district has about $17.1 million in local share of debt service — after estimated building aid –on its current borrowing through 2033-34.

The report said audits done on the district’s findings are good. External auditors rendered an unqualified opinion in the most recent audit report, which is the best finding.

On the other hand, district expenditures are projected to increase at a greater rate than revenues over the next five years.