JENNIFER FARNSWORTH For The Leader-Herald 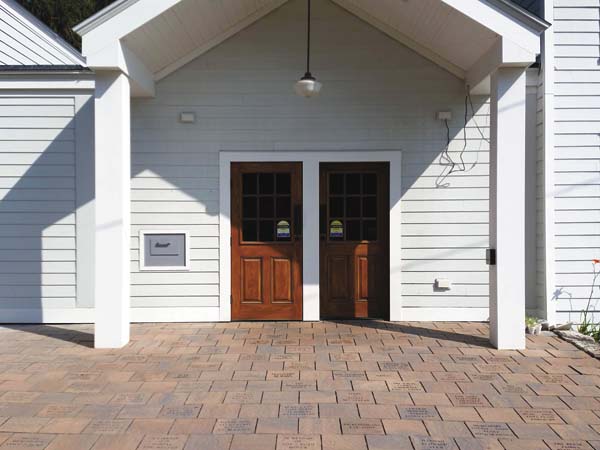 FORT PLAIN — Members of the Fort Plain community, as well as surrounding areas, can become a permanent part of the Fort Plain Free Library’s multi-phase renovation project. The library is working to raise 25 percent of the needed budget that will help to complete renovations through a paving stone project. Library Director Whitney Hubbard said the stone project will aid in paying for the portion not covered by a state grant.

“The Fort Plain Free Library has been incredibly fortunate to have received a majority of construction funding through New York state Public Library Construction grants,” said Hubbard. “The library’s paving stone fundraiser helps generate our local share, 25 percent of the total cost. Without our contribution, we would not be eligible to receive funding from the state.”

The library has been undergoing a series of phases, as described by Whitney, of improvements. As phase III nears completion, Hubbard said phase IV will begin.

“Phase four will include the creation of an event room that will house our adult nonfiction collection and space for tutoring. It will also include the exterior rehabilitation of the historic Greek Revival facade,” she said. “With the completion of phase four, our massive, multi-year capital project will come to an end.”

The state awarded the library close to $180,000 in a grant to help in the reconstruction and expansion program. One of the bricks purchased already states “Read 4 Life.” “Tant ‘ lire et si peu de temps,” meaning so many books, so little time. Another brick reads “Qapla,” or success in Klingon. Linda Kellett, special projects library assistant said those are just a few of the 70-plus messages engraved on brick paving stones making up the library’s River Street main entrance. 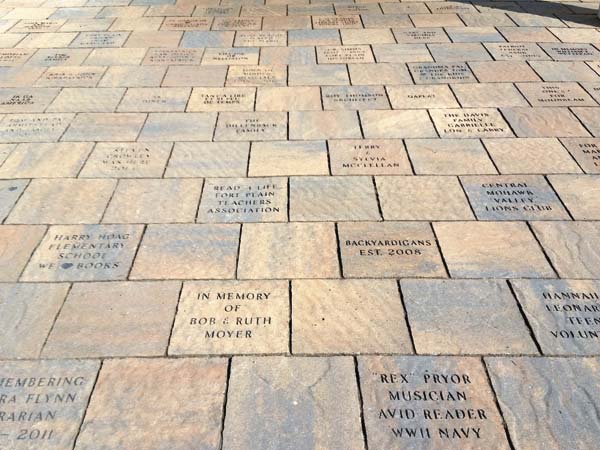 Shown are some of the sponsored bricks as part of the library's fundraising efforts. (Photo courtesy of Fort Plain Free Library)

Kellett said with more than 300 brick paving stones in all, there is still plenty of opportunity for personal memorials, names, or sayings. The cost is $300 per stone, with many being purchased by families, organizations and businesses.

The fundraiser is open-ended, however, Kellett said time is more urgent as McFee Memorials will be engraving pavers on-site only until the end of summer.

As Phase III of construction is completed, sometime in the fall, the library will look to phase four.

The library has been approved for a New York state Library Construction Grant to create shelving units, a gathering space, and a room for tutoring. The front of the building’s pillars and piedmont will receive structural improvements. Hubbard said Phase IV will begin when they receive the actual funding.

“Funds in the library’s operating budget can be used solely for operating expenses. The paving stone project raises funds that are designated for the ongoing construction,” said Hubbard.

For more information about the project, to contribute toward a commemorative paver, or to suggest other fundraisers, please call the 19 Willett Street library at 518-993-4646, or follow the Fort Plain Free Library on Facebook @fortplainfreelibrary.