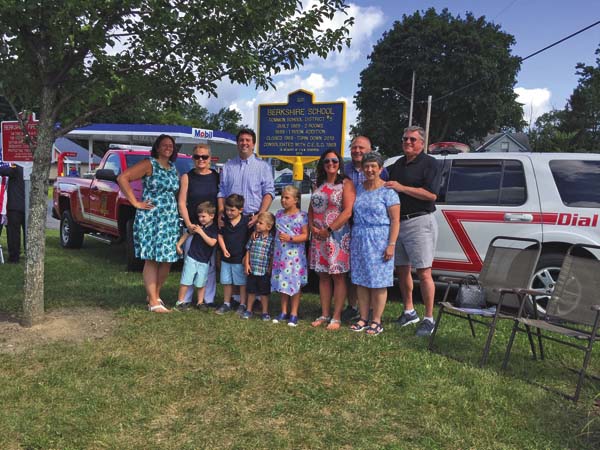 The former Berkshire Common School No. 5 is a shown in a photo from the New York State Museum’s archives. (Photo submitted)

Pictured is the original Berkshire Firehouse built after the Berkshire Volunteer Fire Company was established in 1950. (Photo submitted)

GLOVERSVILLE — Many old schools are long gone, but Michael Gendron of Gloversville wants to make sure they’re not forgotten.

On Saturday, Aug. 10, at 10 a.m., historical markers were unveiled outside CVS at Routes 30A and 29A to commemorate the Berkshire Common School No. 5 and the original Berkshire Firehouse that once stood there.

“I want people to know that the Berkshire community was a vital part of Fulton County,” said Gendron, who passion is to research and publicize old schoolhouses and school districts in the county, of which 109 existed in 1856.

“The Berkshire community was a vital community with its own church, its own school and its own firehouse.”

Berkshire is personal to him because he grew up there, attended the common school from kindergarten through grade two, and his father and mother, Fernand and Mary, were charter members of the volunteer fire company. 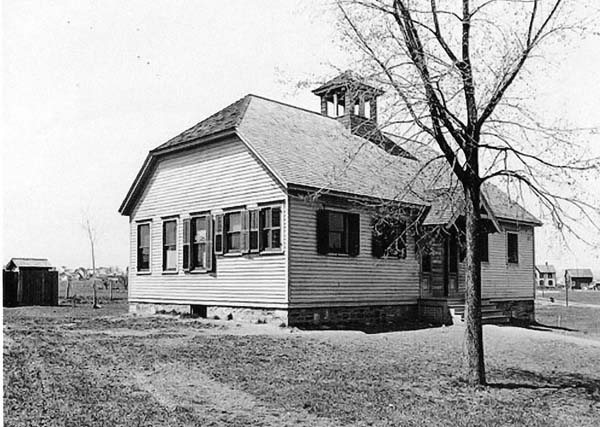 The former Berkshire Common School No. 5 is a shown in a photo from the New York State Museum’s archives. (Photo submitted)

For the most part, “there’s no memory” of the school and firehouse, he said. The county’s one- or two-room schools and their districts were eventually merged with larger school districts.

Gendron said that when Route 30A was built in the 1950s, it cut through Berkshire. “We all walked to school, and my parents did want me to cross the arterial,” he said. Instead they transferred him to the Broadalbin school district.

The two-room Berkshire schoolhouse was built in 1869, and a third room was added in 1938. It was closed in 1969 and torn down in 2010. The Berkshire district was merged with Gloversville schools. The volunteer fire company was created in 1950.

So far, Gendron said he has researched 80 of the 109 districts in the county and writing a book about them is his long-term goal. 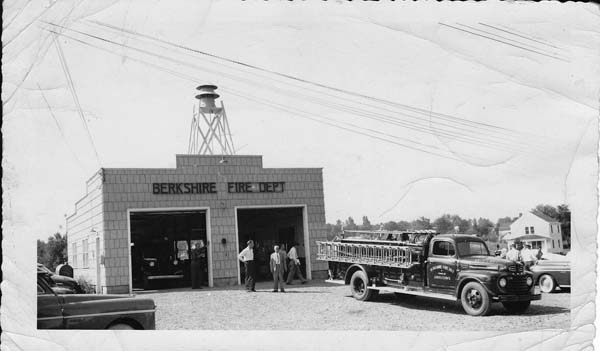 Pictured is the original Berkshire Firehouse built after the Berkshire Volunteer Fire Company was established in 1950. (Photo submitted)

He said his talks have “generated a lot of memorabilia” and conjured up memories. One woman, he said, recalled that “her husband rode a horse to school [Hales Mills School] from the farm.”

Gendron was a teacher from the Gloversville Enlarged School District, retired as director of the Hamilton-Fulton-Montgomery Board of Cooperative Educational Services in Johnstown, and was an 18-year member of the Fulton County Board of Supervisors. 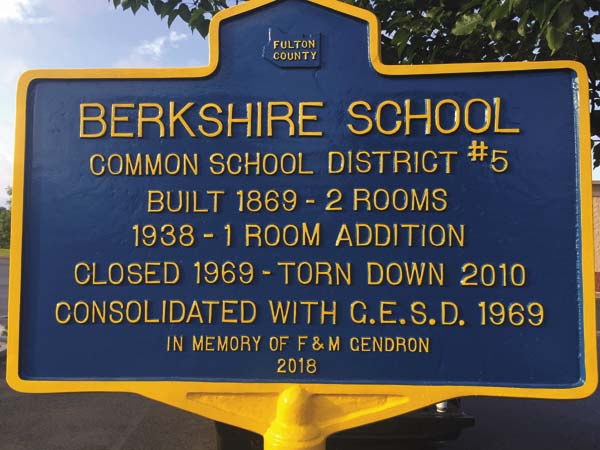 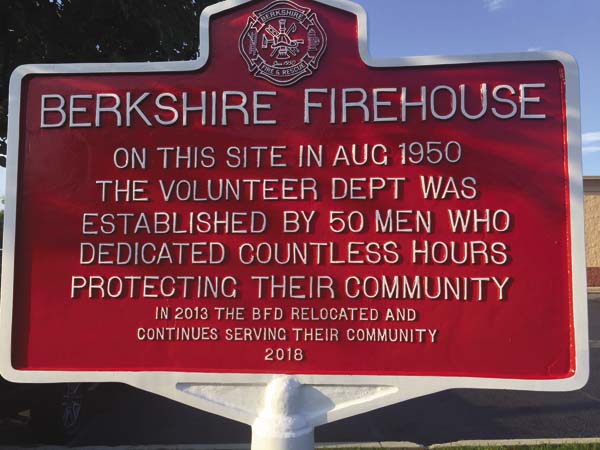