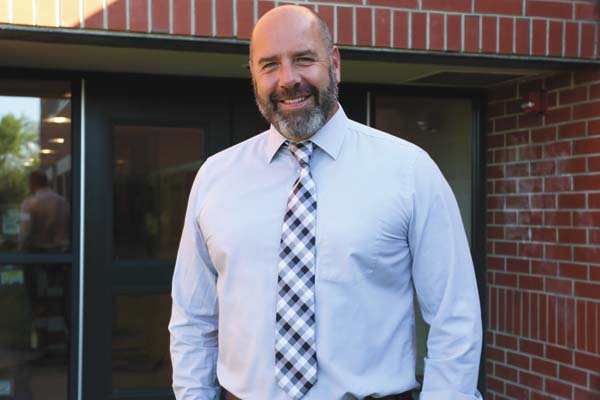 GLOVERSVILLE — With the first day of classes just days away, Gloversville Enlarged School District Superintendent David Halloran is looking forward to a new school year brimming with opportunity and a host of new methods for the district to connect with both students and parents.

“We hope people notice the difference and feel that Gloversville school is doing a really good job of reaching out to the community, making it easier for the community to interact and interface with us and hopefully we do a better job of showcasing all of the things that are transpiring,” Halloran said.

Now entering his second year as head of the school district, Halloran has worked with teachers and administrators to introduce a number of structural changes, techniques, technology and personnel intended to meet the needs of students while keeping them actively engaged in learning.

To promote student at all grade levels, ahead of the 2019-20 school year the district created a new assistant director of student support services position over the special education department and appointed former Director of Secondary Instruction and Curriculum Director James Wager to the assistant superintendent vacancy after altering the nature of the position to provide oversight to academic programming. 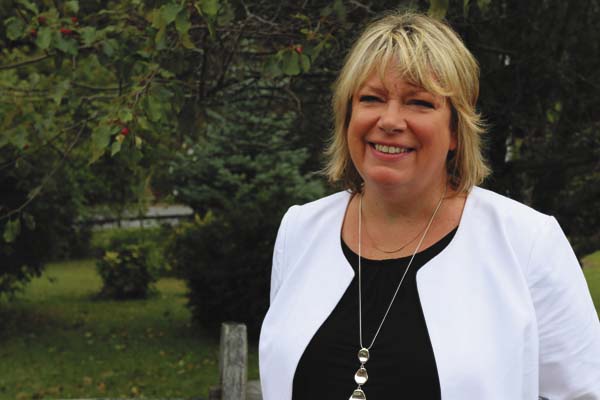 “Brian is the best candidate for Boulevard. He is one of the most experienced administrators we have. He has an innate ability to relate with kids, he is trusted by parents and staff members follow his lead,” Halloran said. “I think Brian has the right temperament and vision to help Boulevard take a great leap forward.”

DiPasquale will be joined at Boulevard by Cody Headwell taking over the position of assistant principal from Lisa Priolo who the district named the new principal at Park Terrace.

“Lisa Priolo is a seasoned Gloversville employee,” Halloran said. “She worked really well with Tom at Boulevard and in the interview process she stood out as someone who’s certainly ready to take her own building and Park Terrace is an ideal place for her to go. Brian did a great job with the staff there and I think he left a lot of good systems in place. Lisa will bring her own ideas to bear and I fully expect Park Terrace to continue to move in a positive direction.”

In addition to taking on new administrators, Halloran said the district hired about 19 new teachers this school year to fill openings left by retirements and departures who he hopes along with returning staff members will embrace new teaching practices and technology. 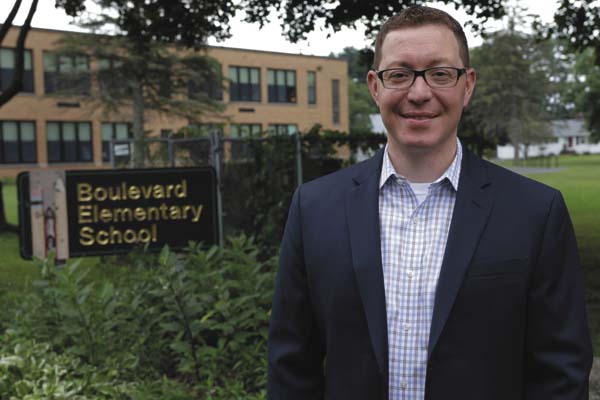 “One of the challenges that we’re going to put on teachers this year is to differentiate instruction so the students are more actively participating in the learning process instead of being passive receptacles,” Halloran said.

To engage students in kindergarten through eighth grade the district will begin using i-Ready software that provides online instructional tools and assessments in reading and math that track student progress. The program provides individualized instruction to students and assessments measure student performance to provide questions that challenge each student at their skill level.

The software will be accessed on banks of Chromebooks featured in the classrooms of teachers who plan to use the devices for instruction. The district is moving away from assigning laptops to each student after complaints from teachers that students didn’t bring the computers to school and from students frustrated by having to carry another item to school that teachers didn’t make use of. Chromebooks will still be available for students without home computers to sign out as needed.

“One of the challenges that we’re going to put on teachers this year is to differentiate instruction so the students are more actively participating in the learning process instead of being passive receptacles,” Halloran said.

Additionally, a number of classrooms across all grade levels will benefit from the installation of 30 to 40 Promethean boards in the classrooms of teachers interested in using the interactive tool for instruction. Promethean boards act as both a white board and an interactive digital projector that can display computer images that can be manipulated or written on during instruction.

“Kids are already using technology all the time outside of school, to bring them back in expecting them to crack a textbook and pull out a three ring binder notebook and start writing is not realistic. Not that it’s not important to write and read from hard texts, it is, but there needs to be other mediums that we’re using to inspire them to want to learn,” Halloran said.

Halloran is hoping to inspire both students and parents to become more engaged with the district and school news following the appointment of Osama Mustafa as the district’s public relations specialist effective July 29.

“The most important aspect of what he’s going to bring to the table I think is that he will be revolutionizing the way we communicate to the community using more digital platforms,” Halloran said. “We need to do a better job of telling our story.”

Mustafa will provide full-time communications services for the district, taking over from BOCES staff members who previously provided the service two-days a week. In addition to populating the GESD website with content, including news stories, Mustafa will produce video content and take photos from district activities and events that will be posted on Facebook, Twitter and Instagram.

Additionally, Halloran said Mustafa and members of the IT department have already helped bring the district into the digital age by developing online Google forms to replace paperwork for things like elementary school shuttle bus signups that previously had to be picked up at school offices, filled out and returned to office staff who turned the papers over to the transportation department.

One of Halloran’s biggest focuses for the coming school year is lowering school absences and improving academic performance through programs at the elementary, middle and high school levels.

At the elementary level the school will introduce “Strive for Five,” a system designed by DiPasquale and Headwell asking parents to track their child’s attendance throughout the school year on a progress sheet with the goal of seeing students in school five days a week without missing more than five days a year.

Gloversville Middle School this year will implement a new team concept for grouping students by grade level and across the school called “Color Wars” that will introduce a competitive element to school activities.

Teams of students will compete for points in daily, weekly and quarterly categories such as performing the most random acts of kindness, best attendance and best effort in class. Team scores will be displayed throughout the school building to let students know how their group is doing both by grade level and as a whole. Points will be used to award prizes depending on the size of the accomplishment from small rewards like a pizza party to large rewards like a school trip to Boston.

At Gloversville High School a mentor program started during the 2018-19 school year will be expanded to reach more students. Under the program students who are at risk of failing are matched with a teacher, administrator or other individual from the school community. Mentors meet with students regularly based on the student’s needs and their availability to discuss how they are doing academically and to offer guidance and support.

“If students can build positive relationships with people here that in and of itself could incentivize students to come to school,” Halloran said. “A lot of our students they’re not going to get up and climb the hill in the middle of January because they need to turn their homework in or for a quiz, but they will come up that hill for someone who wants and expects to see them.”

Overall Halloran expressed his excitement over the new initiatives GESD will roll out this school year, hoping the implemented changes will be just as exciting for students when they return to school on Wednesday.

“I want kids to be excited being here because they are being celebrated for good attendance, for putting forth their best effort, for being good citizens,” Halloran said. “I think if we make learning engaging, fun and give kids the opportunity to really explore their own potentials kids will come to school.”