Caroga Arts and Utica Dance to join for collaborative performance 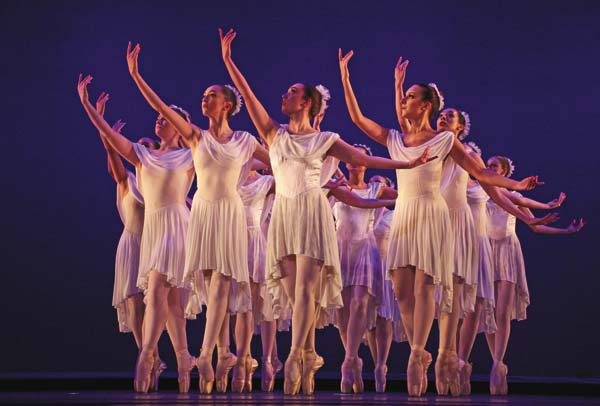 Students from Utica Dance will perform at the Glove Theatre in Gloversville on Thursday at 7 p.m. accompanied by a live performance by the Caroga Arts Ensemble. The performance is free to attend. Donations to support the Caroga Arts Collective will be accepted. (Submitted photo)

Students from Utica Dance will perform at the Glove Theatre in Gloversville on Thursday at 7 p.m. accompanied by a live performance by the Caroga Arts Ensemble. The performance is free to attend. Donations to support the Caroga Arts Collective will be accepted. (Submitted photo)

Students from Utica Dance will perform at the Glove Theatre in Gloversville on Thursday at 7 p.m. accompanied by a live performance by the Caroga Arts Ensemble. The performance is free to attend. Donations to support the Caroga Arts Collective will be accepted. (Photo submitted)

GLOVERSVILLE — Professional musicians with the Caroga Arts Ensemble will combine their talents with members of Utica Dance this week for their first ever collaborative performance of live music and dance at the Glove Theatre on Thursday at 7 p.m.

Artistic and Executive Director of Caroga Arts Collective Kyle Price said on Monday that the collaboration came together through conversation with Utica Dance President and Artist Director Nancy Long, a longtime Fulton County resident and supporter of Caroga Arts.

“We were talking about how fun it would be to collaborate,” Price said. “She was equally interested in working together and said let’s explore it this year.”

Price, who directs the Caroga Arts Ensemble comprised of professional musicians from around the country, said the discussion evolved after last summer’s 2018 Caroga Lake Music Festival and he visited Utica Dance this spring to see the modern dance and ballet routines that Long choreographed with her students for the performance to begin selecting music.

“It’s a unique collaboration for us,” Price said. “This is the culmination of a lot of groups coming together to make this possible.” 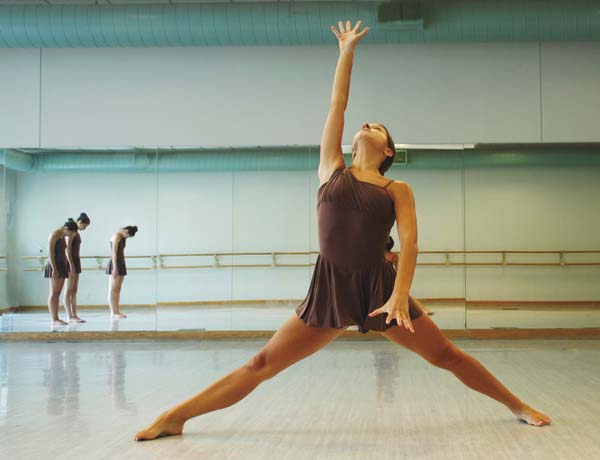 Students from Utica Dance will perform at the Glove Theatre in Gloversville on Thursday at 7 p.m. accompanied by a live performance by the Caroga Arts Ensemble. The performance is free to attend. Donations to support the Caroga Arts Collective will be accepted. (Photo submitted)

Price said this week’s performance will follow the structure of a typical Caroga Arts Ensemble concert with smaller groups of three to eight musicians playing a mixture of styles for roughly 45 minutes before intermission after which the full ensemble of 25 to 30 musicians will accompany performances by 11 students from Utica Dance along with two professional guest dancers.

“I think there will be something really powerful about watching this on stage that will really captivate an audience,” Price said. “The dancers at Utica Dance don’t just specialize in ballet, but multiple dance style that gives them multiple layers of influence to reference which makes it that much more exciting.”

“These are world class dancers,” he added. “They can really bring dance to life and reach an audience.”

In addition to ballet, Utica Dance offers lessons in jazz, tap, contemporary and other dance styles at all levels. Speaking on Monday, Long said that the 11 dancers who will perform on Thursday are primarily high school students who have studied dance for many years, noting that several of the students have professional aspirations in both ballet and modern dance, including Isabella Pedulla who will continue studying at Skidmore College in the fall.

Long said dancers will perform three pieces, two of which will be modern while the third will be similar to a classic ballet set to Antonio Vivaldi’s “Concerto No. 4 in F minor, Op. 8, RV 297, ‘Winter.'”

“What distinguishes this from strict classical ballet is the use of floor work and it’s somewhat more athletic, it uses a wider range of dance moves,” Long said.

While the ballet piece that will close the performance will utilize fluid movements reflecting the lyrical rhythm and dynamics of the music, Long said the first piece members of Utica Dance will perform, “Primate,” will be fast-paced, angular and intense styled after the music the Caroga Arts Ensemble will perform, Alberto Ginastera’s “String Quartet No. 1, Op. 20.”

In between the two pieces, professional dancers Casey Loomis, Long’s daughter, and Jeff Bliss will perform a duet, “Underside,” featuring natural and understated soulful movements developed through a process of structured improvisation set to Caroline Shaw’s “Entr’acte for String Quartet.”

“I think the people who are attending the performance may already be fans of chamber music and seeing the music visualized adds another dimension,” Long said. “When somebody is watching dance the audience gets to decide what it means to them like looking at any art or listening to any music it will move each individual differently.”

“The musicians are exhilarating to be around. There’s a level of excitement in their playing and I am glad that my students have the opportunity to dance to live music,” she added.

Both Long and Price agreed that they are excited to bring the performance to the historic Glove Theatre, which Price described as the perfect venue.

“The acoustics in the Glove are spectacular, it’s not always a given when you think of performing in an old theater,” Price said recalling playing at the theater last year with the Caroga Arts Ensemble. “I think it will be interesting to see a large orchestra and ballet working there and I think the space is really magnificent for something like that.”

“I think anybody who has lived in the community will like to see new life coming to the Glove Theatre and perhaps see the theater used in a way that it has not been used in many years,” Long said. “We also travel with our own lighting technician so we are hoping the space will come alive.”

Price and Long said that they hope the collaboration between the Caroga Arts Ensemble and Utica Dance will continue for the development of future performances. This week’s performance was made possible with grant funds from the New York State DanceForce, a partnership program of the New York State Council on the Arts with the support of Gov. Andrew Cuomo and the state Legislature.

“It’s very exciting to be bringing something that we hope will enrich the community and maybe inspire participation in either dance, music or renovating the theater,” Long said. “Just being able to bring the grant money to Fulton County for a project is exciting.”

“What I think is really exciting about this is the opportunity for us to combine two large art forms doing something people usually have to travel to Saratoga to see,” Price said. “People who [come] will get to go back into the past and see an opera house brought back to life to when you could see a live orchestra and ballet performed together. And they will also be seeing the future for the Glove.”

The Caroga Arts Ensemble will perform with Utica Dance at the Glove Theatre located at 40 N. Main St. on Thursday at 7 p.m. Admission is free and open to the public. Donations to support the Caroga Arts Collective will be accepted. For more information about the performance and other performances featured in the summer’s ongoing Caroga Lake Music Festival visit carogaarts.org