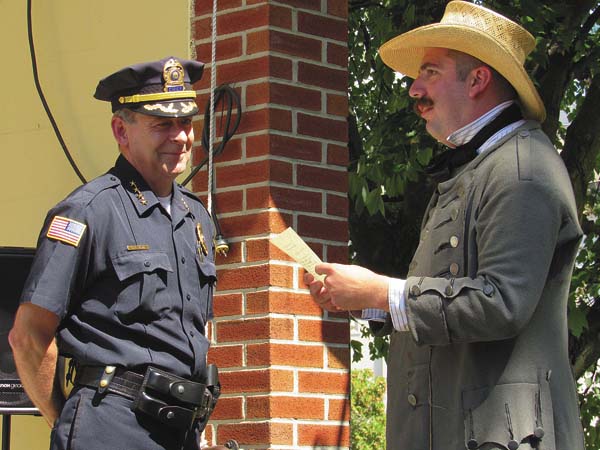 JOHNSTOWN — Justice moved swiftly on Saturday as lawbreaking city-folk were convicted on all charges and thrown in the stocks until their debts to society were paid during the Johnstown Historical Society’s first-ever “Jail N Bail” fundraiser.

The Johnstown Historical Society issued arrest warrants earlier this week accusing locals of breaking Colonial-era laws such as riding a bicycle over six miles per hour, selling liquor on election day, baking bread that is not regulation size, peddling wares near the railroad, practicing witchcraft and permitting ducks to run at large.

The accused were rounded up at Sir William Johnson Downtown Park on Saturday by constables Noel Levee and Rodney Schuyler, members of the Johnstown Historical Society, who brought each suspect before Assistant City Court Judge Michael Viscosi who presided over “court” at the Charles Jenner Memorial Bandshell.

Viscosi reviewed all charges before handing down sentences to fit the crimes; incarceration in the downtown stocks. The cost of freedom for the convicted criminals was $100 in bail to be raised by their friends and family.

According to Johnstown Historical Society Board Members Pat Buell and Chris Simek, each of the offenders on Saturday got off easy, receiving sentences of 10 minutes in the stocks for charges that once carried sentences of at least four hours in the pillory where they would be pelted with rotten vegetables and trash by their fellow citizens. 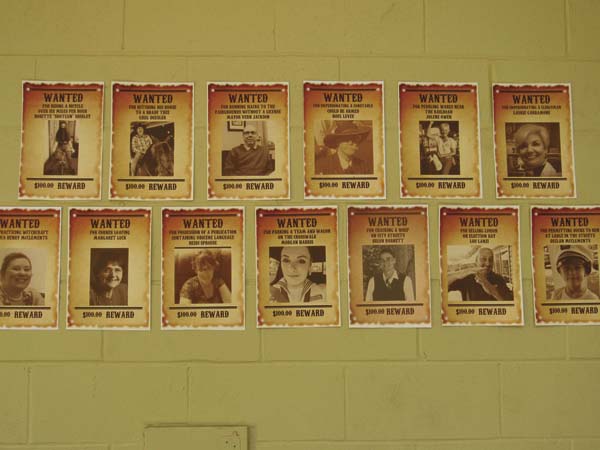 “We have three historic buildings in Johnstown and they need maintenance and upkeep and the only way we can stay on top of that is to raise money for those repairs and upgrades,” Simek explained. “It’s a fun historical event, this ‘Jail N Bail,’ and we want to thank everybody who volunteered to help us raise money.”

The society sought volunteers to face arrest and raise at least $100 in “bail” to be donated to the society for breaking actual colonial era laws that were once on the books according to city records.

“We spent a lot of time in the basement of City Hall,” Buell said jokingly of the preparation for the event.

Mayor Vern Jackson participated in the festivities, saying “I think this is a great idea, it’s good for the historical society, good for the city and it looks like it will be a lot of fun.” 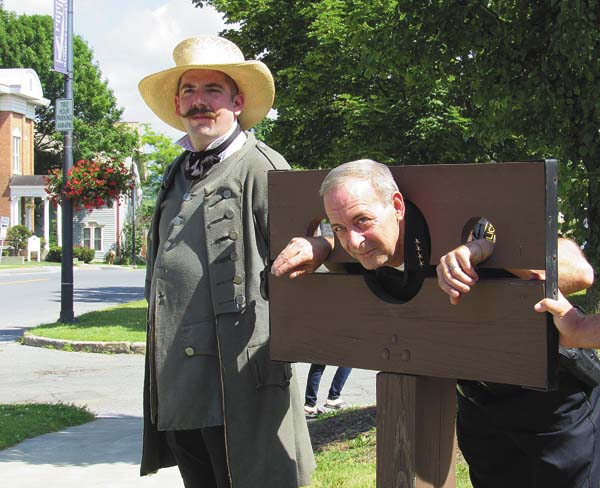 His tune quickly changed when it was time to face the music and the charge leveled against him of running hacks to the fairgrounds without a license.

“I’m not guilty,” Jackson said before he was led before the judge who he claimed wouldn’t give him a fair a trial. “I’m a politician.”

Viscosi’s decision against Jackson was swift, the mayor was found guilty and sentenced to the stocks where Jackson called out, “I’m innocent,” to the gathered crowd of onlookers.

Jackson was released from the stocks after a few minutes and presented his bail money without showing any signs of remorse.

The local citizenry showed little compassion for the assembled cast of criminals, telling Officer Eric Johnson to “look ashamed” after he was convicted of firing his gun on the Sabbath day and calling out “it’s rigged” when Viscosi noted during the proceedings that Jolene Owen had already arranged bail. 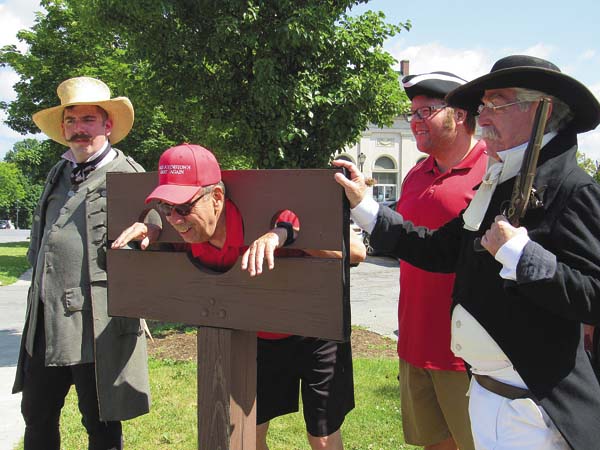 Only Police Chief David Gilbo seemed sorry for his behavior after he was convicted of failing to keep a required list of “tramps” or people who pass through the city.

“I’m going to try to amend my ways,” Gilbo said after serving out his sentence in the stocks.