CAC: Sherman’s would remain public use 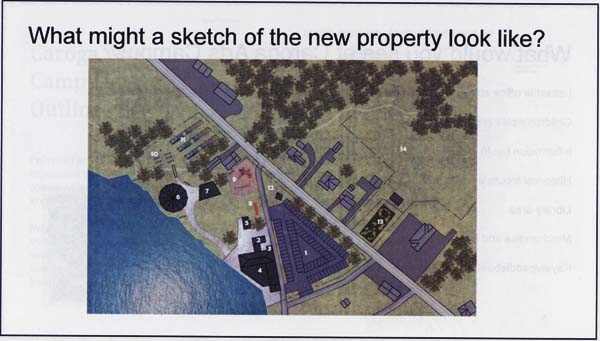 Editor’s note: This is the second in a series of the CAC’s proposal for the Sherman’s property in Caroga.

CAROGA — Members of the Caroga Arts Collective shared their creative vision for the future of the town during the CAC’s public proposal to purchase the Sherman’s Amusement Park property in order to create a Caroga Arts Campus Wednesday night.

Kyle Barrett Price, executive and artistic director of the Caroga-based not-for-profit organization, faced a crowd of onlookers as he presented the CAC’s intention to purchase Sherman’s from the town for $50,000. The space would remain open and available to the public while being used as a community area for a variety of musical, artistic and educational events associated with the CAC and the town.

“[We are] trying to update the property to bring in the next generation and make it a community space again and make it accessible so it’s not just falling down around you,” Price said. “When you walk in and you want to have a picnic, there’s actually a picnic table and places to enjoy a meal, a place to watch a concert and to feel that there’s an accessibility there and that someone’s caretaking for the future of that property.”

The Caroga Arts Collective was established in 2016 as an “expansion of the Caroga Lake Music Festival which started with eight musicians in [Price’s] grandmother’s house in 2012.” Since then the CAC has established itself as a non-profit artistic and educational organization with numerous programs aimed at revitalizing the town. 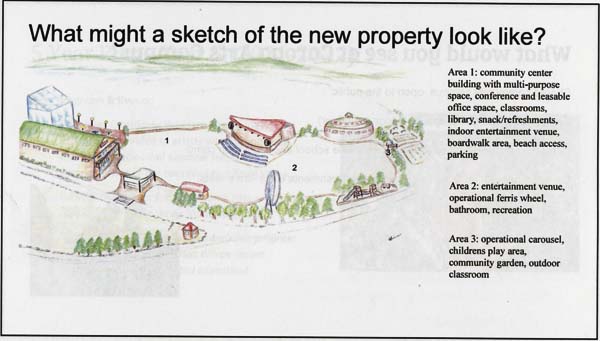 “Our mission is reigniting the Caroga experience through interdisciplinary and inter-arts collaboration among musicians, artists, scholars, and the community,” Price said. “How can we as artists be the best asset and voice to the town as possible? Because that’s why we’re really focused on getting your feedback and seeing how we can be an advocate for this town when we travel around the country and around the world telling people what Caroga Lake is and how much we love it.”

Since its inception, the Caroga Arts Collective has grown from a week-long concert series featuring eight artists in 2012 to featuring more than 150 artists over a 10 week period in 2018, including Glen native Sawyer Fredericks. The CAC also features a cello institute with artist residency at the Nick Stoner Inn, and the MyHil Film Series which Price said will “bring in the winners of the Tribeca Film Fest in New York City, people who have appeared on the Sundance Film Festival and other people with local ties including Ted Farnsworth, who is a multi-Oscar winner who actually has a place on Caroga Lake.”

In addition, the CAC is also in the process of expanding its educational services to better serve local musicians and artists.

“What makes us really excited about this, and it’s kind of on a sour note, is that Wheelerville offers an amazing music program. It’s great that they have that opportunity to study K-8 doing music,” Price said. “But Johnstown and Gloversville High Schools, talking to their teachers, it’s very likely that their music programs will be completely cut and non-existent. So your kids who have studied with Wheelerville school up until eighth grade have nowhere to go for the next four years if they want to pursue their musical [ambitions]. So seeing how we can be helpful in providing these opportunities for your students, making it accessible to them to continue those educational opportunities that Wheelerville sets up so well I think is a huge part of where we are seeing that we can really be of service to the town.”

Price, in his presentation, offered several sketches of what the Sherman’s property might look like if the CAC were to receive the Sherman’s property to give the public “an idea of what it might look like or what it could be… just [to] give you a little bit of the ability to dream with us.” The sketches feature a community center, an entertainment venue, and on operational carousel surrounded by a children’s play area, a community garden and an outdoor classroom.

“Essentially [we’re] thinking [of Sherman’s] not only as a destination for the southern Adirondacks –or just a place that has a beautiful lake and a mountain and some stuff going on — but really thinking about it as the destination for the southern Adirondacks. Becoming the place that it was in the ’20s, ’30s, ’40s, ’50s. Thinking about what makes this special, what makes this unique. It could be really incredible with a positive, collective effort, and I think that’s what we’re continuing to work on,” Price said.

The CAC has agreed to a mandatory referendum in order to get the public’s approval for its purchase of the property. It has also agreed to pay the equivalent of the town and fire tax so that the town does not lose that source of revenue, and to offer the town the right of first refusal within the first three years of the CAC decides to sell the property.

“The town has had a problem in trying to deal with Sherman’s. We’re at the point now where we feel that we may be the solution. We feel the first step is to have this referendum hopefully pass so that we can be the umbrella organization and move forward to make what can happen with Sherman’s be the center of Caroga Lake. We want this for the community,” Ruby said.

“There were rumors that this was going to be an exclusive playground for a bunch of rich musicians,” Ruby went on to say. “Folks, that is the farthest thing from the truth. It is absolutely inaccurate and I hope the track record of this young man [Price] and what he has done [is proof of that.] The organization of people that he has gotten and has brought together from East Caroga, West Caroga, Pecks Lake, Pine Lake — it’s so positive and that’s all we’re looking to do. We want to help revitalize local culture and business life and we know that Sherman’s being a centerpiece for this community, it fits right into it and that’s why there’s such an opportunity and we’re excited to involve you to see how your dream for the property comes true as well.”

A proposal by John Lorence for Sherman’s will take place before the board at town hall on Wednesday at 7 p.m.