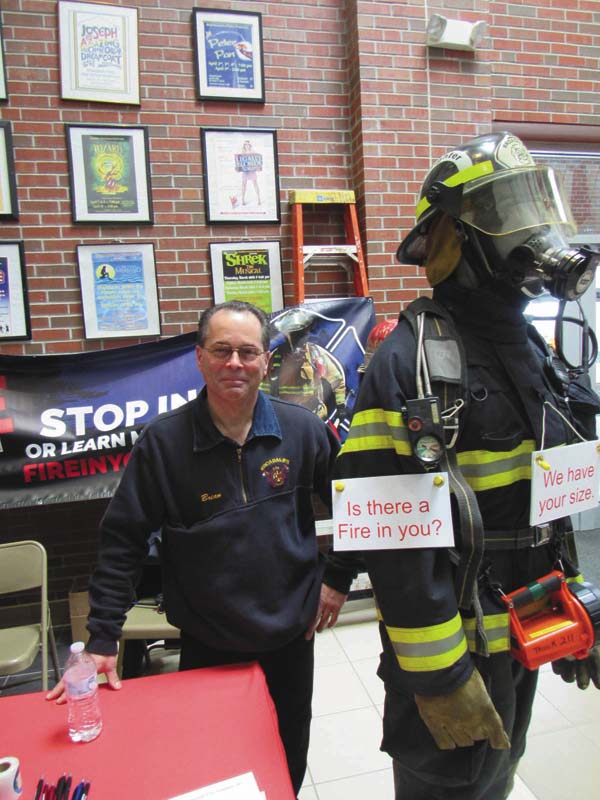 Brian Cornell of the Broadalbin-Kenyetto Volunteer Fire Company stands next to a firefighter mannequin at the company's booth during the Fulton and Montgomery Counties home show March 30 at Broadalbin-Perth High School. Recruit NY will be this weekend. (The Leader-Herald/Eric Retzlaff)

Caroga Lake firefighter Ralph Palcovii remembers the good old days, back in 1976, when the community’s volunteer fire company had 65 members and “a waiting list” to join.

He said it was a “rite of passage” then for young adults “to grow and mature and support the community.”

The company now has 35 members, the responsibilities have grown, and the amount of equipment has increased. When the company was founded more than 65 years ago, firefighting was its only job, said Palcovii, a former chief and assistant chief with the group.

Caroga Lake is one of five Fulton-Montgomery volunteer fire companies that are running open houses this weekend to show their communities what they are doing and hopefully recruit new members.

The effort is part of RecruitNY, a statewide effort by the Firemen’s Association of the State of New York to interest more men and women in becoming volunteers.

“We’re always looking for new members, and it is our hope that after seeing the incredible camaraderie of the firehouse close up, more people will become interested in becoming part of our special family.”

Last year, more than 350 fire departments across the state held recruitment open houses, according to a FASNY news release. FASNY is planning for an even higher turnout this year.

While the shortage of volunteer firefighters is a nationwide problem, a paper from a 2014 symposium held in Clifton Park for fire services in the state mentions an aging population and young people moving out of New York as two reasons for the firefighter shortage. The fact that “two-earner couples and single-parent households have less time for volunteering” was another reason.

Also, family mobility and “the dispersion of extended families” affecting community identity and cohesion were among the other causes cited.

The need for volunteers has grown as the responsibilities of fire companies have morphed from only fighting building blazes and forest fires to search and rescue, ice rescues, freeing people pinned in vehicles after accidents, and being first responders to individual crises and community disasters. A sudden windstorm that caused damage and injuries at Pine Lake in the summer of 2016 was an example of a disaster that brought in Caroga firefighters as first responders and a range of other emergency personnel. 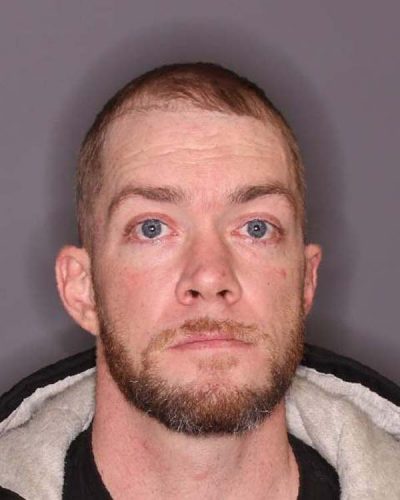