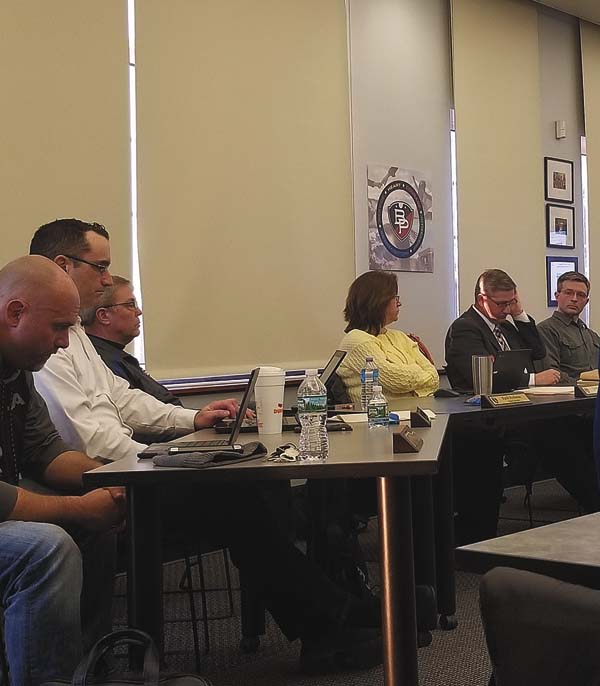 One of the main topics on the agenda for the evening was the topic of state aid. It was brought to the attention of the board by Superintendent of Schools Stephen Tomlinson that the state aid is the largest area of funding for Broadalbin-Perth schools.

“We are hoping to be somewhere in the middle and historically that is usually where we end up,” said Tomlinson.

The next type of aid that was discussed was expense-driven aid for HFM BOCES, which generally states that for every dollar spent on HFM BOCES, the school receives 70 cents back.

“Our greatest concern is that the foundation aid will run itself as it has in the past, but if they change the expense driven aid it is going to fundamentally change the way schools in our region spend money,” said Tomlinson.

Before any of that was discussed however, the board was entertained with a performance by the musical department, which demonstrated some of the new instruments that were granted to the school in lieu of a request for higher quality sound.

Following that, a group of students that were part of the robotics team known as the “Nut Jobs” provided a demonstration of the robot they used in competition to offer a firsthand account of their own experience and what the robotics program has meant for the school.

Other topics that were discussed included technology both on the school grounds, as well as Broadalbin-Perth transportation services, namely buses. The technology has helped law enforcement issue tickets to vehicles that pass the bus when the vehicle is stopped and has the red stop lights on.

Near the end of the meeting, Board President Robert Becker, discussed the proposed broadcast agreement that Capital Region Sportsnet has with the Foothills Council to air sporting events beginning in the fall of 2019.

In the agreement, Sportsnet does not charge any of the schools in the Foothills Council, which Broadalbin-Perth resides and plays in, a fee, as well as the ability for fans to stream the game online for free as well.

The next meeting for the Broadalbin-Perth Central School District Board of Education will be April 15.