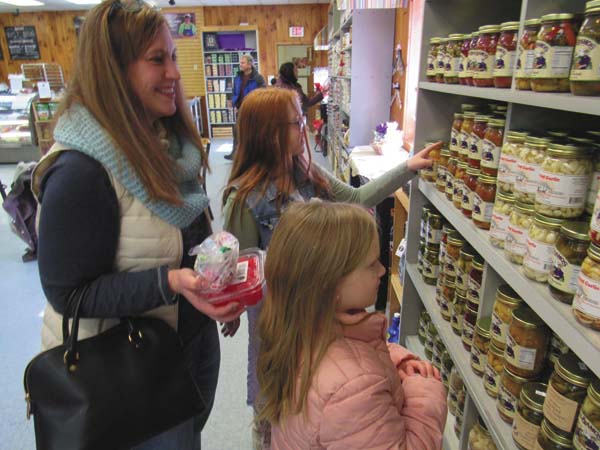 Carrie Ann Schmidt of Glenville with daughters, from left, Addison and Ava, look over food on Saturday at Liberty Fresh Market on Route 30 in Amsterdam. (The Leader-Herald/Eric Retzlaff)

AMSTERDAM — Deserae MacDonald of Gloversville really appreciates Liberty Fresh Market on Route 30 “because there are not many stores like this that have natural, local products.” To which her daughter Brianna added, “and great cookies.”

Unfortunately Saturday was a farewell day with special promotions for the market’s customers as it plans to close for good on Feb. 8 at 6 p.m. Discounts will continue to the end.

Run by Liberty ARC, the store has functioned for more than four and a half years as a real-world retail-training facility for the people Liberty serves and for high school student interns seeking job experience.

Despite a steady stream of devoted customers and regular advertising, the income has not been enough for the market to be “financially self-sustaining,” said Erin Abele, director of employment services and industrial operation.

“We’re closing our doors forever,” she said, adding that workers will have other jobs with Liberty. Sales were improving, but not enough. “At some point you have to make a difficult decision.” 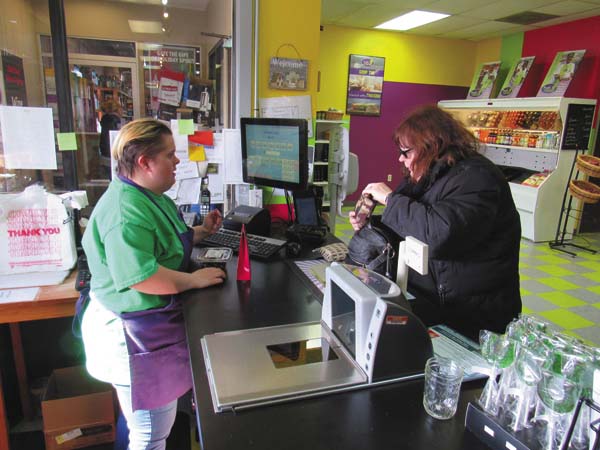 On the flipside, Liberty is planning to open a limited-menu cafe at its main facility at 43 Liberty Drive off Route 5S to serve its employees, clientele and the public starting by the middle to the end of March, Abele said.

Carrie Ann Schmidt of Glenville is a regional director with Liberty and takes advantage of the market’s in-house bistro, bakery and deli. “I love the sandwiches,” she said. “They have the best sandwiches. I come here for lunch.”

Breauna Theobald, who is served by Liberty, was working as cashier Saturday. She has been with the store since it began. Theobold said she loves involvement with people. “My favorite is cashing out and seeing new people,” she said.

Running the bistro, deli and bakery was Bridget Brownell of Johnstown, who has worked with people with disabilities. When the market job became available, she applied because “it seemed like a neat program that empowers people with the skills they need to be successful,” she said.

Skills and responsibilities learned in a grocery store that Abele ticked off are almost too numerous to mention, but the experiences — “skills they never would have had” — have enabled former market workers to gain mainline retail positions, she said. 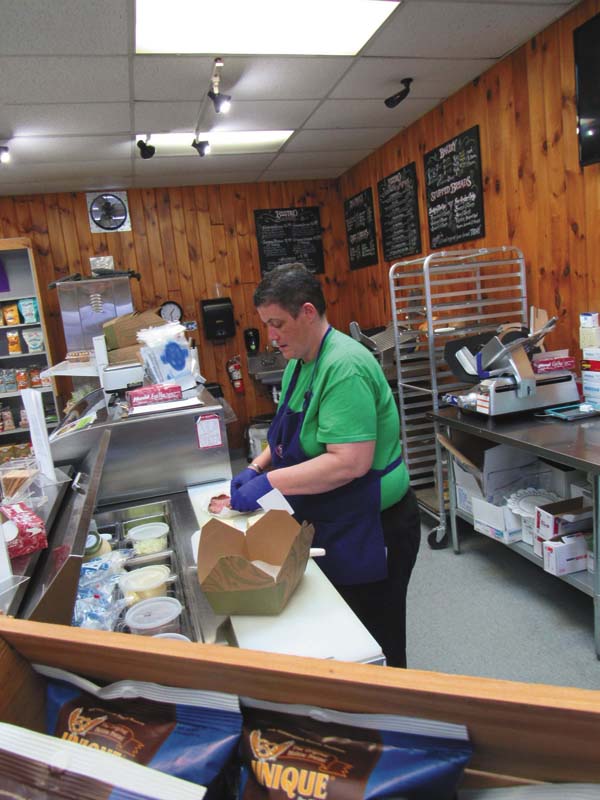 Bridget Brownell of Johnstown makes a sandwich for a customer in the deli on Saturday at Liberty Fresh Market on Route 30 in Amsterdam. (The Leader-Herald/Eric Retzlaff)

Abele said the closing is a sad event for both employees and customers. “This is certainly an intimate place,” she said. “We know our customers by name, and they know us by name.” 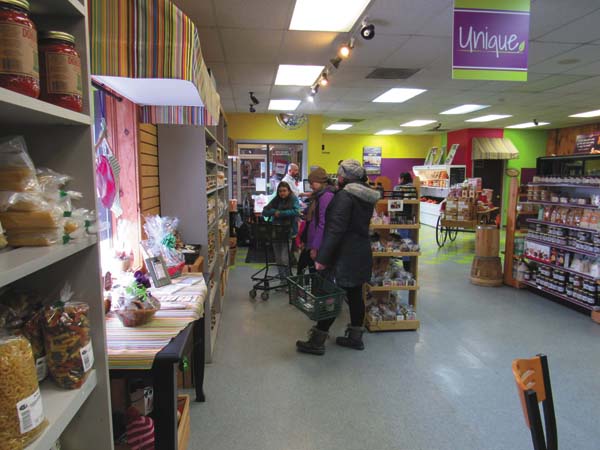 Shoppers look around on Saturday at Liberty Fresh Market on Route 30 in Amsterdam. (The Leader-Herald/Eric Retzlaff)