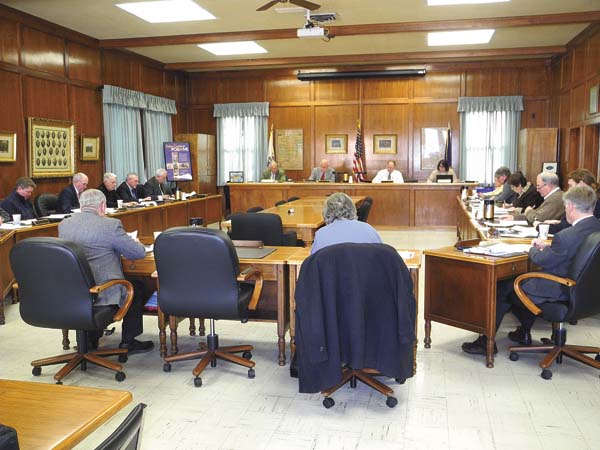 The Fulton County Board of Supervisors approve appointments for the coming year at its meeting Monday at the County Office Building in Johnstown. (The Leader-Herald/Michael Anich)

JOHNSTOWN — The Fulton County Board of Supervisors on Monday started its first regular meeting of the new year by naming persons to various county-related groups for 2019.

Action by the board came during a personnel-dominated agenda at the County Office Building.

“We are back,” said county Administrative Officer Jon Stead. “This is traditionally the meeting we go through the advisory boards and advisory appointments.”

Travis Mitchell, Grant Fagan and Greg Fagan were either confirmed or reapppointed members of the Fulton County Center for Regional Growth board of directors.