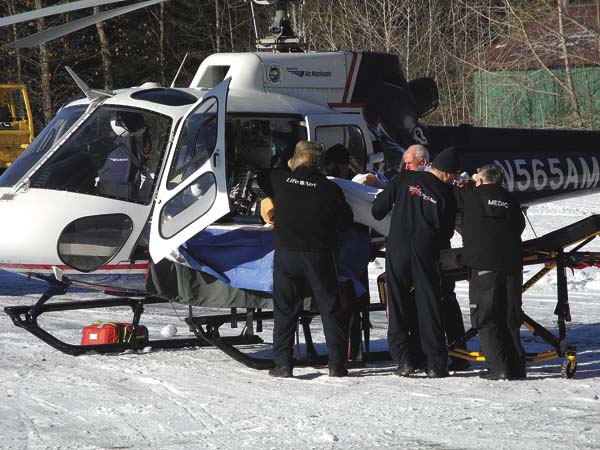 A burn victim from Sunday's trailer fire on Nine Mile Tree Road in Mayfield is loaded onto a Life Net helicopter for transport to a health care facility. (The Leader-Herald/Michael Anich)

A burn victim from Sunday’s trailer fire on Nine Mile Tree Road in Mayfield is loaded onto a Life Net helicopter for transport to a health care facility. (The Leader-Herald/Michael Anich)

Both women were being treated at the Upstate Medical in Syracuse this morning, officials said.

State police said this afternoon that 57-year-old Kelly S. Fancher and 78-year-old Sally A. Stanton are both currently listed in serious condition.

Troopers said the preliminary investigation suggests that the fire was accidental, caused by a small cooking appliance.

Passersby and employees at the James A. Brennan Memorial Humane Society — across the road — reported an “explosion” sound from the structure at 434 Nine Mile Tree Road in the town of Mayfield that occurred at 9:19 a.m. Sunday. 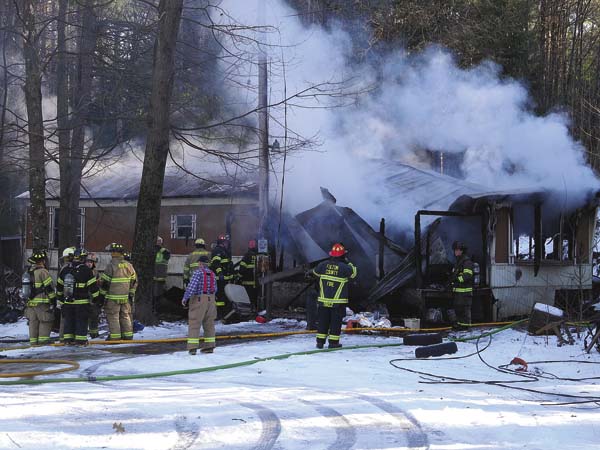 The fire is being investigated by state police.

Stanton was seen being transported out of the area by a LifeNet helicopter after 10 a.m. Fancher was initially taken to Nathan Littauer Hospital. The owner of the mobile home was listed as Ernest J. Fancher of 452 Nine Mile Tree Road.

“It didn’t take long,” Santa Maria said today, as far as extinguishing the blaze. “At this point it is under investigation.”

He said no cause is listed and he can’t say which part of the mobile home the fire started.

All four dogs that lived at the mobile home were recovered, Santa Maria said this morning, with one having burns. They were at the humane society this morning.

“There were a couple of Dachshunds and one that looked like a mixed breed,” he said.

The release said the Mayfield Volunteer Fire Department was dispatched under the direction of Fire Chief Chris Mraz. Upon arrival a few minutes later, the structure was fully involved.

Santa Maria said “outstanding teamwork between several area emergency service agencies was on full display” during the fire, which was extinguished “quickly.”

The release said Fulton County sheriff’s Deputy Robert Furman, along with state police Troopers Russ Dennie and Ron Dacre responded. They confirmed that one occupant was still in the residence.

“Without hesitation and regard for their own safety, they immediately made entry into the rear of the involved structure where they located and removed an occupant,” the release said.

Troopers said Stanton was located in the kitchen and was in “obvious distress.”

Once she was brought out of the structure, personnel from the Ambulance Service of Fulton County removed the patient from the rear yard and transported the occupant to a LifeNet helicopter that had been requested and had landed near the incident. The occupant was flown from the scene to Upstate Medical in Syracuse for treatment of burns and smoke inhalation.

Prior to arrival of emergency personnel, Fancher had exited the building on her own. She was suffering from burns and smoke inhalation. A passerby transported the second occupant to Nathan Littauer Hospital by private vehicle. She was also ultimately transported by ambulance to Upstate Medical in Syracuse.

The structure sustained heavy fire damage and is considered a total loss, the release said.

But Santa Maria said this morning that fighting the fire was a team effort.

“Everything went as smoothly as possible,” he said.

The fire remains under investigation by the state Office of Fire Prevention and Control and the Fulton County Fire Investigation Team.

The release added: “Today’s incident was a great example of the teamwork, professionalism, training, and the dedication to duty of each of the agencies and individuals involved. The residents of Fulton County are very fortunate to have these dedicated men and women watching over them 24 hours a day/ seven days a week/ 365 days a year.”

The release added that Furman, Dennie and Dacre “went well above and beyond the call of duty, putting themselves in extreme danger, to effect the rescue of an individual from an untenable situation. They are to be commended for their heroic actions. What a great job. To the passerby that reported the fire and transported the second occupant to Nathan Littauer Hospital, thank you for your commitment to helping a complete stranger. You are also a hero.”

Giardino issued a statement on the sheriff’s Facebook page that read in part that Jan. 9 was “National Law Enforcement Appreciation Day” and Sunday morning was a good example of why.

“This morning three area officers made a big difference and I want to recognize their efforts and publicly acknowledge what they did,” the statement read.

“Join me in commending the officers for their efforts and the unknown woman who transported the injured woman,” Giardino stated. “As always a thank you to the volunteers and ambulance personnel who responded to the fire, put it out and treated individuals at the scene.”

Sunday’s fire in Mayfield was the second one in Fulton County over the weekend. Fire destroyed a two-family at 14 Woodside Ave. in Gloversville at 4:47 a.m. Saturday, with four occupants and pets escaping injury. 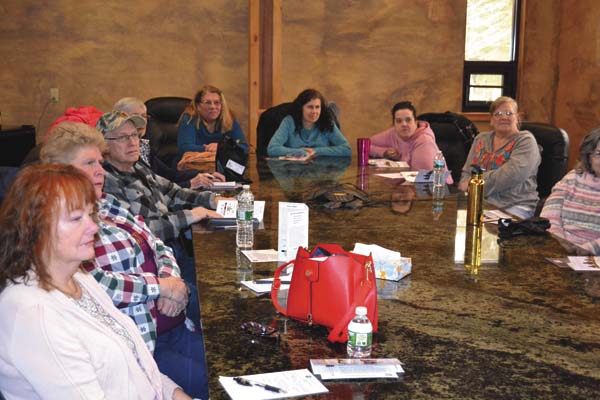 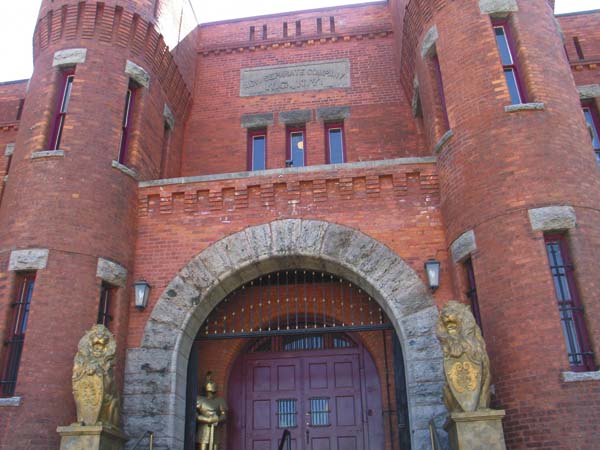 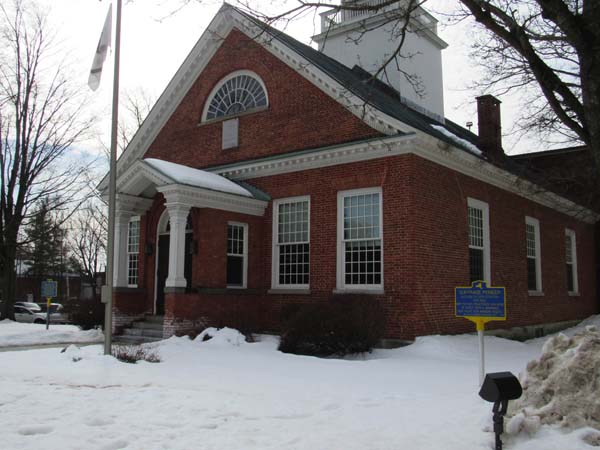