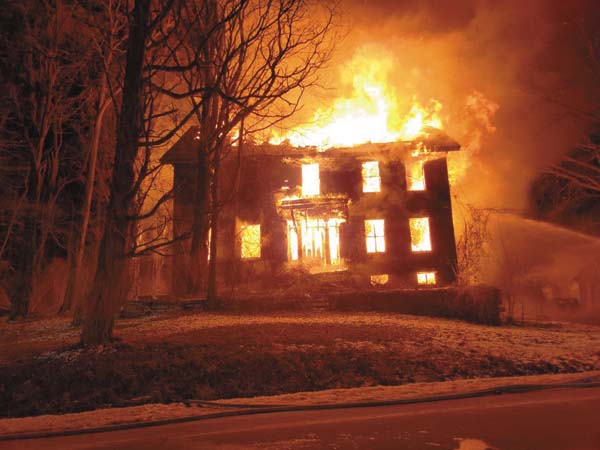 ST. JOHNSVILLE — A vacant house in St. Johnsville went up in flames Monday night, causing it to be a total loss.

Firefighters responded to the fire on Route 5 and Fox Road around 11:47 when a passerby reported the fire.

Upon arrival at the scene of the fire, Montgomery County Sheriff Jeff Smith said the vacant home was fully involved.

“Unfortunately it was a total loss,” Smith said.

With no current occupants of the vacant house, there were no injuries reported, Smith said.

“The fire started in a garage type barn. That was fully involved and then that spread to the house,” Smith said.

Smith said the cause of the fire is still under investigation by the Montgomery County Fire Investigation Team.

The lead agency responding to the fire was the St. Johnsville Fire Department led by Fire Chief Chris Weaver.

Smith said the Department of Transportation was also at the scene helping at the scene by putting down salt and sand for fire crews.

Smith said with the snow and the cold conditions, putting fires out is more difficult because the frigid temperatures freezes the water quickly.