Claims he is being wrongfully targeted by opponent in race 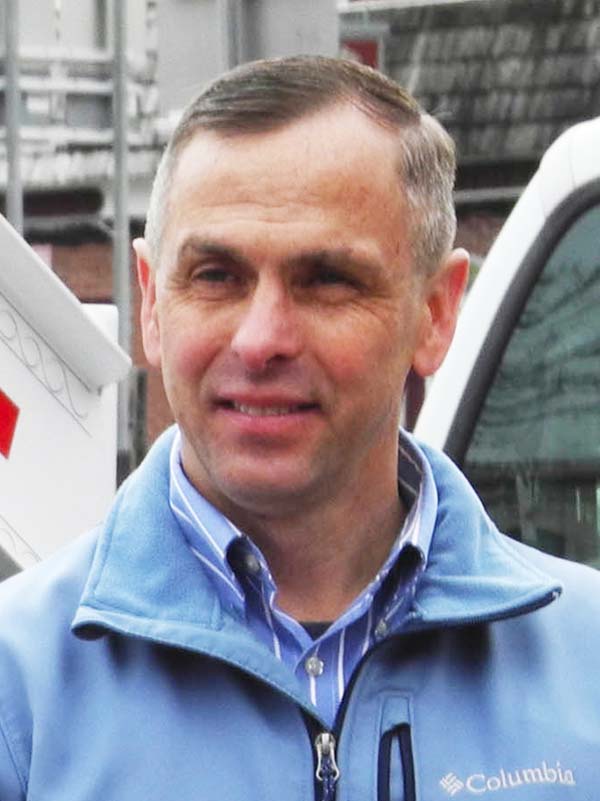 State Assembly candidate Robert J. Smullen is shown in this May photo in downtown Johnstown. (The Leader-Herald/Michael Anich)

MAYFIELD — Assembly candidate Robert Smullen of Johnstown was arrested by state police on Tuesday and charged with a felony for allegedly filing false paperwork to get a reduction in property taxes on a home he owns in Niskayuna. But Smullen is calling foul and accusing his opponent, Patrick Vincent, of wasting taxpayers’ money and running a smear campaign, while Vincent is firing back in a social media post that he had nothing to do with the arrest and Smullen is not “above the law.”

“This week, Patrick Vincent’s assault on veterans hit an all-time low. I am disappointed at the level which my opponent will stoop to in trying to win an election, but should expect nothing less than dirty politics from someone like Vincent,” Smullen said in a news release. “The fact that Patrick Vincent would waste taxpayer resources, waste the time of our hardworking law enforcement personnel, and attempt to turn the state police into a political weapon is utterly despicable.”

But Vincent responded in his post that Smullen did in fact break the law and needs to take responsibility for his actions.

“Mr. Smullen claims I am attacking veterans and using a police agency to ruin him,” wrote Vincent, who is also a veteran. “Obviously when the state police saw the documents signed by [Smullen], under a penalty of perjury, they knew a crime had been committed.”

Since Smullen’s April 11 announcement for the 118th Assembly District seat being vacated by Assemblyman Marc Butler, it has been an uphill battle. Questions were raised about his residency and tax exemptions on properties he owns. He also faced a challenge to remove him from a board position he holds in the town of Johnstown and he lost his job as executive director of the Hudson River-Black River Regulating District.

In early May, Smullen sent out a news release saying the loss of his job was a political move. But Hudson River-Black River Regulating District Board of Directors Chairman Mark Finkle said at the time there was nothing political about the board’s move to let him go. Admitting Smullen had requested an unpaid leave of absence while he ran for Assembly, Finkle said last May the board had “considered it,” but decided it was not feasible to wait until November to possibly hire a new director.

“He withdrew to run for office,” Finkle said of Smullen. “We wish him the best.”

By the third week in May, an attempt was made by Johnstown’s Town Board to remove him from the Assessment Board of Review, but failed with a vote of three to one in favor of not removing him. That attempt was also tied to claims of his alleged misuse of veterans’ tax exemptions.

At the time, Smullen said the attack on him was a “long-running, politically motivated series of attacks going on since I announced my candidacy for the 118th District. It’s become very clear, and it’s very evident to me, that my opponents are driving this narrative that I have done something that has disqualified me from either being a resident or eligible to run in the 118th Assembly District and it’s false and untrue.”

Smullen steadfastly has maintained his legal residence is in Fulton County at 265 Route 309 in the town of Johnstown. The Board of Election also lists the Route 309 home as his primary voting residence.

Among several other properties, he also owns a home at 2169 Appletree Lane in Niskayuna where he said his wife would stay so their learning disabled child could go to a “specific school.”

Smullen admitted he had sought a military tax exemption for the Niskayuna property, but that it had been done in error and that he withdrew the request and paid back the exemption money.

“Months ago, when I discovered that I was not eligible to obtain a veterans’ benefit in Niskayuna, I immediately removed the exemption and reimbursed the town for the school tax, and the town portion will be on my 2019 tax bill,” Smullen said in the release. “I’m proud of the benefit that I earned through my 24 years of faithful service to the people of the United States.”

Smullen retired from the Marine Corps in 2015 after serving 24 years.

“Over my more than two decades in the Marine Corps, my family and I have been moved around the globe too many times to count, and we’ve constantly faced this sea of paperwork that so many veterans and service members face,” Smullen said in the release. “For Patrick Vincent to exploit, rather than try to eliminate, the obstacles of bureaucracy our military personnel face is disgusting. One reason I’m running for State Assembly is to support our service members and veterans.”

He said he is “confident” he will be cleared of the charges.

“I am confident the voters will see this political dirty trick for what it is and will reject Patrick Vincent’s appalling attack on veterans,” Smullen wrote.

Vincent countered that even though Smullen withdrew his exemption claim, he still needs to be held accountable.

“Documents show it appears Mr. Smullen took money from the taxpayers of Schenectady County and what is most appalling is he used the Veterans Administration to do it,” wrote Vincent. “Smullen wants you to believe… is paying it back makes it all go away. So if someone robs a bank, it is acceptable a year or so later to pay it back and everything is just fine.”

He told Smullen to “stop playing the victim.”

“No one is above the law Mr. Smullen. Your argument is not with me, you have no one to blame but yourself.”

Smullen will answer the charges on Aug. 8 at 6 p.m. in Niskayuna Town Court.