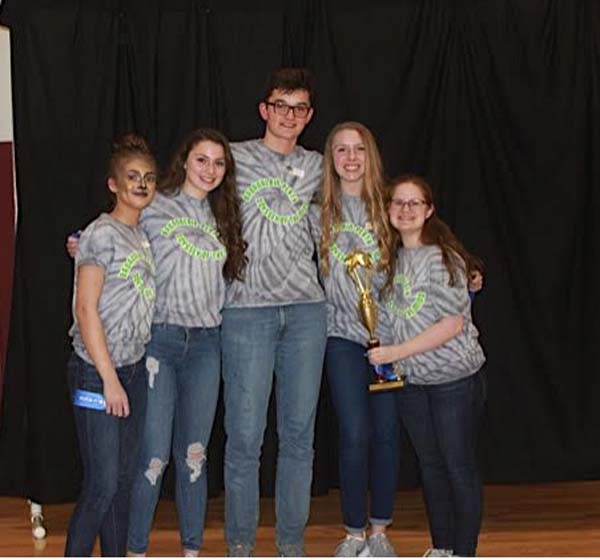 BROADALBIN — Broadalbin-Perth High School’s Odyssey of the Mind team did a “stellar” job in the Odyssey of the Mind’s World Finals placing fifth out of 57 teams in their division with other teams from the U.S. and other countries.

“The team did a fantastic job,” she said.

The B-P OM team had to create drama-like skit named “A Stellar Hangout” that involved props, costumes, and characters. The skit had to take place in a universe and one of the characters had to be from Earth. Megan Floyd said the team had to create a humorous performance centered on an science fiction hangout and were in search for space treasure. She said there had to be some form of entertainment and a futuristic map that went from 2D to 3D during the skit.

“We are very proud of them especially at this level,” Megan Floyd said. “Not that each level isn’t difficult, but the difficulty becomes greater at each level”

This OM team has been together for nine years and this was their third year making it to world’s. Megan Floyd said them placing fifth is the best ranking they have earned.

To make their way to Iowa where world’s finals was held, the team had a GoFundMe page, hosted a strawberry social where the team also put on their skit for the attendees at the fundraising event. And Adirondack RV supplied the team with an RV, so the team drove to Iowa in an RV.

Megan Floyd said OM is a great creative, problem solving program with everything centered around the team. She said even though her and Dave Floyd are the coaches, they couldn’t step in and help the team solve the problems or come up with the characters for the skit. The team had to learn by trial and error.

“That’s the uniqueness of it,” Megan Floyed said. “It comes from the kids. There is no outside assistance.”