Getting onboard for shared services 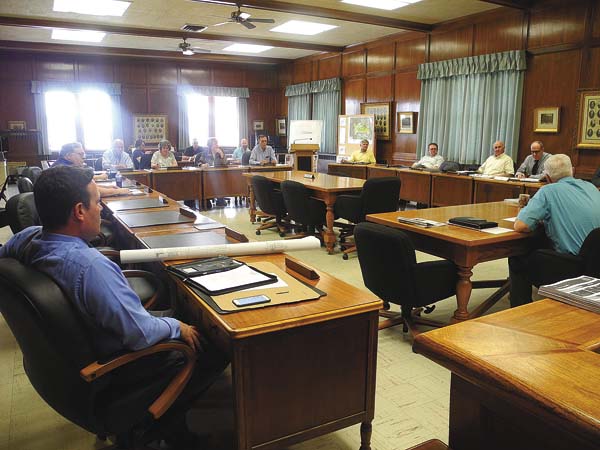 JOHNSTOWN — Four possible future subgroups were identified as services that can be combined, as 13 local leaders and government officials attended the Fulton County Shared Services Panel’s first meeting of the year Thursday at the County Office Building.

“I want to get more of our local experts involved this year,” said county Administrative Officer Jon Stead.

Stead and Board of Supervisors Chairman James Groff ran the 75-minute session. It was attended by county administrators and department heads, several supervisors and three area mayors.

Fulton County government has been “well underway” anyway with its shared services, with its ongoing Smart Waters initiative, Stead said.

“Our Smart Waters, I think that’s going to qualify, frankly, as a shared-services project,” he said. 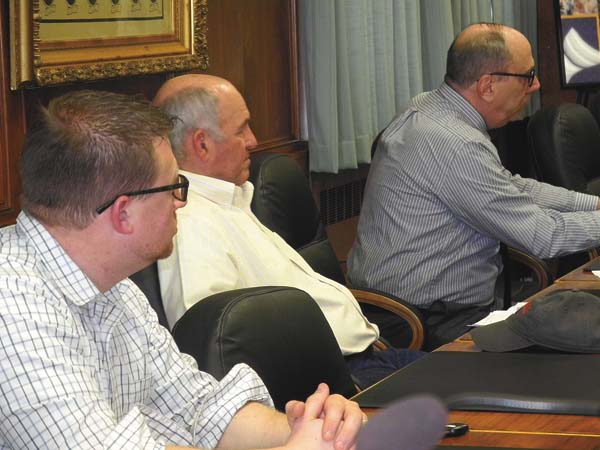 The state mandated that counties form shared services panels to discuss ways to save money, and submit a plan to the state showing how money could be saved by intermunicipal sharing of services. The Fulton County Shared Services Panel decided last August to give itself an extra year to find taxpayer savings and file its shared services plan with New York state in 2018.

Fulton County was one of 16 counties that deferred to this year.

By the end of Thursday’s session, Stead had identified four main areas that the panel could form subgroups or subcommittees over: town court scofflaws, contract assessing, LED street lighting, and equipment sharing.

But the panel also discussed several other areas that the county’s municipalities may be able to study further regarding shared services. They were: shared maintenance facility, garbage collection, police and fire services, ambulance services, demolition, health insurance and code enforcement.

Stead said garbage collection could be something county Department of Solid Waste officials could delve into further through a subcommittee meeting.

“I particularly think that’s one we should put on the table,” he said.

Johnstown Town Supervisor Jack Wilson said there is a problem getting people to attend his town’s court proceedings when they’ve been charged with “property degradation.” He said some form of county policing program could be established to bring them to justice.

“They don’t even bother to come to court,” Wilson stated.

“It’s worth taking a look at,” Stead said.

“There’s huge energy savings to be had,’ he said.

King said he would be in support of some type of intermunicipal street light program, as well as a similar effort for garbage collection.

“We might be more likely to bond,” King said of street lighting.

Caroga Supervisor James Selmser said the payback for energy savings might be two to five years.

Wilson told the panel that sharing of police and fire services in the county is “low hanging fruit.” He also said ambulance service in the area is very important.

“I would like to see organizations outside of our county come in to provide services that we can’t do,” Wilson said.

But Jackson said police and fire sharing or consolidation among the Glove Cities is not popular with his city.

“It’s not going to go anywhere, from what I’ve heard from my [Johnstown] people,” he said.

King stated: “We’ll look at it with the county and anyone else.”

Another area raised for discussion was health insurance. King said Gloversville pays $4 million for that from its annual $17 million budget.

Stead said a shared maintenance facility might produce “quite a savings” throughout the county, although it historically hasn’t been a popular idea.

“To me it’s more of an organizational meeting,” he said of Thursday’s session. “We’ll need more detailed meetings.”

An exact next meeting date was not set, but may be in another month.