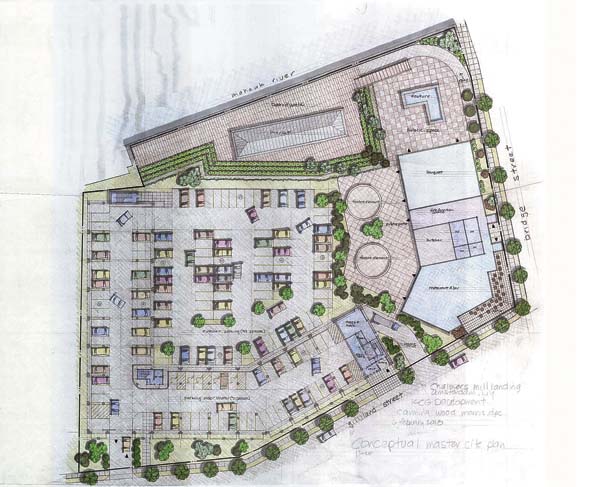 An artist’s rendering shows where Chalmer’s Mill Lofts will be located, which will include a 15,000-square-foot restaurant and banquet house operated by the Lanzi family. (Photo submitted)

AMSTERDAM — What once was known as the Chalmers Knitting Mill site will soon to be known as “Chalmers Mill Lofts” — a $30 million project to include 130 apartments and 15,000 square feet of commercial restaurant and banquet facility space being operated by local restauranteur, the Lanzi Brothers.

The location of the multimillion dollar project is at the foot of the Mohawk Valley Gateway Overlook bridge. It will incorporate “desired quality modern housing” with community amenities including Mohawk River vistas, the potential three-season event pavilion for residents and community use, and easy access to bicycle and pedestrian pathways, parks and highways for local workers.

“We’re bringing Amsterdam back and it’s all going to be thriving again,” said Stacy Kaplowitz, vice president for KCG.

The 130 apartments will consist of a mix of 80 two-bedroom and 50 one-bedroom units. They will feature controlled building access, dedicated residential elevators, a community room, fitness center, partially-covered parking, tenant storage, energy efficient appliances, on-site laundry, outdoor patio space and a professionally managed leasing office with on-site maintenance. The apartments will be marketed to credit-qualified area working households. Rents can range from $650 a month for one-bedroom units to a high of $1,000 a month for two-bedroom units. 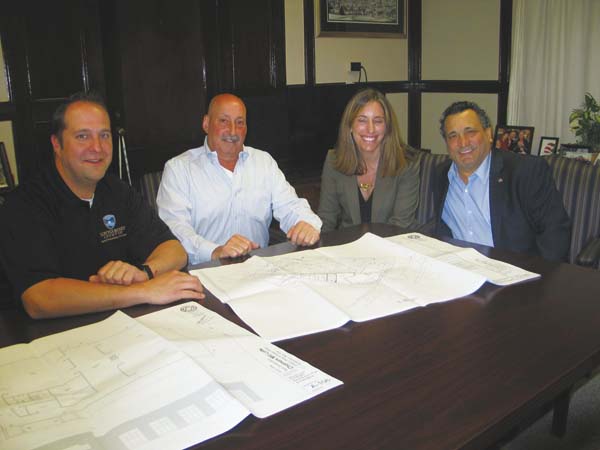 Amsterdam will welcome the return of the Lanzi Brother’s Inc., which they will establish “Lanzi’s Southside” as a restaurant and bar serving lunch and dinner.

Lanzi said his grandfather began Lanzi Brother’s Inc. in 1919 making it 100 years of being in the restaurant business. They currently have four restaurants.

“I think bringing [Luigi] on board is a great component to this project,” Villa said.

This will also feature a 300-person capacity banquet hospitality facility. The facility will overlook the Mohawk Valley Gateway Overlook pedestrian bridge, the Mohawk River and downtown Amsterdam. This will make it an appealing destination venue for civic events, weddings and other social or charitable occasions, Lanzi said. This will be the first banquet facility located within Montgomery County. 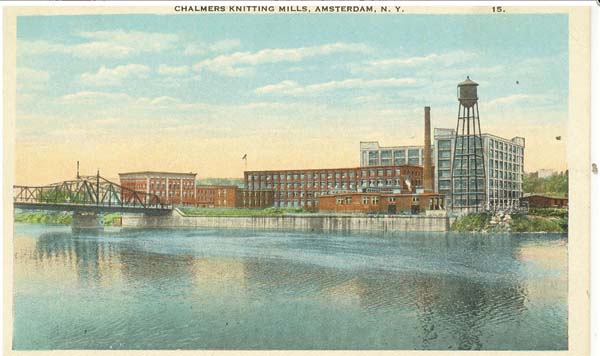 Artist rendering of what the site may look like. (photo submitted)

“This is a project addressing a critical community need,” Rose said of the overall project.

The former Chalmers Knitting Mill stopped operating in the 1950s and sub-let portions of the property to smaller companies in the 1970s. Between 2011 and 2012, New York state undertook leveling the facility and environmental remediation. Ossenfort said he believes the revitalization of the site will be a catalyst for others. The site will give the community access to a restaurant, a bar, banquet facility, farmers market and jobs all within a walking distance.

“You get the housing component and the banquet facility, but you also have a lot of good things going on around it,” Ossenfort said. “This is something that hopefully helps continue the good momentum, the positive momentum as we try to revive the downtown.”

Villa said the will project will provide homes for families, as well as support local businesses in the southside of Amsterdam and will soon start to see these businesses grow and expand beyond the southside.

“I think it just provides another economic driver for all of us,” Villa said. “With all the events dedicated to the Southside has really opened a lot of people’s eyes that have never been to Amsterdam let alone the Southside. That really speaks volumes to our recreational department and everyone involved has done a great job. It’s been a team effort.”

“You haven’t seen development like this within the city of Amsterdam in decades,” Ossenfort said. “I think it’s a good project just on the surface of the housing units on the facility.”

Thousands turn up for ‘million’ Iraq rally against U.S. troops