Putting the glove in Gloversville 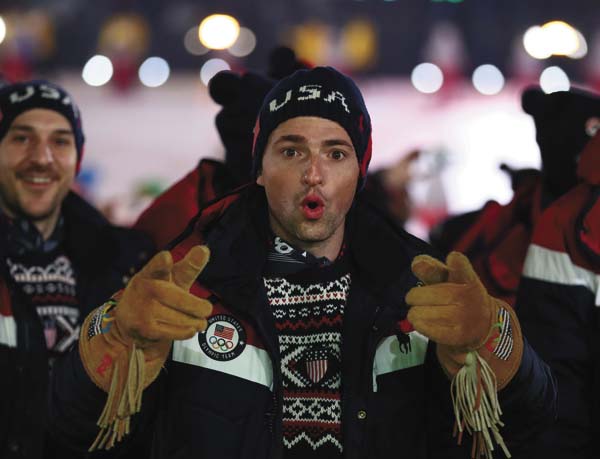 An athlete from team USA points during the opening ceremony of the 2018 Winter Olympics in Pyeongchang, South Korea, on Friday. The leather for the gloves was made in Gloversville. (The Associated Press)

GLOVERSVILLE — For owner Matthew Smrtic and the team at Sunderland Leather Company in the city, the start of the 2018 Winter Olympic Games in Pyeongchang, South Korea were a special one. This year, their work was displayed in the opening ceremony on the hands of Team USA.

Sunderland Leather had a hand in the creation of the fringed gloves worn by the American athletes, which were designed and manufactured by American companies.

The gloves, which featured a beaded American flag and Olympic rings, were made with leather that was tanned and colored right on Kingsboro Avenue.

“We’re thrilled. The whole company has taken a lot of pride in knowing they had something to do with the Opening Ceremony,” Smrtic said.

Smrtic was out of state for a leather show when news of the gloves broke, and said it has been a whirlwind since he returned to Gloversville.

The team at Sunderland Leather sampled the leather for the Ralph Lauren company and Olympia Gloves of Elmsford, Westchester County around a year ago. During the process there were a number of prototypes and samples made of the leather used in the western theme design.

The gloves themselves were manufactured about two to three months ago by Olympia off a design by Polo Ralph Lauren.

Smrtic said Sunderland has worked extensively with Olympia Gloves’ Peter Kiernan, who he said is from Gloversville, throughout the years.

Sunderland has worked with the Ralph Lauren Company over the years as well through a third party company that does private labels.

This is not Sunderland’s first brush with the Olympics. They also did a project for a Canadian Company, Roots, who made the Opening Ceremony coats for the 2002 Salt Lake City Olympics.

“We did some leather sleeve and trim for their jackets,” Smrtic said.

The gloves were manufactured by Olympia Gloves from leather tanned, sorted, selected and colored at Sunderland’s factory at 233 Kingsboro Ave.

Smrtic said that all of the companies 30 employees were involved with doing work on the project.

“The leather business is so hands on and labor intensive that a single piece of leather may be handled a 100 times before it is cut and sewn into a product,” he said. “Everybody has their hand in the product from one way or another from shipping to receiving and communicating with the customer.”

Smrtic said this project was a very special project that they “took a lot of pride in.”

“There seems to be a little ground swell, a little pride that they came from Gloversville. And it’s on a positive note. Instead of negative news coming out of Gloversville it’s nice to have positive news come out,” he said. “And it seems people are kind to proud to be from this area again.”

The gloves, which were retailing for $995, are currently sold out on the Ralph Lauren website, but Smrtic said he is hopeful there will be reorders made soon for those who wish to get their hands on them.

He said he suspects they may be a limited offering, but that they’re might be another line or similar product that can offer Sunderland more business.

“We are hoping with the attention it’s getting there will be a lot of reorders,” he said.

He said the Olympic Committee is committed to using American companies and he hopes the next designer for Team USA in the 2020 games in Tokyo, Japan or the 2022 games in Beijing, China keeps Sunderland in mind when it comes time to make the gear.

Smrtic said it was a good feeling to see Ralph Lauren seek out American manufactures for this project.

“Every time they go for these contracts now they are seeking out and trying to support local businesses,” Smrtic said. “It’s very important to us. We are a small family business and a niche business and for these companies to seek us out again and want to start buying our products and not buying from China or Vietnam or the next country, it makes us feel good and it makes our employees feel good that their part of something a little bit bigger.”

Smrtic said that Sunderland is a family business that has been in the city approximately 50 years ago started by his father-in-law.

“We are a family business. We started in the area and we plan on staying in the area. We’d like to grow and it’s beneficial that people try to buy American. It really does help the community and supports a lot of people through jobs, taxes, utility and it’s important for a community,” Smrtic said.

Smrtic said that any business interested in working with Sunderland Leather can go to their website at www.sunderlandleather.com.

“We have been here for 50 years and we want to continue. We’ve got our fourth generation involved in the leather business. Our roots are here and its nice to get some positive feedback for Gloversville, because we love it here,” Smrtic said.

JOHNSTOWN — Despite the pandemic, Fulton County summer tourism efforts are in full swing. County Director of ... 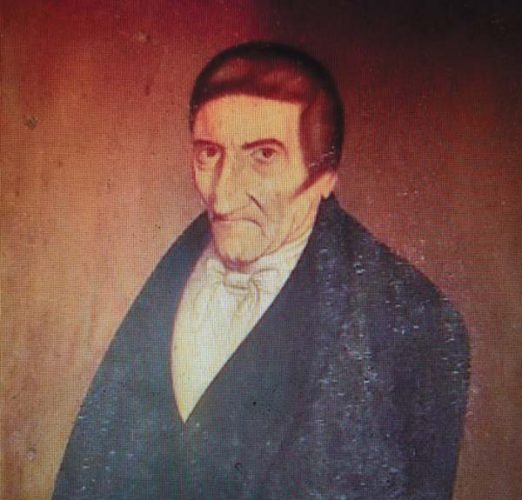 MAYFIELD — A bicyclist died at Nathan Littauer Hospital after being struck by two vehicles , according to ...

JOHNSTOWN — Fulton County legislators want the Adirondack Park Agency to change its policy for siting of ... 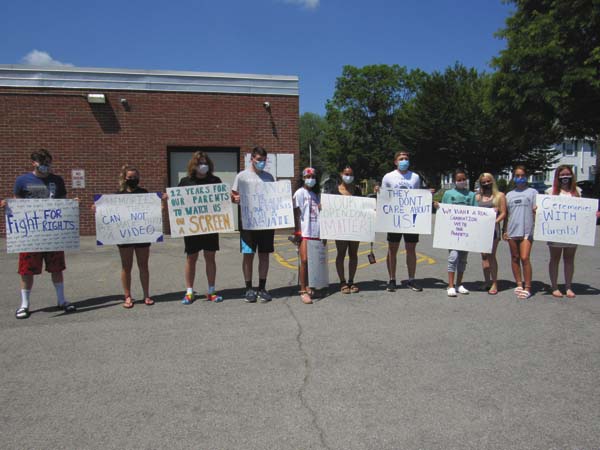