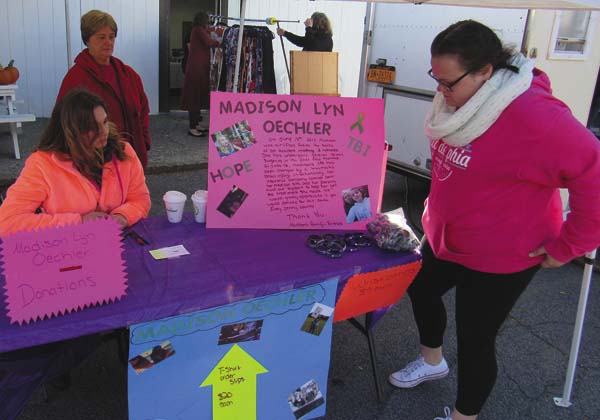 Friends of Madison Oechler, from left in foreground, Abby McNamara and Brandi Hirschheld, and Brandi's grandmother, Donna Hirscheld, all of Amsterdam, work at a table collecting donations and selling bracelets Friday at the Fulton County Fall Festival in Gloversville, a fundraiser for Oechler. (The Leader-Herald/Eric Retzlaff)

GLOVERSVILLE — This week was a good news week for accident victim Madison Oechler and her family from Broadalbin.

Madison, who suffered a traumatic brain injury as a passenger in a two-car crash on June 13 in Broadalbin, has been home in that town from Sunnyview Rehabilitation Hospital in Schenectady since Oct. 6.

“We think she’s happy to be home,” he said, noting that the 16-year-old is recovering with speech, occupational and physical therapies at home. But she will be traveling to Sunnyview for more rehab.

Besides her family, her three cats have missed her and climb on her bed to be with her, he added. 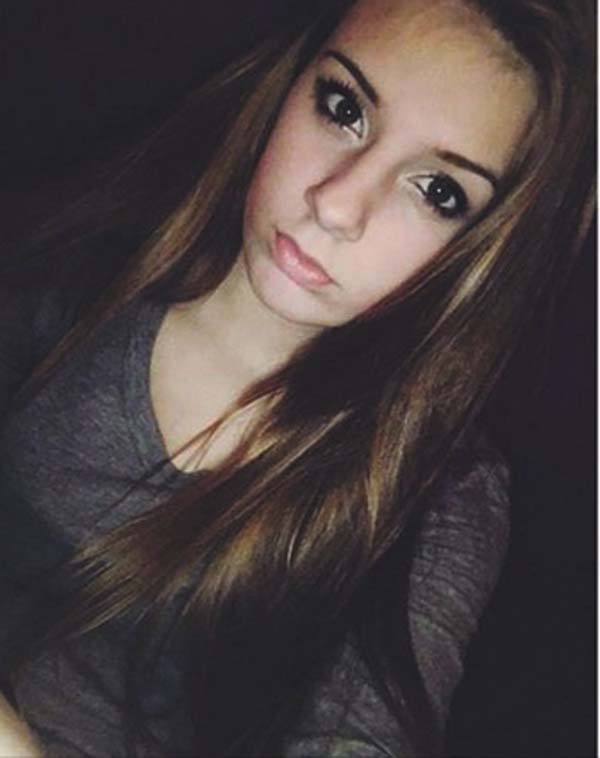 The other good news is that a Fulton County Fall Festival was under way Friday from 2 to 7 p.m. with a talent show following until 10, all to raise funds to help her family with medical bills.

“I saw her story on Facebook and wanted to help her and her family,” said Alexander Kovarovic of One Life Organization of Schenectady. He organized the festival that drew so many vendors inside and outside the city’s senior center it almost ran out of space.

“She’s [Madison] such a funny girl. She’s outgoing,” said Brandi Hirscheld of Amsterdam, her friend from rollerskating. “We’re here to support her.”

Hirscheld and Abby McNamara, also of Amsterdam, who was in Madison’s cosmetology class at HFM BOCES in Johnstown, managed a booth where people could directly donate money or buy a plastic bracelet with Madison’s name on it.

Kovarovic said he expects the event to garner at least $700 to $800 for the Oechlers from donations, booth rentals and raffle baskets. 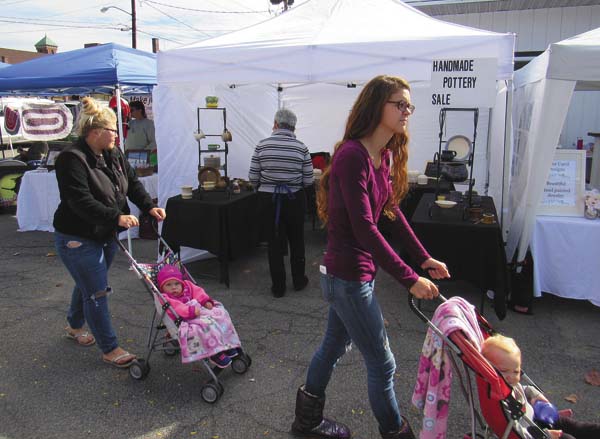 Gloversville residents Kasey Brown with Kamryn in stroller, left, and Alexandra Fultz with Skye check the vendor booths Friday at the Fulton County Fall Festival in Gloversville, a fundraiser for Madison Oechler. (The Leader-Herald/Eric Retzlaff)

Up to 70 vendors came, and by mid-afternoon, the public began arriving. Kovarovic was pleased at having so many food and handicraft vendors after a month’s work. “The toughest thing is getting the vendors,” he said.

Jamaal Johnson of OLC Entertainment volunteered to be DJ for the event. “I love to see what he’s [Kovarovic] doing for the community and the young lady,” he said.

Gloversville residents Kasey Brown, with Kamryn in a stroller, and Alexandra Fultz, with Skye, were walking through–“just to look around and spend time with my kid,” said Fultz.

They said they saw the event posted on Facebook. Speaking of the wares available, Nicole said, “I like everything people make.” 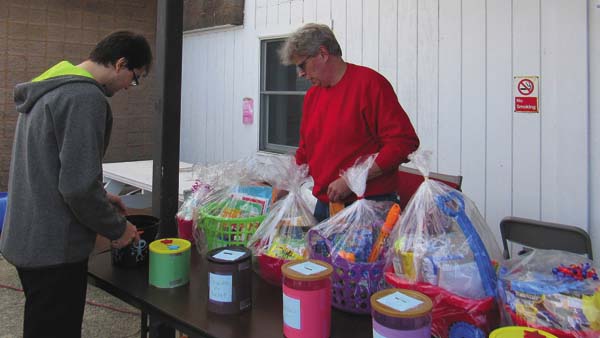 Amir Abouarra and Joe Kovarovic organize the raffle table Friday at the Fulton County Fall Festival in Gloversville, a fundraiser for Madison Oechler. (The Leader-Herald/Eric Retzlaff)

One Life Organization was created by Kovarovic to prevent teen suicides and domestic violence but is helping teens in other ways by events such as the festival, Kovarovic said.

As the Fulton County Fall Festival begins in Gloversville in the mid-afternoon Friday, the public starts filtering in to check out the food and handicraft booths. (The Leader-Herald/Eric Retzlaff)