Fears countywide assessment would be voted down 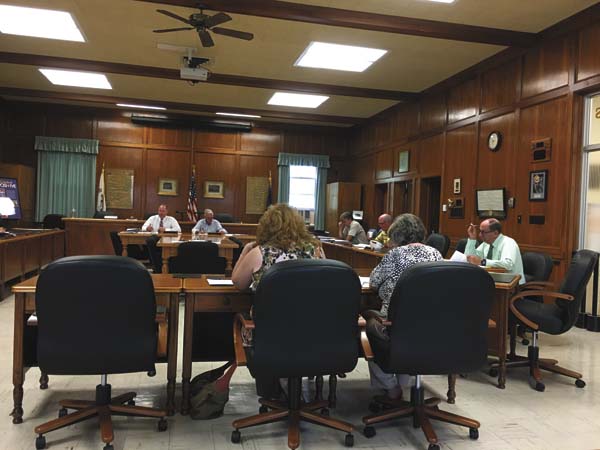 JOHNSTOWN — The Fulton County Shared Services Panel voted Monday night to emphasize “contract assessment,” instead of a third attempt at countywide assessment, as part of its “Countywide Shared Services Initiative,” a proposal due to New York state by October.

County Administrator Jon Stead told the panel the last time Fulton County attempted to get voter approval for countywide property tax assessment, in 2005, the referendum failed, with two thirds of the vote going against it in every election district in the county. He presented the panel with the option of either trying countywide assessment again, or the county could try contract assessment, providing staffing and equipment that individual municipalities could hire to perform assessment duties on a “fee-for-service” basis. Stead recommended the panel go with the contract assessment concept because he said he doubts the public would approve countywide assessment if given the chance to do so again.

“I think we’re pushing a mule up Mount Everest in a wheelbarrow as far as the political issue, and as far as putting [a referendum] together,” Stead said.

He added it would be difficult to get a referendum together in time for the November election.

“There’s also no way, with the way this process has worked, to put together a referendum with any public information for this November,” he said.

The 2018 New York state budget mandates counties convene a shared services panel, discuss ways to save money and submit a plan in October to the state showing how money could be saved and then, if the state approves the plan, implement the plan, with state financial assistance. The Fulton County Shared Services Panel consists of the Chairman of the Fulton County Board of Supervisors Mike Kinowski, the supervisors of all 10 towns and the mayors of the cities and villages of Fulton County.

In his report to the panel Monday, Stead offered contract assessment as the best idea to meet New York state’s criteria of being able to demonstrate taxpayer savings, although he said in order for there to be any real savings, at least three to four municipalities would need to commit to hiring the county staff for the service.

He said it will also be difficult for the county to estimate how much savings could be achieved for any particular municipality because local municipal budgets often don’t include fringe benefits in a way that’s easy to determine the savings for eliminating an individual employee.

Of the mayors of Fulton County, only Johnstown’s Vern Jackson attended the meeting. Gloversville Mayor Dayton King, a vocal advocate of consolidating services between the Glove Cities, did not attend. King said he’s been frustrated with the shared services panel process and that the panel is “tripping over dollars, the big picture items, trying to pickup some of these pennies that have historically been voted down.”

“It seems like Mr. Stead is putting something together because he has to and there is not a lot that is going to get implemented,” King said. “I’m always glad to have discussions, but I haven’t gone to the last couple of [shared services panel] meetings, unfortunately, but I really wouldn’t have had much to contribute talking about countywide assessing or garbage pickup because I don’t see those changing much for Gloversville.”

Stead’s report also included a “Part II-A and B Advisory Recommendations (five to 10 years)” section in which the panel recommends the leaders of Fulton County’s local governments explore the following options:

∫ Garbage Collection. According to the report the shared services panel has determined there would not be much savings from a countywide garbage pickup system, but some options that might produce savings including group bidding for private garbage collectors and a garbage truck pool for either buying or leasing shared equipment.

∫ Integration of the city police departments of Johnstown and Gloversville.

∫ Integration of the fire departments of Johnstown and Gloversville.

∫ Contract tax collection, in which municipalities could hire the county treasurer to collect local taxes.

∫ A county central highway department, which would remove responsibility for maintaining highways from the towns and cities and create a central hub facility on Route 29 and two smaller satellite facilities, one in the eastern end of the county and the other on the western end.

Fulton County’s shared services initiative is taking place against the backdrop of Montgomery County’s bid to win a $20 million grant from New York state through its Municipal Consolidation and Efficiency Plan contest. Montgomery County’s plan has included studying consolidating two towns and villages, as well as disbanding a village police department and looking at studying a municipal infrastructure plan.

Northampton Supervisor James Groff said Fulton County should be looking at ways for the towns around the Great Sacandaga Lake to establish sewer and water service as a means of generating more tourism.

Broadalbin Supervisor Thomas Christopher said the governor’s mandate hasn’t given the county enough time to look at studying consolidation between the towns and villages, but he thinks consolidation should be studied, and that the state will inevitably force consolidation.

Stead said that although New York state has allowed counties to delay their shared services panel proposals until next year, he thinks the panel wants to move forward with the ideas they have now by the October deadline.

The panel voted to hold the next two public hearings required for the shared services panel on July 31 at 3 p.m.