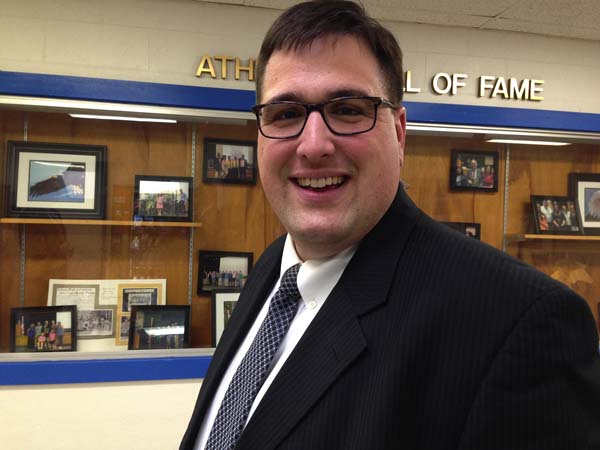 Michael Miller, a social studies teacher at Saratoga Springs High School, will be named the Galway Junior/Senior High School principal at the board of education’s meeting on Thursday. (Photo submitted)

GALWAY — Michael Miller, a social studies teacher at Saratoga Springs High School, will be named the Galway Junior/Senior High School principal at the board of education’s meeting on Thursday, according to a district news release.

“We would like to thank everyone who contributed to the hiring process, and especially Mrs. Brita Donovan for serving as interim principal and ensuring a smooth transition for students and parents.”

Miller has been employed for 18 years at Saratoga Springs High School. He has been the student council adviser for 16 years, chaperone coordinator for all athletics, and graduation marshal. He also serves as president of the Saratoga Springs Teachers Association.

“I graduated from a small high school in Endwell, New York, and I always wanted to be a principal at a smaller junior/senior high school where I can connect with the students,” said Miller, whose hobbies include planning and attending extracurricular activities at school.

“I am looking forward to being active within the Galway community.”

Miller earned a bachelor’s degree in history education from LeMoyne College and a master’s degree in curriculum from the University at Albany. He earned administrator certification from SUNY Plattsburgh.

Miller and his wife, Meghan, live in Ballston Spa with their two children, Catherine, 10, and Andrew, 7. He is a history buff who also follows baseball and the Yankees.