Bannertown 50 Plus to meet Wednesday

MAYFIELD — The Bannertown 50 Plus Seniors met for their regular meeting and luncheon on Feb. 26, which started out with their social hour followed by Evie Leach, chaplain, reading the devotion, “God’s faith in us.”

After the Office for the Aging luncheon, Nancy Hayes, vice president, opened the meeting with the Pledge of Allegiance. She then gave the roll call.

Ann Mallin, sunshine chairman, sent out one get well card.

Lorrie Valk, secretary, and Joan Bezio, treasurer, gave their reports which were accepted.

The next meeting will be Wednesday. Hayes and Carol Abraham will be doing cookies and there will be a St. Patrick’s trivia and funny stories.

Hayes read some thank you notes received from the Mayfield third grade students for the dictionaries they received that were donated by the club along with the Mayfield Grange.

The day trips have been set up for the year. May 12 will be to The Corning Glass Museum; June 10, will be a Hudson River cruise; July 16, a Boston whale watch; Aug. 27, will be the show, “The Sound of Music” at the McHaydn Theatre with dinner at Jackson’s Old Chatham House; and in September will be a trip to the Lake George dinner theater. More information to come.

The meeting adjourned. The drawings were held and bingo was played.

FONDA — The Glen-Mohawk Seniors regular meeting on Tuesday, was called to order by Vice President Gloria Kimball. The morning prayer was given by Chaplin Allen Taylor. After the Pledge of Allegiance, the group sang “My Country ‘Tis of Thee” as Barbara Furman played the piano.

The secretary’s report was accepted as read.

Olive Taylor gave the treasurer’s report which was filed for audit.

Phyllis Smith, corresponding secretary, sent a thank you card around for everyone to sign for Genevieve Wadsworth, who gave a donation to the club in memory of deceased members.

Committees: Olive Taylor said the group needs three more seniors to go on the St. Patrick’s dinner and show at the Log Cabin, Holyoke, Mass on Wednesday. A motion was made by Phyllis Smith to allow the seniors to do the trip and seconded by Mary Fox. The bus will leave Park Street, Fonda at 9 a.m. and return around 6 p.m.

Old business: The last day for the Tai Chi class will be April 7.

Carol Jordan will be doing a paint with purpose class (8 by 10 canvas) starting at noon April 28. The cost is $5 for the class and $5 for the luncheon.

At the March 17 meeting, the group will be doing the luck of the Irish exchange. Bring a paper bag with something green in it.

New business: At the next meeting, the guest speaker will be Brittany Kolbe, the Montgomery County clerk, who will discuss the Real and Enhanced identifications and passports.

Charlene Fonda did a month of March trivia.

Olive Taylor did a reading.

Mary Fox conducted the 50-25-25 raffle with Furman’s help. The winners were Fox and Jon Moore.

GLOVERSVILLE — The Ida L. McGinnis Club meeting on Tuesday was called to order by President Jeannie McDuffie. The opening song was “Ain’t She Sweet” accompanied by Helen Henry on the keyboard.

The devotions were led by Chaplain Mary King. The Pledge of Allegiance, “The Lord’s Prayer,” and the first verse of “My Country ‘Tis of Thee” were followed by Hello to Neighbors.

The 50-50 winners were Audy Flint, Carol Lowery and Sandy Yacobucci.

JOHNSTOWN — The following is for the Johnstown 50 Plus Club, located in the Shirley J. Luck Senior Center, 109 E. Main St.

The club will have a bazaar planning meeting at 11 a.m. Tuesday at the senior center.

There will be a St. Patrick’s Day celebration at 1 p.m. Thursday. Gary McCoy, musician, will provide entertainment with some traditional Irish bagpipe music and songs. Those who wear green can have a chance to win the prize for the best showing of Irish, a pot ‘o’ gold.

For more information about what is going on with the Johnstown 50 Plus Club, visit and “like” their Facebook page, stop by the senior center and pick up a free copy of the Eavesdropper Newsletter or call (518) 762-4643.

CAROGA LAKE — The Nick Stoner Seniors met at noon Tuesday at the town hall. Mary Lou Paterson led the group in “The Lord’s Prayer” and the Pledge of Allegiance followed by the social hour. The refreshments were served by MaryAnn Walker, Jeannine Schwartcz and Shirley Holliday. At 1 p.m. the meeting was called to order by Paterson. Linda Gilbert, town clerk, spoke about the United States Census that is coming up and passed out flyers for everyone to understand what it is about and what benefits will be received from the outcome.

Marion Snell gave the secretary report. Holliday gave the treasury report. An audit committee was chosen and they are Paterson, Linda Rhinehart and Snell, who will meet on March 17, to audit the books from 2019.

Jean Griffin gave the hospitality report. The refreshments for March 17 will be a potluck with an Irish theme. Griffin sent a signup sheet around for what everyone will be bringing. The calling committee will call members that weren’t at the meeting to remind them and to check if they want to come that day.

Paterson gave the sunshine report. The cards she sent out this month were 10 birthday, one get well, and one anniversary. The group sang “Happy Birthday” to Sharon Fenstermaker for the birthday she had this day.

Holliday gave the membership report. The dues are coming in.

Edna Bennett gave the trip report. The seniors have a group of trips planned for this year.

Janice McLoughlin gave the pen pal report. She sent an e-mail to the teacher as some of the group of seniors have concerns about the program.

In old business, Paterson brought up the time change for the meetings. At the February meeting there were only a few members and there were a lot at this meeting. She requested a discussion on what everyone thought about going back to 1 p.m. with only desserts for refreshments. After a lot of discussion and a show of hands, it was decided to start the meetings at 12:30 p.m. and only serve desserts. The first meeting to start at 12:30 p.m. will be April 7.

There were 26 members who attended the meeting. The meeting adjourned at 1:45 p.m.

Dottie Richeson donated a St. Patrick’s Day teddy bear (dressed for the occasion) to be raffled off. Snell won the bear.

The 50-25-25 was won by Michelle Hutchins and Joyce Barrett.

Paterson asked if anyone wanted to stay after and play some games; a group stayed.

ST. JOHNSVILLE — The Oppenheim Seniors met on March 4, with a blessing given by Joan Mowers, a covered dish lunch. Following the Pledge of Allegiance, the meeting started by President Kathleen Montana. The reports were given and accepted. A donation was given by Fairway Golf.

There will be get well cards sent to Shirley Meldrim, Erma and Ernest Voorhees.

A St. Patrick’s lunch will be at noon March 16 at the Travelodge. The fifth Monday lunch will be noon on March 30, at the Salisbury Convenience.

April 17, at 4 p.m. will be a chicken and biscuit dinner. The public is invited.

April 25, at 9 a.m. will be the American Association for Retired Persons defensive driving course.

On Thursday at 12:30 p.m. the Red Rooster will host Northville Mayor John Spaeth, who will provide an update on “the state of Northville.”

The congregate meal is served from 11:30 a.m. to 12:30 p.m., will still be available. Those participating can attend the Red Rooster programs without attending the meal or bring a bag lunch.

Those who want the Office for the Aging meal are asked to call OFA at (518) 736-5650 to make lunch reservations. STFSL requests if unable to attend the luncheon, call OFA to cancel the meal. If the OFA meal site is closed, there will be no program at the Red Rooster Cafe that day.

GLOVERSVILLE — The following are for the Senior Citizen Service Center of Gloversville and Fulton County, 53 Church St. 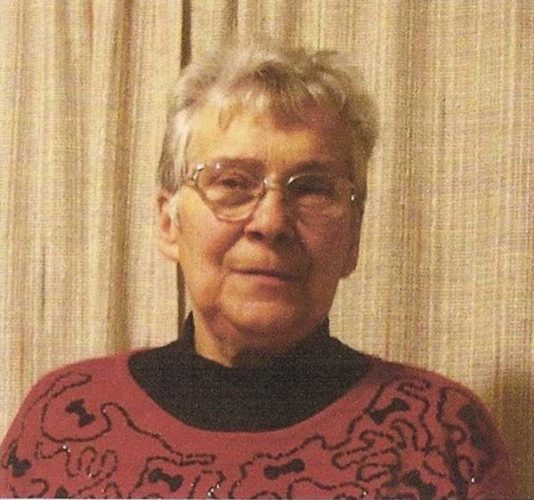