The following are the actions of the state Department of Environmental Conservation forest rangers for the week of March 2 to 8.

Wilderness Rescue: On March 2 at 10:10 a.m., forest ranger Jenifer Temple responded to a snowmobile accident on Uncas Road in Raquette Lake. Temple arrived with Raquette Lake Ambulance to find a 54-year-old woman from Manlius, Onondaga County, had suffered multiple serious injuries to her extremities and torso.

Temple assisted with packaging the woman for transport by Raquette Lake Ambulance to an area hospital in Utica for further treatment.

Community Outreach: On March 5, forest ranger John Franceschina attended the AJCO Camp Expo with Community Search and Rescue, a search and rescue team based out of Rockland County. The event had a tremendous turnout, with an estimated 500 people stopping by the display.

Many of the people Franceschina spoke to are directors and managers of summer camps. Some had previous interactions with rangers and learned even more at the event about the duties rangers perform and services they provide to New Yorkers.

This management technique will also improve the habitat for the endangered Karner Blue butterfly.

Wilderness Rescue: On March 7 at 3 p.m., two hikers coming off Algonquin Mountain in the High Peaks Wilderness Area called DEC’s Ray Brook dispatch for help. A 45-year-old woman from Montreal took a wrong step while descending the mountain and sustained an ankle injury.

Six forest rangers responded to assist the hiker off the mountain, arriving at 5:26 p.m.

The rangers stabilized the injury and carried the injured hiker out to a waiting snowmobile.

At 8:20 p.m., the hikers and rangers were back to the trailhead at the Adirondak Loj.

The hiker sought further medical attention on her own.

Wilderness Rescue: On March 7 at 9:35 p.m., DEC’s Central dispatch received a call regarding two overdue hikers. The last contact the caller had with the hikers was at 5:15 p.m.

Forest rangers Russell Martin and Mark Brand responded to the scene. Ulster County Sheriff’s deputies located the hiker’s vehicle at the Oliverea Road South (Slide Mountain Trailhead) Parking Area and a Deputy stayed at the location in case the hikers came out before rangers arrived.

On March 8 at 3:38 a.m., Martin located both hikers and helped the pair out to the trailhead. At 5:51 a.m., forest rangers and hikers were out of the woods. 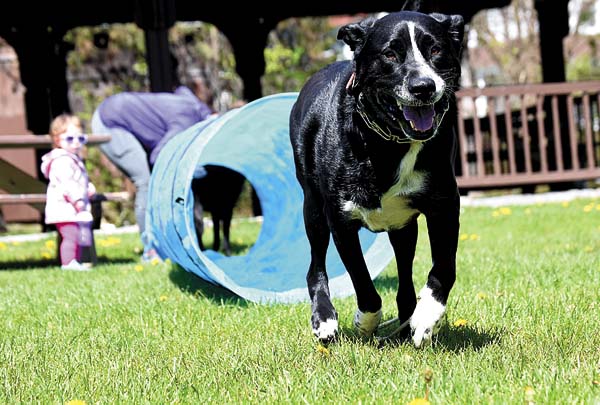