STONE ARABIA — Stone Arabia resident and Vietnam veteran Paul Daw was honored at the National Navy Seal Museum in Fort Pierce, Fla., on Jan. 18, according to a news release.

The Purple Heart Cane Ceremony honors Purple Heart Veterans, like Daw, who was recognized for actions in Vietnam with A Company 1 of the 8th First Cavalry Division in 1970.

The ceremony honors Purple Heart Veterans from all branches of military.

The canes, carved with the head of an eagle, are meant to honor those veterans who gave so much to their country. Each eagle has a white head and yellow beak as a symbol of the United States. Some of the canes are carved in a matter of few weeks while others take several months to complete, depending on the individual carver. Each handle shows the history of the individual veteran’s service to his country, including details about their service branch, awards earned and dates of enlistment and discharge.

The Indian River Woodcarvers took on the Purple Heart Cane Project about five years ago after hearing about a similar program in Michigan. At the first ceremony, the local carvers gave out two canes. Since then, almost 200 veterans have received canes.

Daw serves as chairman of the Town of Palatine planning board.

BROADALBIN — Broadalbin Boy Scout Troop 5051 has had a busy schedule over the last few months, according to a ... 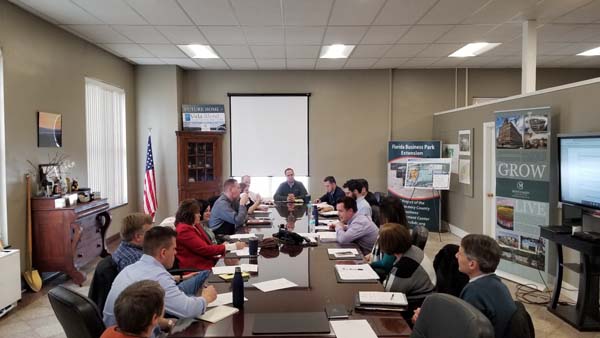