The following are the actions of the state Department of Environmental Conservation forest rangers for the time period of Dec. 20 to Jan. 5

Wilderness Rescue: On Dec. 31 at 2:45 p.m., DEC’s Ray Brook dispatch received a call from Franklin County 911 reporting that the Tupper Lake EMS squad was dispatched to site 95 of the Fish Creek Campground regarding a 19-year-old male from Lake Clear with a leg injury. Forest ranger Pete Evans and Environmental Conservation police officer Nate Favreau responded to the scene.

Upon his arrival, Favreau met with New York state police and found that the injury was the result of an accident involving a jet sled being pulled behind a pick-up truck. The operator lost traction due to icy road conditions, causing the truck to lurch.

The sled then hit a tree and ejected the subject, causing an upper leg injury.

The man was taken by Tupper Lake EMS to seek further medical assistance. All units were clear from the scene at 4:09 p.m.

The New York State Office of Parks, Recreation and Historic Preservation and DEC invited New Yorkers to celebrate the New Year at one of the dozens of hikes at state parks, historic sites, wildlife areas, trails, and public lands across the Empire State.

The focus of the Reinstein Woods hike was to discuss hiking safety and the right gear to carry. One lucky hiker also won a 2020 Empire Pass.

Public Outreach: On Jan. 1, forest ranger Justin Thaine organized and led a hike at Jersey Hill State Forest and the adjacent Karr Valley Creek State Forest in the town of Birdsall, Allegany County, as part of the First Day Hike program. The event was attended by 33 participants despite cold and windy conditions.

The hike started and ended at the site of the former Jersey Hill fire tower. A short presentation was given before the walk, with Thaine talking about Ranger duties, his role in state land protection, the history of the fire tower, and Civilian Conservation Corps work done at State Forests. DEC forester Theresa Draves also answered questions about forest management on the parcels.

Fire Warden/town of Birdsall historian Howard Hann, a former observer in the fire tower, told the attendees about how the fire tower operated and how towers were used to detect wildfires. Thaine then led a four-mile loop hike.

Public Outreach: On Jan.1, forest ranger Wayne Krulish led 15 hikers down the Holcomb Pond trail on the Zoar Valley Multiple Use Area property as part of the First Day Hikes program. Krulish led discussions about being a forest ranger, the hazards of Zoar Valley, rules and regulations unique to the area, and winter hiking safety and preparedness. DEC forester Chris Enser also assisted on the hike and discussed current and historic forest management of the area.

Wilderness Search and Rescue: On Jan. 2, forest rangers assisted Albany County sheriff’s deputies and state park police with a search for a missing 25-year-old man from Albany who was dropped off at Thacher State Park by a rideshare vehicle on New Year’s Eve at approximately 11 p.m.

Forest rangers and deputies split up into teams to search below the escarpment trail, near the visitor’s center and the overlook parking lot. A crew of Sheriff’s deputies located the man conscious and alert but unable to move due to his injuries.

Utilizing various rope rescue system techniques, the man was successfully rescued from the woods below the cliff, carried to a staged helicopter, and flown to a local hospital.

Wilderness Rescue: On Jan. 5 at 2:53 p.m., Washington County 911 transferred a call to DEC’s Ray Brook dispatch from a 55-year-old man who became lost while hiking from the Pilot Knob trailhead. The caller stated that he wanted to get a better view of a nearby pond and hiked off the trail and up a hill, but became disoriented when one of his dogs ran away. The subject could not locate the trail again.

Using coordinates provided by Washington County 911, forest ranger Melissa Milano determined the man was on a hill overlooking a nearby beaver pond on the east end of the trail.

Milano directed dispatch to advise the man to stay where he was while she proceeded to him from the Inman Pond trailhead off Sly Pond Road.

Milano located the man at 4:22 p.m. and assisted him back to the trail head. Once out of the woods, the hiker was given a ride back to his vehicle at the Pilot Knob trailhead and the scene was cleared at 6:18 p.m. 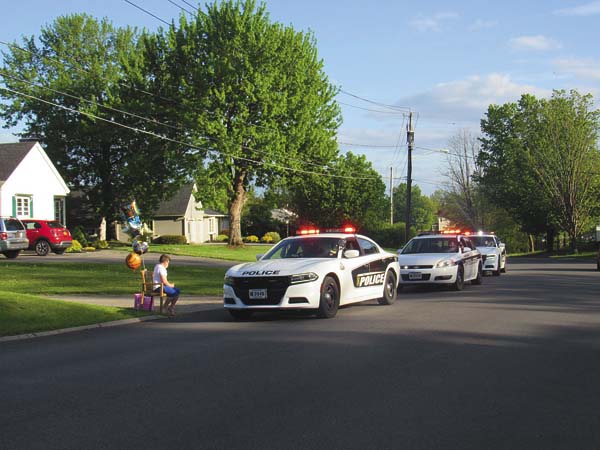