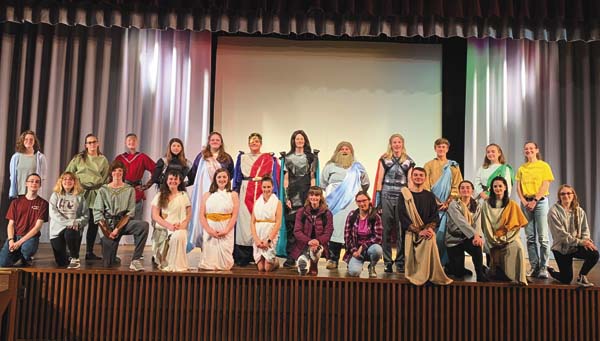 In June, Samuel French released a collection of Marvel Spotlight plays for licensing, including this one-act comedy by Christian Borle.

GHS is only the third organization in the country to perform the new play. Directed by Aaron Flynn, the story follows Thor as he struggles with the stress of final exams, but his brother Loki finds himself under a different sort of pressure. Neither are beneath pranks in the endless competition for their parents’ favor. But underneath all the thunder and mischief, these two Princes of Asgard discover a bond that will last millennia. Including stage combat, comedy, and a lesson on brotherhood, the show is appropriate for all ages. Audience members are encouraged to wear their superhero costumes.

TROY — The following students recently completed the requirements for graduation from their academic degree or ...