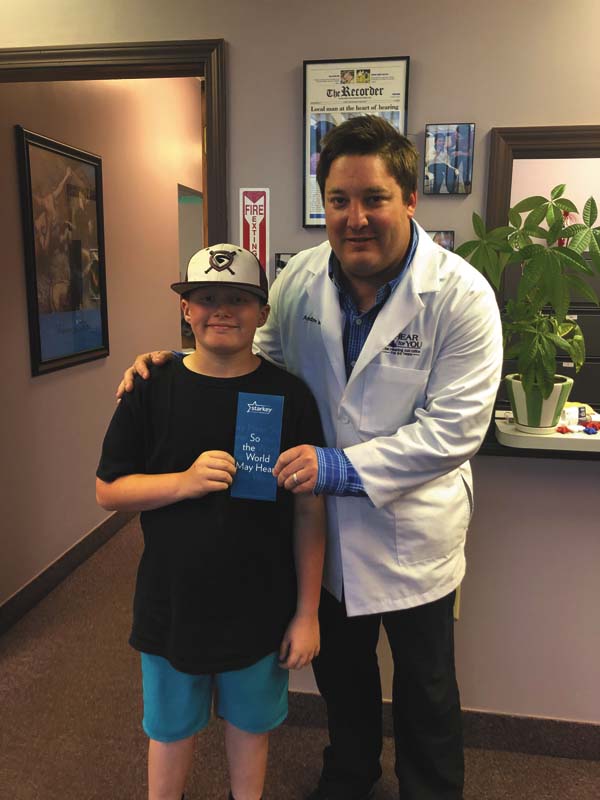 AMSTERDAM — During the Little League season in 2018, hearing instrument specialist Andrew Roth of Hear for You in Amsterdam and Ballston Spa was coaching and noticed a child on the opposite team throw off his catcher’s helmet during a play at the plate, according to a news release.

Roth watched as the boy’s behind-the-ear hearing aid went flying to the dirt. After helping the boy find it and reconnect it to the tube and earmold, he felt the need to reach out to the child’s mother and let her know he wanted to help.

Derek [last name and hometown not provided] was having trouble hearing his coaches and had to turn his head to listen. In doing so, he missed a ball that was coming his way.

With an upcoming trip to Starkey Hearing Technologies in Eden Prairie, Minn., Roth brought a picture of Derek and this story to Starkey owner and CEO, Bill Austin. Austin, along with his wife, Tani, also founded Starkey Hearing Foundation, an organization providing the gift of hearing to those in need worldwide. Upon hearing Derek’s story, Austin’s response was, “I want to make him a hearing aid,” and no further explanation was needed.

Roth provided Austin with an impression of Derek’s ear, and Austin almost immediately sat down and started the process of carving and grinding the mold that would be Derek’s new hearing aid.

Derek’s new hearing aid is so small, it is barely noticeable when worn.

“How impactful to see someone who has helped so many people always willing to step up and help some more. When you learn from Bill and listen to him speak, it is clear we are all part of the same tree.

“Some of us are large branches like Bill, able to give a lot of fruit. Some of us are smaller branches with less fruit, but nonetheless, we all have some to give,” Roth said.

“When you see someone giving a lot it makes you want to be bigger, and one day we might be that larger branch too. It is moments like these that we can all see how great it is to be human and give what we can and share our special gifts and talents.”

The Starkey Hearing Foundation has provided more than one million hearing services to those in need worldwide. For more information on the foundation, visit starkeyhearingfoundation.org. To reach Hear For You, a Starkey Hearing provider, call (518) 842-8000.

JOHNSTOWN — The Fulton County Office for the Aging Nutrition Program meal sites are open to anyone 60 or older or ... 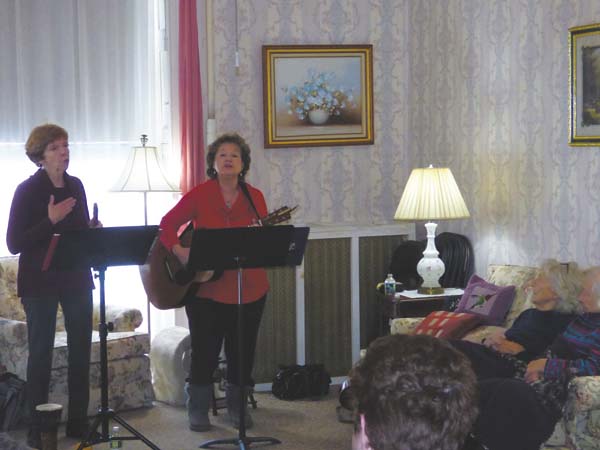 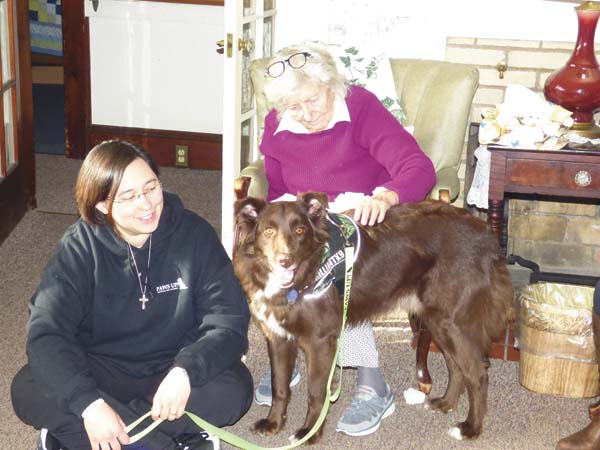