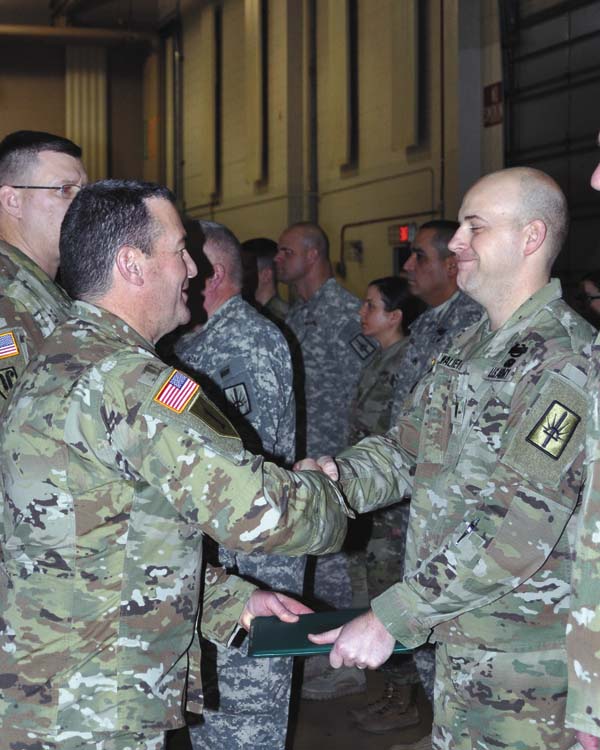 Walker deployed as part of the Exercise Support Group, supporting more than 5,000 participants from more than 30 states across the country, during the month of July at Fort Polk as part of the training rotation at the Joint Readiness Training Center, known as JRTC.

His experience included managing the personnel and administrative support for the deployment and staging at Fort Polk followed by more than 10 days of offensive and defensive missions in the post maneuver areas.

The Exercise Support Group provided the administrative and logistics backbone to allow the combat forces of the 27th Infantry Brigade Combat team to focus on the force on force training exercise.

TROY — The following students recently completed the requirements for graduation from their academic degree or ...