Office supplier merges with Hummel’s after 140 years in business 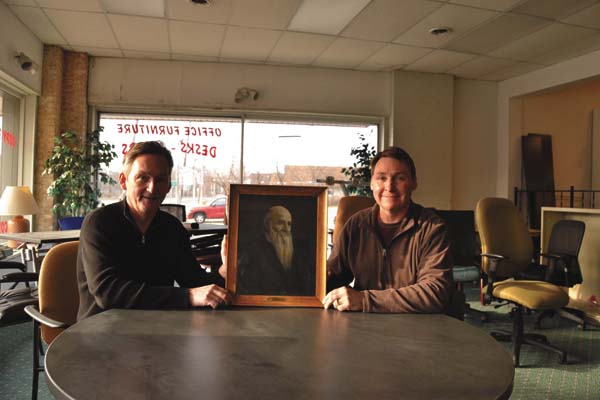 Wayne Bovee, left, and Gary Bovee, former co-owners of Seely Conover’s Office Centre, hold a portrait of Seely Conover Wednesday afternoon at 333 W. Main St. in Amsterdam. Seely Conover’s was bought out by Hummel’s Office Plus on Dec. 1 after nearly 140 of business. Hummel’s, a family-owned office supply dealer founded in 1934 in Mohawk, NY, will continue to offer service to the Fulton-Montgomery region. (The Leader-Herald/Josh Bovee)

A cartoon portrait of Seely Conover sits next to a news clipping announcing the opening of Bovee’s Office Equipment in 1980. (The Leader-Herald/Josh Bovee)

Wayne Bovee, left, and Gary Bovee, former co-owners of Seely Conover’s Office Centre, hold a portrait of Seely Conover Wednesday afternoon at 333 W. Main St. in Amsterdam. Seely Conover’s was bought out by Hummel’s Office Plus on Dec. 1 after nearly 140 of business. Hummel’s, a family-owned office supply dealer founded in 1934 in Mohawk, NY, will continue to offer service to the Fulton-Montgomery region. (The Leader-Herald/Josh Bovee)

“With everything that’s going on [in the industry], it was time to sell,” said Wayne Bovee, co-owner of Seely Conover’s Office Centre, along with his brother Gary Bovee, since 1986.

While Seely Conover’s 333 W. Main St. location will close, Hummel’s Office Plus will continue to service the Fulton-Montgomery region, with long time Seely Conover’s sales person, Marie Fryc, staying on with Hummel’s to “manage and handle the account base moving forward.”

Hummel’s Office Plus, a fourth generation family-owned office supply dealer founded in 1934 by Harrison J. Hummel under the name Excello Typewriter, now services a coverage range “to cities from Syracuse to Oneonta, Amsterdam to Old Forge, and all points in between,” according to its webpage.

“They’re a family owned business like we are,” Wayne said. “They’ve been around for 80-plus years and in our meetings with them, I think it came across that they were very customer focused. They weren’t just selling boxes but were trying to develop relationships with customers.” 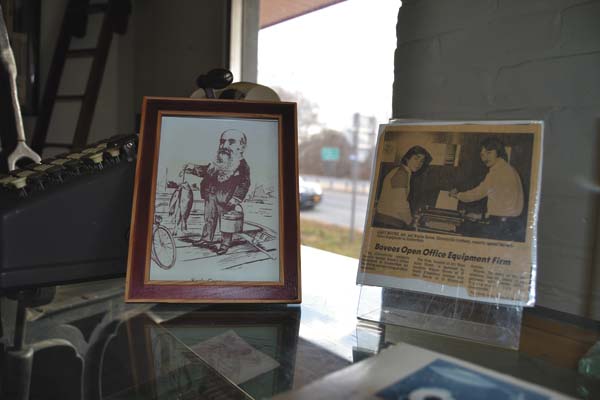 A cartoon portrait of Seely Conover sits next to a news clipping announcing the opening of Bovee’s Office Equipment in 1980. (The Leader-Herald/Josh Bovee)

But even 80 years back seems like the not so distant past compared with Seely Conover’s nearly 140 years of operation. In 1879, Seely Conover, a civil war veteran, school teacher, and former mayor of Amsterdam, opened a book store in the city under the name Conover & Cline’s Bookstore. The name was changed to Seely Conover’s shortly after, which Seely ran until his death in 1923. Seely’s son Kenneth then ran the business until 1972, before leaving it to his own son, Robert. Robert Conover continued to run the business until 1986, before selling to Gary and Wayne, who decided to retain the business’s historic name.

Wayne and Gary’s own rise in the office supply world began in 1980, when Wayne, who had previously worked as a technician for another office equipment dealer, recruited his younger brother Gary, fresh out of high school, to open Bovee’s Office Equipment. Things moved slowly until 1984, when they were tapped by a Xerox representative to become a certified dealer of Xerox products in the area.

“At that time, we became a Xerox sales agent for Fulton, Montgomery, Schoharie and Hamilton counties, which is the beginning of when things started to prosper,” Wayne said.

Two years later they were approached by Robert Conover. 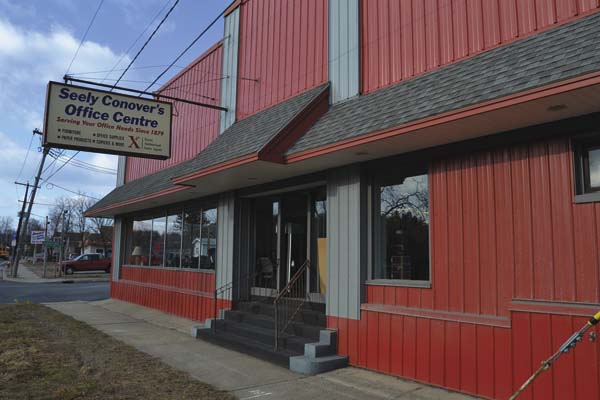 “Bob Conover had approached us probably around 1985, saying that no one in his family wanted to continue the business on and would we think about buying out Seely Conover’s. At that time, we didn’t think it was something that we could do but other people thought we could, so we went with them and decided to do so and it’s been a good run,” Wayne said.

Gary and Wayne attribute their longevity in the tumultuous office supply industry to a plethora of attributes, including “putting in lots of hours, running efficiently, multi-tasking, keeping labor costs to a minimum, keeping expenses to a minimum,” and also by diversifying their product catalogue and by specializing in office furniture installations.

“Ultimately, I think customers have felt that they were treated very fairly with us and that we were competitive and we had a good product at a good, competitive price,” Wayne said. “We liked to buy local and we always pushed that ‘try-to-buy-local-when-you-can’ mentality.”

They also contribute a large part of their success to their long-time sales person, Marie Fryc.

“[Marie] has been with us for 22 years. She [offers] great customer service, great relationships with the customers, and she gave 150 percent every day, no matter what. So I would say that she also played a big role in our success,” Wayne said. 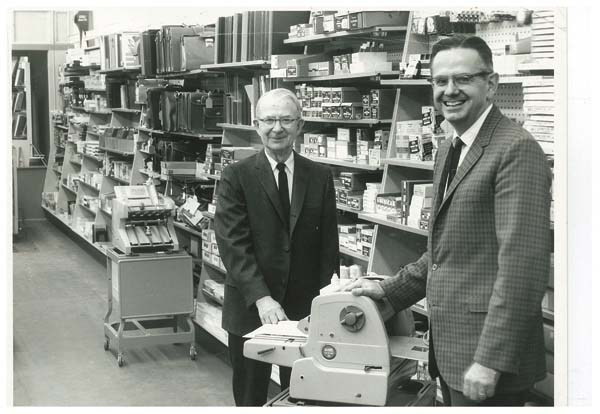 The office supply business has changed dramatically in the ensuing years, with technological advancements and trends towards larger, regional and national suppliers taking precedence over local dealers, which played a major role in Wayne and Gary’s decision to sell Seely Conover’s.

“Twenty years ago, there were approximately 15,000 office products dealers in the country. There are about 1,500, now,” Wayne said. “Many of them were bought out, many of them could not compete, or did not want to compete, and so over the years, the ones that have survived have gotten bigger and bigger. But we use technology to our benefit. We had online ordering. Everything was digital for the most part. We weren’t that mom and pop type store. We’re just a small version of a large company. We could hold on but it’s getting harder and harder. And Hummel’s wants to expand. That is their goal.”

“We have a couple of ideas. Whether or not they’ll pan out, I don’t know. But it will certainly force us to look at other options. At the same time, hopefully we’ll have a little bit more free time,” said Gary. “I guess we’ll have to put that sign back up in the office: ‘Gone fishin’. That’s what we did back when we had no business. We put it in the window and it just said, ‘gone fishin’ and we left.”