Dorn Space: A haven for writers 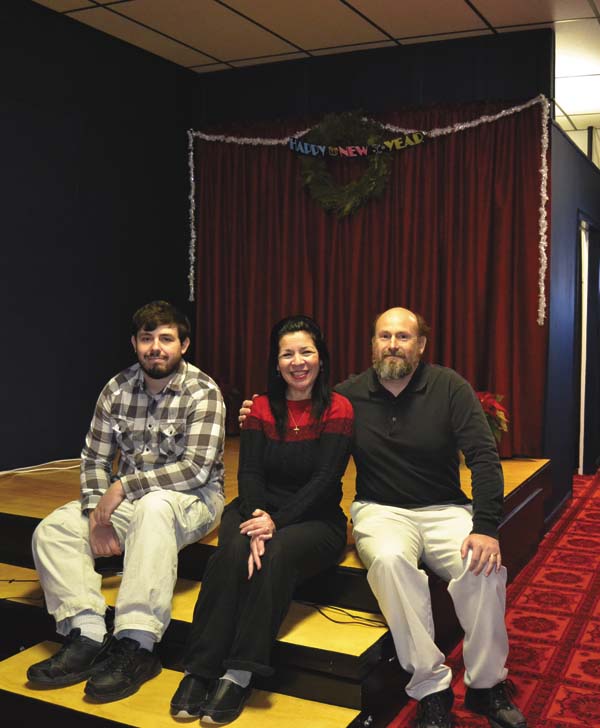 GLOVERSVILLE — Local writers, musicians and comedians have much cause to rejoice. With the opening of Dorn Space this past September, the city now has its very own place to showcase its writerly talents.

“Dorn Space has really been developed as a writing center,” said Brian Dorn, who owns and runs Dorn Space, along with his wife Laura and their son Brandon. “We’re really trying to promote all kinds of writers. Singer-songwriters, poets, comedians, novelists. We’re doing all kinds of writing activities, presentations by writers, concerts, poetry events, storytelling. That’s really our focus: to promote, as much as possible, local writers.”

Located at 99 N. Main St. in the heart of the city, the building, once home to the Knights of Columbus, features a newly built stage and seating for up to 100 people, along with an original dance floor, vintage booths, and an area for concessions — everything needed for a proper showcase space. But Dorn Space’s perhaps most notable asset is its penchant for drawing in talented performers.

Dorn Space opened on Sept. 14 with a performance by locally renowned singer-songwriter, Girl Blue. Since then it has featured a slew of performances: including singer-songwriters, Kevin McKrell and Keane Stark; poets Joe Krausman and Carol Grases; comedians Ed Smyth and Ethan Ullman; and presentations by former FBI agent Dan Kelly and Ulysses S. Grant expert Steve Trimm. Dorn Space also hosts Christian open mics on the first Sunday of each month and a poetry and prose open mic on the first Monday of each month.

“We’d like to see a huge variety of different stuff. We’re kind of modeling ourselves after Caffe Lena,” Brian said, while noting their desire to place a greater emphasis on writing events, compared to the famous Saratoga venue. 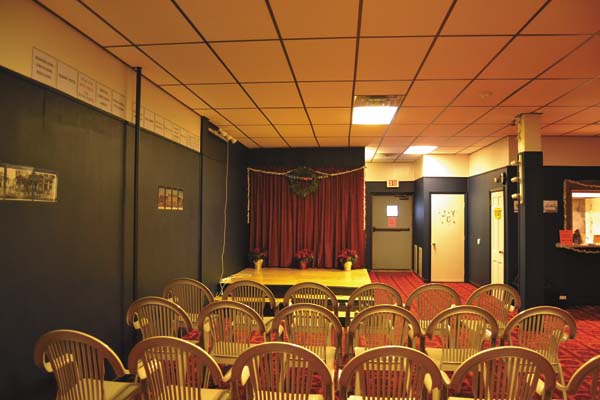 A view of the stage and seating area of Dorn Space is shown. (The Leader-Herald/Josh Bovee)

“[Caffe Lena] has this tremendous calendar of musical events, but they’re about ninety percent music,” Brian said. “They still do some story telling and poetry, and occasionally they’ll have a function other than music, but we’re really trying to be like them but with more of a variety. More comedy, more storytelling, more poetry. Of course music, too.”

In token of their desire to promote writers, Dorn Space hosted a series in November titled “Wide World of Writers Week,” which featured 10 straight days of writing events.

Brian said that while both the artists and the audience has reacted positively to Dorn Space, they are still working out ways to draw in large crowds.

“The reaction has been great from the artists that play here,” Brian said. “Usually their first question is when can we come back? The audience has usually been very receptive to everything we’ve done and very excited about what we’re going to do next. But our biggest issue is getting a big enough audience. We need to get the local people to come in because I think they’d be really excited about it. That’s been our biggest issue so far is really getting engrained in the community.”

Nevertheless, the Dorns are optimistic that Gloversville is just the place to house their vision of a vibrant writing center. Brian, himself an active local poet, was born in Gloversville, and while he and his family currently live in Ballston Spa, they feel that Gloversville was the right place for Dorn Space. 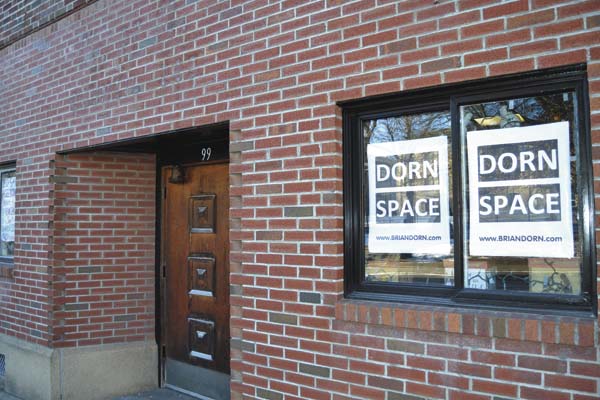 Dorn Space, as seen from North Main Street in Gloversville. (The Leader-Herald/Josh Bovee)

A view of the stage and seating area of Dorn Space is shown. (The Leader-Herald/Josh Bovee)

Dorn Space, as seen from North Main Street in Gloversville. (The Leader-Herald/Josh Bovee)

lston Spa] was a lot like Gloversville about 20 years ago. They’ve really seen a lot of improvement. So I think it’s very possible for Gloversville to really come on strong. We’re hoping that Gloversville is kind of starving for this type of entertainment,” Brian said.

“We see Gloversville as a place with a lot of potential. There’s a lot of talent here,” Laura added. “We want people to realize that you don’t have to drive all the way to Albany or Saratoga to find entertainment. You can stay local. And by us trying to be part of the entertainment community, people won’t have to drive that far. They just have to come in and see what we have to offer.”

Dorn Space, which is only open during events, currently offers simple concessions, such as canned soda and chips, but hopes to offer a more extensive menu of foods and refreshments. However, their plan is to keep things simple.

“We do have a nice kitchen but we’re trying to keep things as simple as possible right now and trying to keep things as affordable as possible” Brian said. “All of our items are only one dollar and there’s no pressure on people to come in and buy stuff. We’re not pushing the concessions but we are planning on expanding on them. Hopefully at some point we’ll actually be providing real food.”

Dorn Space is also dedicated to supporting the local community.

Dorn Space is set to kick off 2019 with another series of back to back events, beginning Jan. 4 with Ed Smyth’s Geek Comedy Hour. The Love Sprockets, a musical group currently based out of Colorado, will follow with a performance on Jan. 5. Dorn Space’s Christian open mic and poetry and prose open mics will follow on Jan. 6 and 7, respectively.

For a more detailed schedule and for booking information, visit www.briandorn.com or find them on Facebook.