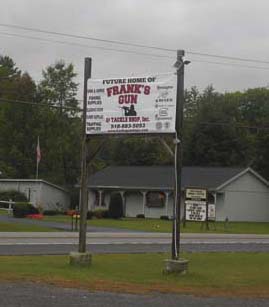 A sign reading "Future home of Frank's Gun and Tackle Shop" visible to motors on Rt. 30 in Amsterdam. Owner's of the gun and tackle store are in the process of renovating a building at 3831 Rt. 30 which will serve as the store's new location. A grand opening is tentatively scheduled for Sept. 2019. (The Leader-Herald/Josh Bovee)

A sign reading “Future home of Frank’s Gun and Tackle Shop” visible to motors on Rt. 30 in Amsterdam. Owner’s of the gun and tackle store are in the process of renovating a building at 3831 Rt. 30 which will serve as the store’s new location. A grand opening is tentatively scheduled for Sept. 2019. (The Leader-Herald/Josh Bovee)

A view of the building at 3831 Rt. 30 which will serve as the new location of Frank’s Gun and Tackle Shop. A grand opening is tentatively scheduled for Sept. 2019. (The Leader-Herald/Josh Bovee)

The inside of a building at 3831 Route 30 undergoing renovations which will serve as the new location of Frank’s Gun and Tackle Shop.(The Leader-Herald/Josh Bovee)

AMSTERDAM — Frank’s Gun and Tackle Shop will soon have a little more room to display its many products, as the outdoor sports store, currently located at 3549 Route 30, is in the process of renovating a building at 3831 Route 30. A grand opening for the store’s new location is tentatively scheduled for Sept. 2019.

“It’s always been a vision of mine to have a bigger store. We’re so cramped for space down there,” said John Havlick, owner of Frank’s Gun and Tackle Shop.

Frank’s Gun and Tackle Shop features a full array of hunting weapons, fishing tools, and a wide variety of outdoor equipment and apparel. With the new location, which Havlick said is significantly bigger than the current location and features a much larger parking area, the store’s already vast selection will continue to expand. The more spacious area will allow him to store and display more products for customers to come in and examine before purchasing.

“I always say, it’s tough to sell a product in a box. People want to see it, touch it, feel it. See how big it is or how small it is,” Havlick said.

Havlick said he plans to utilize the space to display larger sporting items such as shanties for ice fishing, and also to expand his apparel selection with added brands such as Muck Boots, Huk Gear, and Coastal Sunglasses. 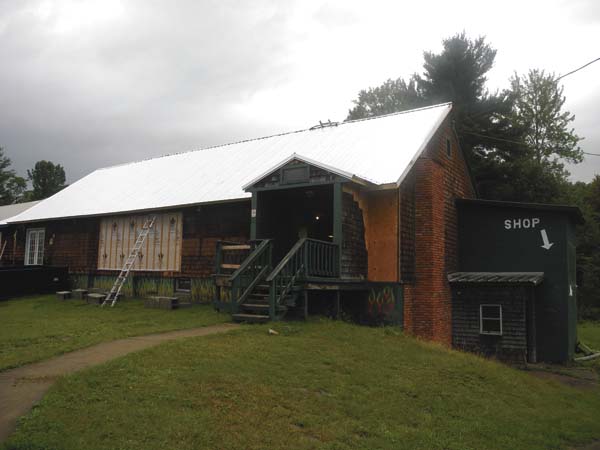 A view of the building at 3831 Rt. 30 which will serve as the new location of Frank's Gun and Tackle Shop. A grand opening is tentatively scheduled for Sept. 2019. (The Leader-Herald/Josh Bovee)

But Havlick said that the biggest advantage is the new location’s ample parking space, which will allow for easy access in and out of the shop with plenty of room to spare for visiting product vendors to display new products for customers.

“We’ve got 495 feet of road-front with three driveways,” Havlick said. “People can get in and out very easily. And with the bigger parking lot, now I can have vendors. I can have ‘Smith and Wesson’ day, ‘Ruger’ day, ‘Glock’ day, and have the vendor here to show all the products and answer questions that maybe I couldn’t answer.”

Frank’s Gun and Tackle Shop was started by Frank and Fran Havlick in 1984 who sold hunting and fishing gear “out of [their] house in Gloversville,” before moving into their current location which was “bought at a bank sale.” Frank and Fran’s son, John Havlick, took over the business “about 10 years ago” and began “expanding more into the clothing line.”

Havlick said that the hunting and fishing gear business hasn’t changed that much over the years except but that it has become more mainstream, as the general public seems to be more accepting of the lifestyle.

“Before, it was kind of like ‘Shh, don’t tell anyone but I like to go hunting,'” Havlick said. “Now you see every movie star in the world doing a hunting show. Years ago, you’d maybe see one hunting show on TV, but over the years it’s become more of a mainstream thing. There are events all over the world now for all kinds of shooting events. It’s gotten bigger and bigger.” 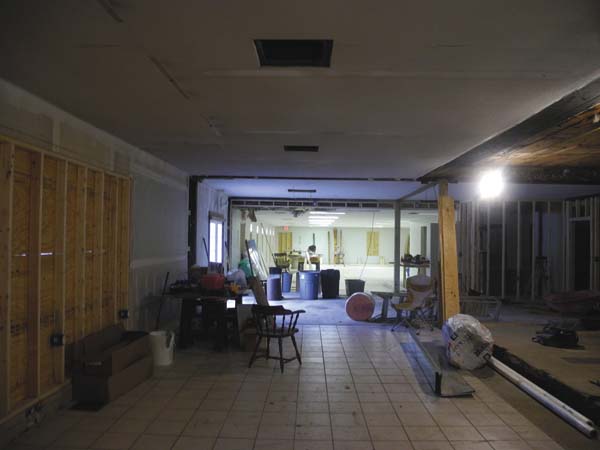 The inside of a building at 3831 Route 30 undergoing renovations which will serve as the new location of Frank’s Gun and Tackle Shop.(The Leader-Herald/Josh Bovee)

With all the extra space available, Havlick said he’s hoping to convert a downstairs area of the building into a classroom space for training and educational programs, such as bow classes, trapping classes and fly-tying classes. He said they will continue to provide a reloading area, a feature already available in their current building “which has done exceptionally well.” Havlick said he’s also looking into putting in an archery shop.

Havlick said the new location is sure to draw new customers, with its central location, ease of access, and increased display space. But the new building’s proximity to the old one ensures that his current customers won’t have far to travel to find the place.

“We’re literally one mile — I think it’s actually 1.1 mile from our old shop,” Havlick said. “We’re on the same side of the road. Same everything. So everyone’s happy.”

While the grand opening of Frank’s Gun and Tackle Shop’s new location is set for September 2019, Havlick said he thinks the shop will open up sometime before then.

“The grand opening will be the first weekend in September,” Havlick said. “But we’ll probably be in, I’m hoping June or July, somewhere around there. We’ll probably have both locations open for a little bit during the move. “