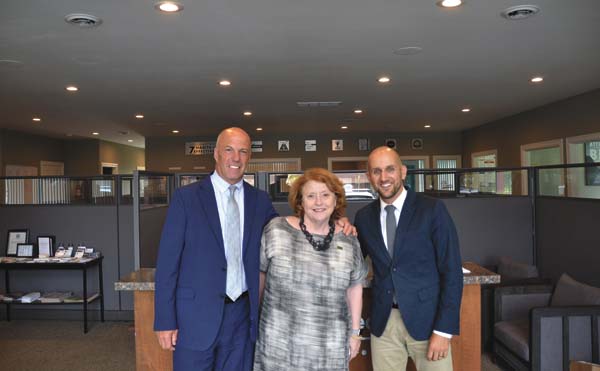 AMSTERDAM — Area residents will soon be seeing a new brand of real estate sign throughout the region as local real estate company CMK and Associates has been acquired by Howard Hanna Real Estate Services. The deal, which went into effect on July 24, makes the local company a part of the third largest real estate company in America.

“We’re in the process of switching over our signs and implementing the new system,” said Christian Klueg, now district manager of Howard Hanna.

Klueg founded CMK & Associates in 2008. In the ensuing decade, CMK grew rapidly. With six offices strategically located throughout parts of Fulton, Montgomery, Hamilton, Saratoga and Albany counties, including offices in Amsterdam, Ballston Spa, Northville, Guilderland, Johnstown and Speculator, CMK’s reach over the area had been swift and commanding.

While the company is now officially a part of Howard Hanna, the CMK team will essentially remain the same, with Klueg taking on the role of district manager, Bryn Brown as office manager, and Amanda Pitcher named director of marketing. All six of the CMK offices will remain open, with those offices and the sales associates and workers within them now functioning under the Howard Henna name. Krueg says that joining the Howard Hanna team is beneficial because it gives his agents access to the best resources available, including state of the art training and marketing tools, while also “allowing customers to have more reach.”

“It’s all part of the continuation of our journey, which is a constant desire to improve,” Klueg said. “We want to have excellent service. We currently have over 60 agents and we want to give them the best resources available. Joining Howard Hanna gives our agents access to all kinds of new marketing tools and trainings. We’re all blown away by it. It opens massive doors for our agents to access bigger and better resources.” 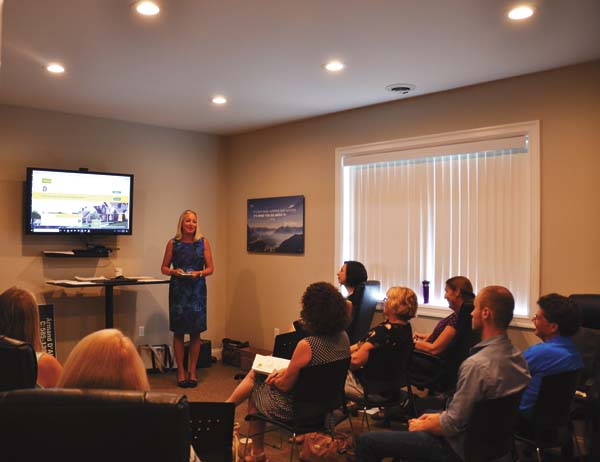 Howard Hanna Real Estate Services was established in 1957 in Pittsburgh, Pennsylvania by Howard and Anne Freyvogel Hanna. Family owned, with three generations of the Hanna family making up a part of the executive team, Howard Hanna now covers a significant portion of the eastern U.S., “with 262 offices across NY, PA, OH, VA, MI, WV, NC and MD,” according to a press release. With the acquisition of CMK & Associates, Howard Hanna’s reach extends further into New York state,

“We are thrilled that Christian and the rest of his team will be joining Howard Hanna and contributing to our growth in New York,” Howard W. “Hoby” Hanna, IV, president of real estate brokerage, said in the release. “This is a great time for us to partner with CMK & Associates to provide unmatched, innovative and comprehensive real estate services to more buyers and sellers throughout the state.”

The Howard Hanna brand will begin popping up on real estate signs, advertising throughout the region formally covered by CMK & Associates, while those who visit the CMK website will soon be redirected to www.HowardHanna.com, according to the release.

The former CMK team is currently undergoing extensive training in preparation for the transition into the Howard Hanna team. Members of the Howard Hanna executive team — including Helen Hanna Casey, CEO and Al Picchi, senior vice president of the Eastern New York District — were on hand at the Amsterdam office Thursday afternoon as training commenced.

“CMK & Associates has grown tremendously over the past 10 years, and we are excited to expand our footprint into counties to the west of the Capital Region,” said Picchi in the release. “I look forward to working with the entire team at CMK & Associates and helping continue their trajectory of growth as part of the Howard Hanna family.”