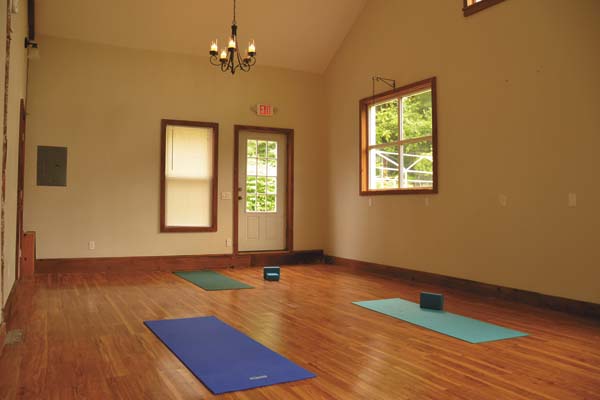 Isabella sits in lotus position inside the Caroga Yoga studio, where she offers yoga classes several days a week during the summer months. (The Leader-Herald/Josh Bovee)

CAROGA LAKE — Caroga Lake has always been a summertime haven for Fulton County residents. From outdoor activities such as hiking, swimming and boating, to summer concert series and firework displays, there’s no end to what you can do. And now you can add yoga to your summer list. Caroga Yoga, a seasonally run yoga studio located at 120 London Bridge Road, holds yoga classes four days a week throughout the summer, including gentle yoga, candlelight yoga, morning glow, as well as a Saturday morning beach yoga at Pine Lake Park.

“[Caroga Yoga] is my baby. I love it,” said Katie Isabella, of Caroga Yoga. “I love after a class when someone looks so happy and they feel so good, it makes me so happy. Or when you see somebody and they’ve been working on a pose and finally they nail it. I get really excited for people.”

Caroga Yoga is run by Katie Isabella who describes her style as “vacation yoga.” Isabella completed her yoga teacher training in 2013 and since then has been guiding sun-dazed and sandy Caroga Lakers through downward dogs, shavasanas and the occasional handstand-pushup ever since.

Isabella is all about helping people of any skill level to build comfort and confidence in their yoga practice with an emphasis on moving at a pace that works for each individual patron. 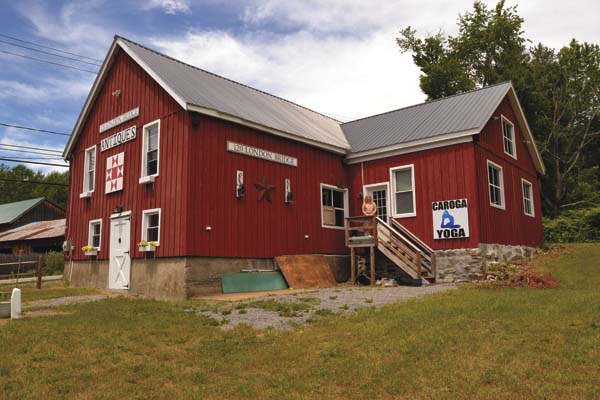 “I feel like for a lot of people when they think of yoga, they think of handstand-pushups and get really intimidated,” said Isabella. “But I have a loveable, very chill demeanor, and I’m kind of a goofball. So people are never that intimidated when they come to my class. People get so stressed out about their postures looking absolutely perfect, which is totally fine, but at the same time you should really listen to your body and not force it to go in these positions that you’re not ready for.”

So while handstand-pushups may not be for everyone, Caroga Yoga patrons are sure to find a routine that works specifically for them.

“Normally in class I’ll start with a sequence,” said Isabella. “But I like to tell people to move at their own rhythm and their own pace. I like to allow people to move freely. That helps people realize that they can do this at home where they can really listen to their body.”

Over her years as a yoga instructor, Isabella has honed her ability to retain a level of difficulty for more advanced students while making sure that new or less advanced students are not overextending themselves.

“When you come out of teacher training, you expect everyone to have been practicing 24/7 like you have. But eventually you have to realize that if you have a certain clientele–people who are new to [yoga], or whatever–they’re not going to be at that level,” said Isabella. “So pushing them to be at a certain level when they’re not ready for it is really not a good idea. From day one I’ve told everyone to always be really mindful of their bodies. 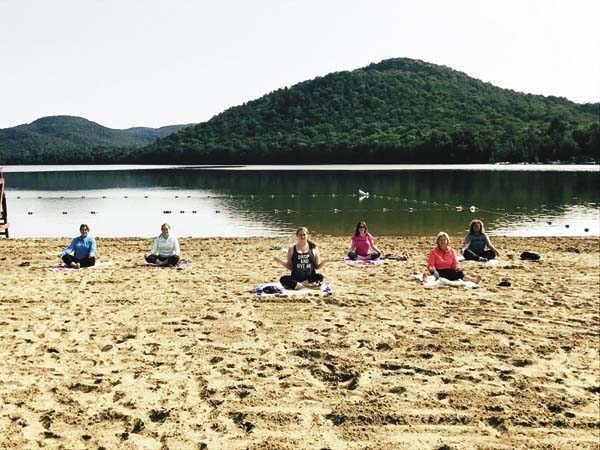 Isabella, who also works as both an insurance and real estate agent, explains how practice in yoga is helpful, not only in her own line of work, but in all areas of life.

“I feel like yoga really helps me with real estate and insurance. I love real estate because you’re helping people find homes and that can be really stressful for people. So I have to try to remain calm, because I feel like if I’m calm then everyone will remain calm. It doesn’t help if you freak out in any situation. I feel like if you remain calm and try to problem solve, you can really find your way a lot easier.”

Since its start, Caroga Yoga has thrived off of the superior sense of community in Caroga Lake, particularly during the summer months.

“In the summertime you can’t beat [Caroga Lake], with the lakes,” said Isabella. “There’s a really great sense of community and I feel really lucky to be a part of it. I generally feel so grateful to have the ability to teach and to work with the people I work with.”

Caroga Yoga will be offering yoga classes at the studio and at Pine Lake Park throughout the summer season, ending after Labor Day weekend. They also offer private lessons upon request. 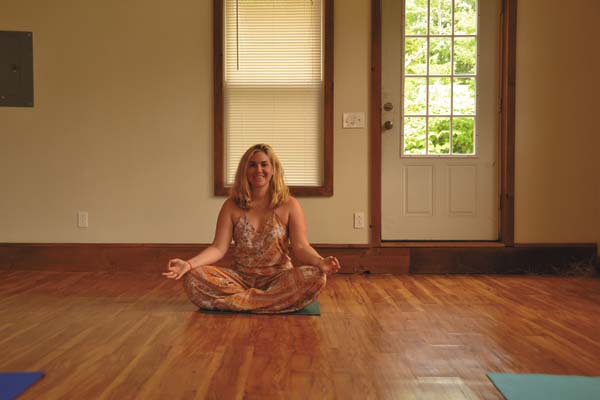 Isabella sits in lotus position inside the Caroga Yoga studio, where she offers yoga classes several days a week during the summer months. (The Leader-Herald/Josh Bovee)

For more information and a full schedule visit ww.facebook.com/carogayoga. 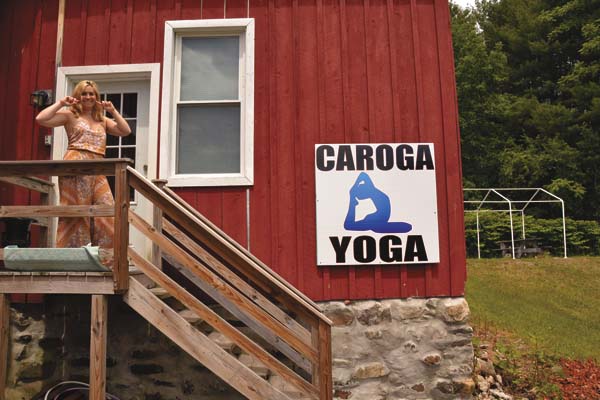