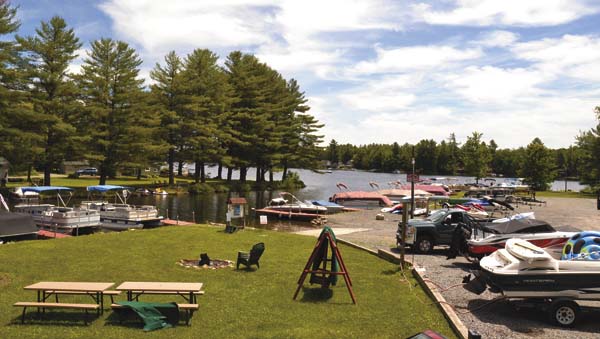 A view of the lake and docks at Caroga Lake Marina and General Store, located at 2279 Route 10. The marina offers a full range of services, from seasonal dock rentals, boat rentals, a boat launch, boat repair, a full general store, and new and used boats. (The Leader-Herald/Josh Bovee)

A view of the lake and docks at Caroga Lake Marina and General Store, located at 2279 Route 10. The marina offers a full range of services, from seasonal dock rentals, boat rentals, a boat launch, boat repair, a full general store, and new and used boats. (The Leader-Herald/Josh Bovee)

CAROGA LAKE — The Caroga Lake Marina, which opened on Memorial Day 2009, has steadily grown into the community by making the lake accessible to all. Offering seasonal docking spaces, a boat launch which may be used for $10 per launch and plenty of water-based rentals including pontoons, paddle boards, kayaks, canoes, and fishing boats, marina owners Carol and Karl Ziemann continue to diversify their services so that lake-goers can make the most of their time on the water.

For those who decide to keep their boats docked at the marina, the Ziemann’s are committed to taking the work out of owing a boat by taking care of everything from gas-ups and cleanings, to service and repairs. They also winterize boats and provide winter storage space for customers.

“A lot of people on the lake have at the most 12 weeks of summer up here, if they’re lucky. Twelve weekends,” said Carol. “We really try to sell convenience. The boat is delivered to their dock with a full tank of gas, completely cleaned. All they have to do is turn the key and go have fun.”

The Caroga Lake Marina is also an authorized dealer of Suzuki motors, Lexington pontoon boats, Caravelle speedboats, and Pelican kayaks and stand-up paddle boards. They are also a dealer of used and refurbished boats.

In addition to the marina, a general store was opened in May of 2011. Open in the summer months from 8 a.m. to 8 p.m., the store offers boating and fishing gear, bait, snacks, lake-themed gift items, and local hand-made jewelry. 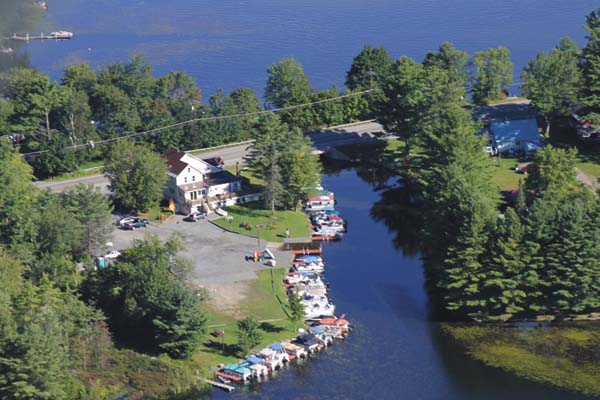 Carol and Karl moved to Caroga Lake from Long Island in 2008. After years of vacationing in the Adirondacks, it was their dream to own and run a little marina somewhere in the state park.

“We always vacationed in the Adirondacks with the kids their whole life. We would have a boat and we would go out. We would go to Schroon Lake, Loon Lake, and a lot of other Adirondack lakes,” said Carol. “My husband always wanted a small marina. So we came up here and we put in all new docks and we started a business.”

Now in their 10th year of operation, the Caroga Lake Marina crew — including Carol and Karl, along with their son, Daniel, mechanic Roger Knowles, and William Bronk who has been “working with [the marina] for at least eight years,” — has fully immersed themselves into the town with the goal of benefiting their community.

Each winter, they host a “Polar-Plunge” event, with proceeds going to the Caroga Lake Fire Department.

“Last year we raised over $2,000 for [the fire department] with that one event. I’d say over the eight years we’ve been here, we’ve probably donated about $15,000 to them. That’s part of the community that we support,” said Carol. 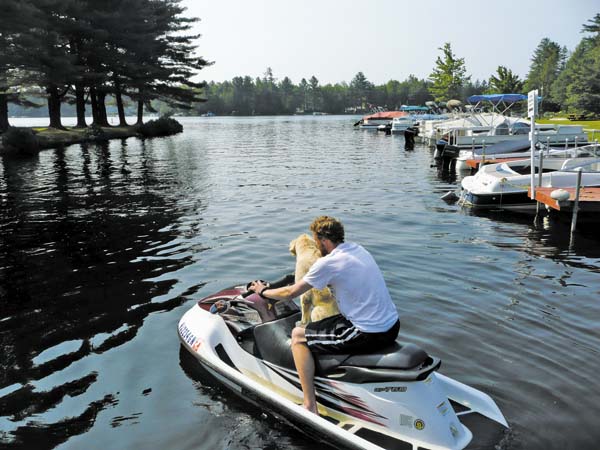 Another way the Caroga Lake Marina is helping the community is by monitoring boats coming in and out of the lake in an effort to prevent the spread of invasive plants like Eurasian milfoil and brittle naiad.

“In conjunction with the [town of Caroga] and the [ state Department of Environmental Conservation] to help prevent the spread of invasive species in the lake, we are now checking all of the boats coming in and out and making sure they’re not carrying anything on them or on their trailers,” Carol said.

“I was in Vermont last week delivering a boat and you couldn’t even tell this person’s house was waterfront anymore because it started to look all swampy with growth and vegetation. It looked like you could walk out onto it. That’s just what you don’t want to happen,” said Carol.

“It was pretty intensive,”said Carol. “It was a solid eight to 10 hours a day. But it was hands on and we looked at the different species under microscopes and we checked the boats. They gave us a really good background in what to look for and what to expect. And especially where to look for it.”

The primary way that invasive species are spread is by way of boats and boat trailers, which pick up the weeds and then carry them to new locations. Once set in, invasives such as Eurasian milfoil and brittle naiad are extremely difficult to eradicate. But with vigilance and cooperation within the boating community, their spread can be limited.

“We’re very lucky. Our town has a boat wash,” said Carol. “Not every town has these boat washes. So if I see something on a boat, I would send them up to the boat wash.”

The Caroga Lake Marina and General Store, located at 2279 Route 10, Caroga Lake, is open from April to December. For more information visit their website at www.carogalakemarina.com or visit them on Facebook.