Lennon’s looks to the future

After more than 40 years in business, long-time service center is moving into computer repairs 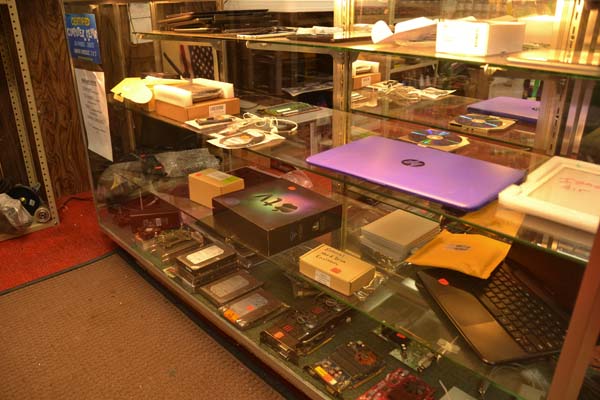 A line of lawnmowers in front of Lennon’s storefront in Gloversville. (Josh Bovee/The Leader-Herald)

GLOVERSVILLE — Lennon’s, a parts and service center which has been in business in the city for over 40 years, is taking a step forward into the future. With a new addition to their team of workers, Lennon’s is now a certified computer repair shop. From Apple phones, tablets and computers, to TVs, gaming consoles, and everything in between, according to them, there’s no electronic device Lennon’s Certified Computer Repair cannot fix.

“My major thing growing up was tinkering with anything and everything in the house. My parents used to get really upset over the fact that I used to play around with everything. But they never really saw that this was going to be my passion,” said AJ, the operator of the newly opened faction of Lennon’s. “I decided that after school I was going to pursue it even further, because I figured the one thing that isn’t going to die is technology.”

AJ graduated from ITT Tech in 2007 with a degree in computer science.

After securing certifications from both Apple and Linux, AJ started working as a privately contracted technician for businesses in the Clifton Park area. After finding his wife and starting a family near his hometown of Mayfield, AJ took a job with Lennon’s in late 2017. But he wasn’t quite ready to leave his work with computers behind him, and it didn’t take too much convincing for Norman Lennon, long time owner of Lennon’s, to give AJ the go-ahead. 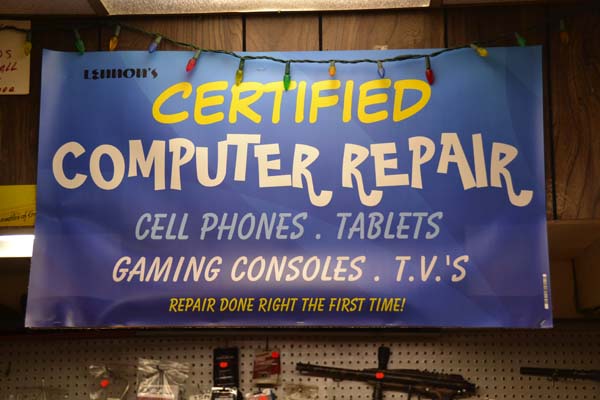 “We just want people to get the best repair,” AJ added. “I’ve seen so many techs around here –especially the ones who are self taught–that don’t fully know how to make certain repairs. They might be good. I’m sure there are ones out there that are extremely good, but they still don’t know the field like someone with a certification. And when you’re putting your electronic equipment in their hands, it’s like trusting an uncertified mechanic with your car.”

AJ began servicing computers as part of Lennon’s in May, and while business has been steady, already AJ is looking ahead to the future.

“We’ll be expanding,” said AJ. “Once more customers come in, the bigger this place will be. We’re looking to expand into something big. Honestly, this is just our test phase to get it going. Once everything starts going correctly, then we can really push it out there. We’ll be selling new products. I’m working on becoming an authorized warranty center for certain companies like Dell and HP. And we’re looking at some point to sell our own [electronics] insurance.”

Lennon’s Power Equipment has never been afraid of diversifying, as their business has continually evolved over the past four decades. Norman Lennon and his late wife started the business 43 years ago. Lennon’s almost saw its demise within the first year of its existence when their store was bypassed by Route 30A, cutting it off from the main roadway. But with persistence and business savvy, Norman Lennon grew Lennon’s into one of the largest service centers in the Northeast, with a service radius of 150 miles.

So while to some, the extension of Lennon’s Power Equipment into a computer repair shop may seem unusual, to Norman and AJ, it is a perfectly natural extension to an ever changing business. 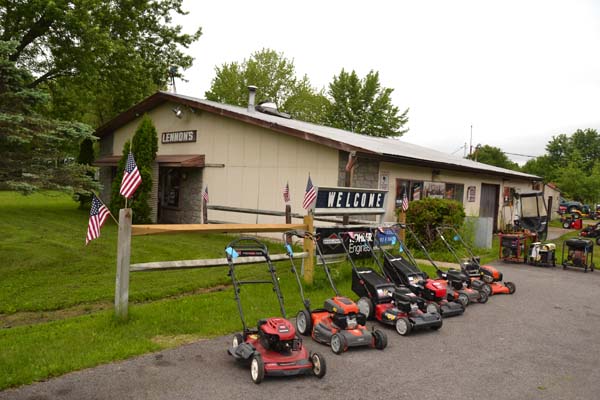 A line of lawnmowers in front of Lennon’s storefront in Gloversville. (Josh Bovee/The Leader-Herald)

“I think we’re going to have something here that everybody’s been in need of. Trust is the main key. If you don’t trust your tech, than you’re going to run into problems,” said AJ.

“We’re interested in helping people,” added Lennon. “That’s what we’ve done for 43 years. This is just our new way of doing it.”