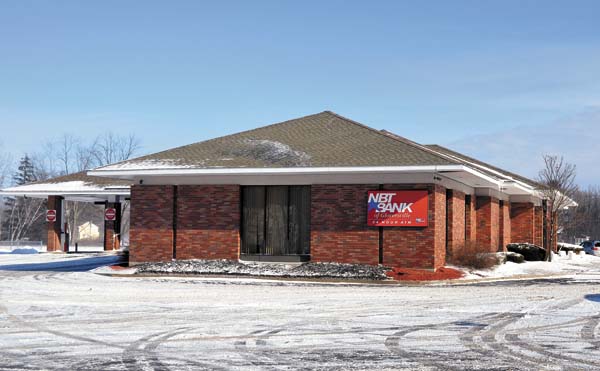 The NBT Bank branch on Second Avenue in Gloversville is pictured. Employees of NBT Bank will see a pay increase due to the Tax Cuts and Jobs Act, a federal tax reform legislation. (The Leader-Herald file photo)

Employees of NBT Bank will see a pay increase due to the Tax Cuts and Jobs Act, a federal tax reform legislation.

NBT Bancorp officials announced a profit to their shareholders and the company’s net income rose $3.8 million from the previous year allowing for the generous sharing of the profit to its employees.

NBT Bancorp will realize a reduction in tax expense beginning in 2018 due to tax reform decreasing the federal rate for corporations from 35 percent to 21 percent.

As a result, the company is raising the starting hourly pay rate of $11 to $15 per hour; employees earning $50,000 or less will receive a permanent minimum increase of 5 percent, according to an NBT Bancorp news release.

This will positively impact over 61 percent of NBT Bancorp’s workforce.

“The NBT Executive Management Team believes it is important to share the benefit of tax relief with our employees because they are our most important asset,” said Florence Doller, Senior Vice President and Director of Corporate Communications for NBT Bancorp.

Doller said NBT Bancorp would also be investing in technology that will benefit the company’s customers and contributions to nonprofits serving the customers communities.

“Supporting our employees is an important aspect of NBT’s culture, and we’re pleased to demonstrate how much we value their contributions in this way,” he said.

In the news release, Chief Executive Officer John H. Watt Jr. referenced an “an improving domestic economy and higher consumer confidence” as contributing factors to the company’s successful results for 2017.

Doller said all entities that pay corporate taxes to the U.S. government are experiencing tax relief as a result of the Tax Cuts and Jobs Act passed in December 2017.

“While we can’t speak to what other financial institutions are doing, I can offer that credit unions are not subject to federal corporate taxes,” she said.

NBT Bank has several branch locations in the area, including St. Johnsville, Fort Plain, Amsterdam, Northville, Johnstown, Gloversville, Broadalbin and Canajoharie as well as a remote dive-up location in Fonda.