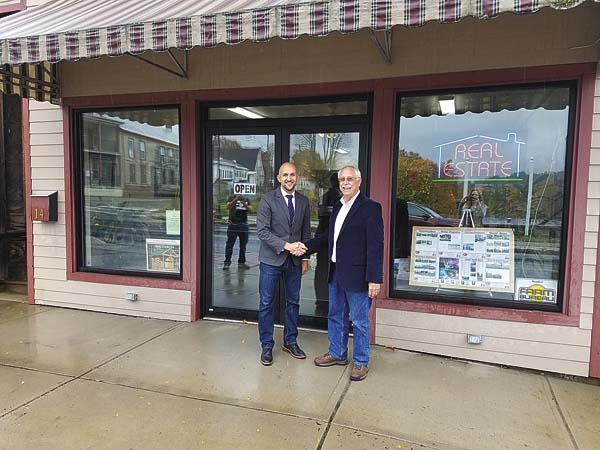 Since CMK has opened its doors in 2008, the brokerage has grown significantly.

The brokerage now includes 10 staff, 56 agents, over $430 million in total sales, and the newest addition to its seventh office at 14 S. Main St. in Dolgeville.

“At CMK, our goal is to be a leader in innovation within the industry so we can provide our clients with the best possible results when needing to buy or sell real estate. We are always honored when a client chooses to work with one of our agents, and we are equally honored when another broker or agent decides to join our team,” said Christian Klueg, Owner, and CEO at CMK and Associates Real Estate in a news release. “I’m beyond excited to welcome Van and his team to our CMK family — it’s a natural fit for both of our brokerages.”

“Joining Van Billings Real Estate with CMK and Associates Real Estate is a formula for success,” Van Billings, associate broker, said in the release. “The energy, support, and marketing resources that CMK is providing to its clients and agents is something I am eager to be a part of.  With technology advances like a custom website as well as a mobile app, a staff of marketing professionals, a training coordinator, photographers, 3D tours, videographers, and FAA certified drone operators, CMK offers agents and clients a wealth of resources. By offering these amazing services, I expect to greatly increase our office market share.”

Both CMK and Van Billings are excited about the future of doing business together. an Billings Real Estate will begin to operate as CMK and Associates Real Estate on Saturday.

Opening its doors in 2008, CMK and Associates Real Estate was started by Christian Klueg.

In CMK’s nine years of doing business, the company has produced over $430 million in sales and now has seven offices within the Capital Region: Northville, Amsterdam, Speculator, Johnstown, Guilderland, Ballston Spa and Dolgeville.

Van Billings has been a realtor for more than 40 years.

A graduate of the Cornell Ag School and member of Farm Bureau, Billings has also become a major Farm Broker in Central New York.