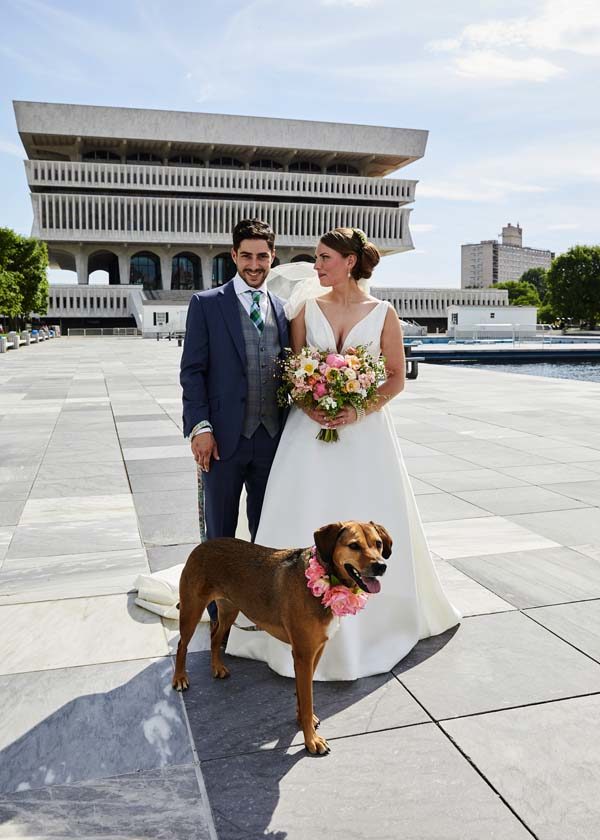 Marlaina Wing, the daughter of Noel and Sue Wing of Johnstown, was united in marriage to Dan Hunter, the son of Jeffrey and Susan Hunter of Manhattan, on June 16.

The ceremony and reception were held at the New York State Museum, Albany. Tucker Schmitt officiated.

She was attended by siblings, Anna Goderie and Peter Wing. The flower girls were Isla Goderie and Leah August, nieces of the bride and bridegroom.

The bridegroom was attended by sister, Joanna August. The ringbearers were Jay and Nash Wing, nephews of the bride.

The couple resides in Poughkeepsie, Dutchess County, with their dog, Combo.

The bride is a 2009 graduate of Johnstown High School and received a bachelor’s degree from Cazenovia College.

The bridegroom is a 2005 graduate of Friends Seminary, Manhattan and received a bachelor’s degree from Brandeis University.