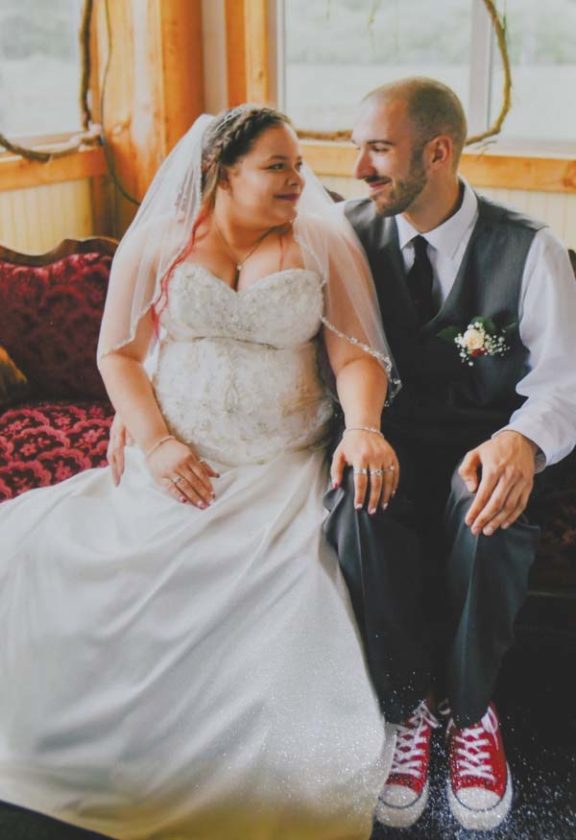 The ceremony took place at The Bridge Walk at Perthshire. Paul Giudilli officiated.

The best men were Aaron Smith of Amsterdam and Brock Lewis of Massachusetts. The groomsmen were Alex Padilla, brother of the bride, and Kenneth Padilla, both of Amsterdam. The ringbearer was Brandon Berrocales of Broadalbin.

A reception for 106 guests took place at The Bridge Walk at Perthshire. During the reception, an announcement was made that the bride and bridegroom chose June 23, as their wedding day to honor the 71st birthday of the bridegroom’s late father.

The couple resides in Broadalbin.

The bridegroom is a 2009 graduate of the Broadalbin-Perth High School and a 2012 graduate of FMCC with a degree in criminal justice. He is employed as a bank teller at NBT, Gloversville.