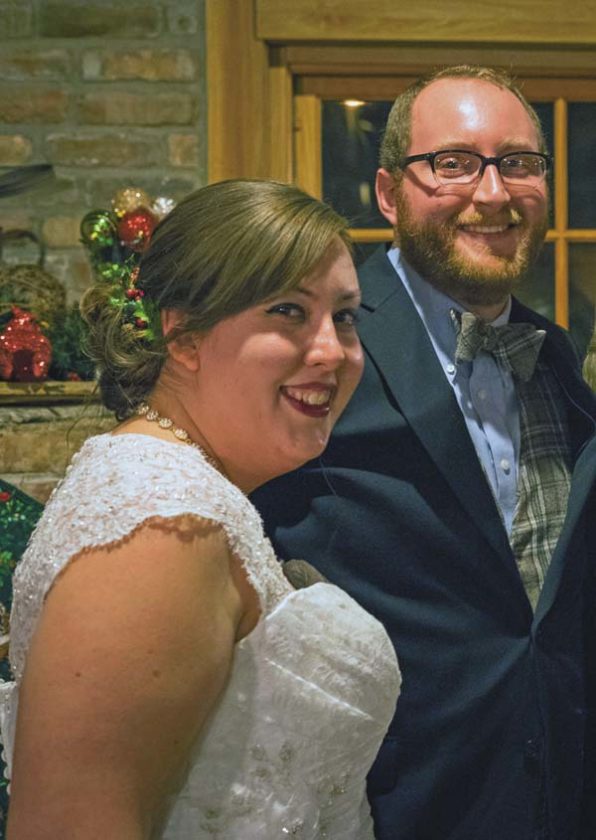 Caitlin H. Beyer, the daughter of Scott and Karen Beyer of Xenia, Ohio, was united in marriage to Christopher A. Blackford, the son of Robbie and Jim Valley of Fairborn, Ohio, and Jeff Blackford of Lewisburg, Ohio, on Dec. 23, 2016.

The couple resides in Englewood, Ohio.

The bride, who is the granddaughter of Ruth Beyer and the late W. Robert Beyer of Vails Mill, and the late Col. W. Gordon and Carol Coloney of Broadalbin, is a graduate of Jefferson Forest High School, Forest, Va., and Randolph-Macon Woman’s College, Lynchburg, Va. She is employed as a school administrative assistant at Summit Academy Community School, Dayton, Ohio.

The bridegroomm, who is the grandson of Ruth Dunlap and the late Robert Dunlap of Eaton, Ohio, and Janet Blackford and the late Joseph Blackford of Tipp City, Ohio, is a graduate of Brookville High School, Brookville, Ohio, and Wright State University, Fairborn, Ohio. He is employed as an information services assistant at Brookville Branch Library, Brookville.