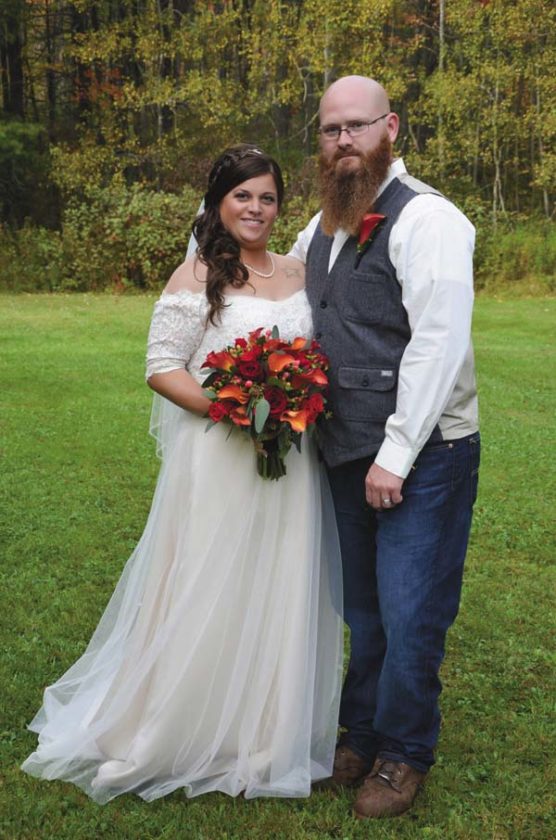 Jaime L. Crounse, the daughter of Bryan and Kathy Crounse of Gloversville, was united in marriage to David J. Sayles, the son of Deborah Canfield of Fonda, and the late Steven Sayles of Winter Haven, Fla., at 3 p.m. Oct. 7.

The ceremony and reception took place at their home in Johnstown, with approximately 150 guests in attendance. The Rev. William T. Hodgetts Jr. officiated.

The bride was escorted, and given in marriage by her father.

James Canfield, grandfather of the bridegroom was also in attendance.

A wedding trip was taken to Niagara Falls, Canada. The couple resides in Johnstown.

Crounse, who is a 2002 graduate of Gloversville High School, is employed as a business manager at Classic Auto Wash, Johnstown.

Sayles is employed as a production floor operator at Fage, Johnstown.