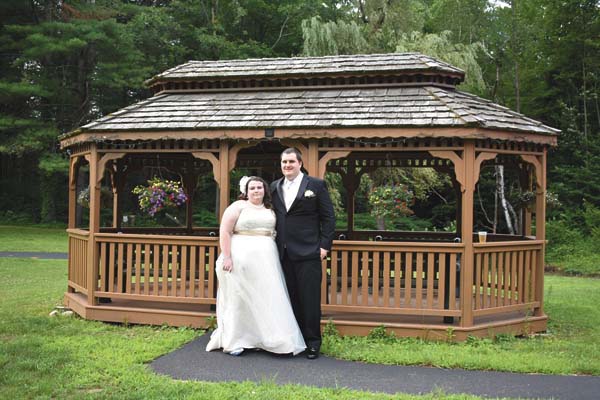 J. Katelyn Rose Mersinger, the daughter of Charla and Brent Mersinger of Gloversville, was united in marriage to Alexander Pericles Bantis, the son of Pericles Bantis of Ballston Spa, Saratoga County, and Kim and John Valik of Johnstown, at 5 p.m. July 15.

The bride was given in marriage by her father, Brent Mersinger, of Gloversville

A country smoking barbecue for 180 guests took place at the Concordia Club.

A wedding trip to Maine is planned for the summer of 2018. The couple resides in Buffalo, Erie County.

The bride is a 2013 graduate of Gloversville High School and a June 2016 graduate of Hamilton-Fulton-Montgomery Board of Cooperative Educational Services adult Licensed Practical Nurse Program.

The bridegroom is a 2012 graduate of Johnstown High School and a 2016 graduate of the University at Buffalo with a bachelor’s degree in biotechnology and a minor in pharmacology and toxicology. He is employed at Empire Genomics, Buffalo, as a manufacturing laboratory technician.