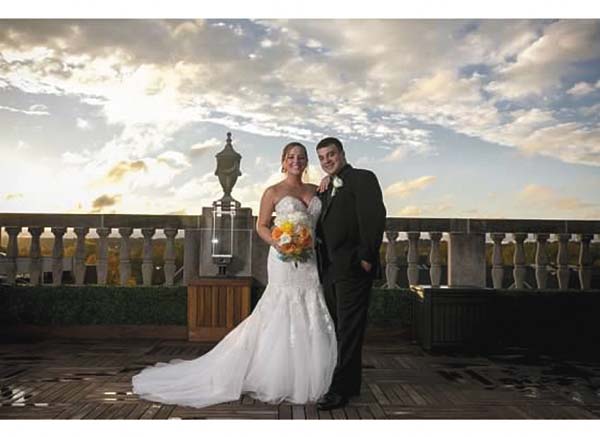 Gretchen Derwin, the daughter of Timothy and Melissa Derwin of Johnstown, was united in marriage to Jake Arrunategui, the son of Jeanine Arrunategui and David Ayers, both of Johnstown and Rolando Arrunategui of Miami, Fla. at 6 p.m. Friday, Oct. 21, 2016.

The matrons of honor were Jessica Stock of Johnstown and Rachel Green of Columbus Ohio, both sisters of the bride.The bridal attendants were Chariesse McDermott, sister of the bridegroom, Jackie Papa, Jamie Precopia, Cassandra King, Karly Vdoviak and Alix Leo, all of Johnstown. The flower girls were Chloe, Caydence and Sidney Carpenter, cousins of the bridegroom.

The best man was Andrew Wilson of Johnstown. The ushers were William Stock and Paul McDermott, Ben Fernandez, Craig Cook, Daniel Gillen, Joel Empie, Louis Emden and Nick Tino, all of Johnstown. The ringbearers were Paxton Stock, nephew of the bride; and Brady Warner, cousin of the bridegroom.

The bride and bridegroom are both 2009 graduates of Johnstown High School and 2011 graduates of Monroe Community College, Rochester, Monroe County. The bride is a dental hygienist and the bridegroom is a police officer.