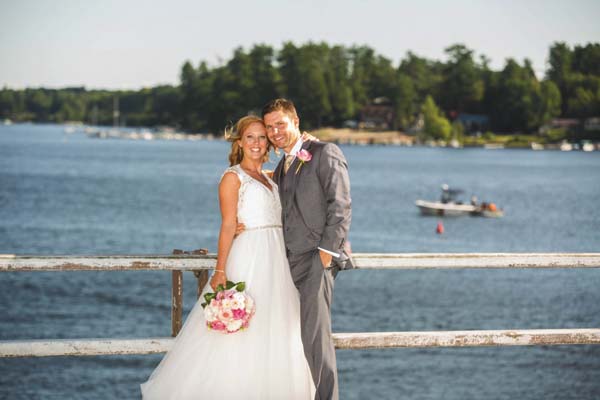 Katie Nellis, the daughter of Richard and Kathleen Nellis of Johnstown, was united in marriage to Ryan Warner, the son of Mark and Cathleen Warner of Johnstown, on Aug. 6.

The ceremony took place at the Inn at the Bridge on the Great Sacandaga Lake in Northville.

Guests were then invited to a dinner and dancing reception at the St. Patrick’s Lodge in Johnstown.

Nellis is a 2004 graduate of Johnstown High School and received a bachelor’s degree in education from SUNY Oneonta. She went on to receive a master’ degree in elementary literacy from Walden University. She is employed as a kindergarten teacher at Pleasant Avenue Elementary in Johnstown.

Warner is a 1999 graduate of Johnstown High School and received a bachelor’s degree in computer information systems from SUNY Plattsburgh. He is employed by the Saratoga Springs City School District as a network administrator.

In virus chaos, some find solace, purpose in helping others