Students show up to take a part in Clean Street Initiative 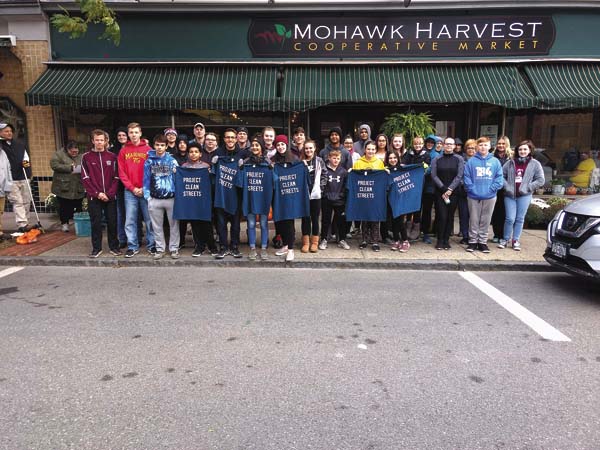 Project Clean Streets is a program developed by members of the Fulton-Montgomery County CEO Roundtable that will see volunteers from community groups, local businesses and the community working together to beautify city streets and other public spaces, similar to Adopt-a-Highway programs.

The first Project Clean Streets event was held on Saturday with more than 30 students from the middle and high school volunteering to clean up a portion of downtown streets and helping the Gloversville Downtown Business Improvement District prepare Castiglione Memorial Park for the winter season.

Members of the Gloversville Middle School Builders Club cheerfully made their way down West Fulton Street a little before 10 a.m. wearing gloves and carrying plastic bags they were filling with trash and debris in what the students described as a fun way to support their city.

“It makes the world nicer,” Donovan Freeman said. “It helps the Earth.” 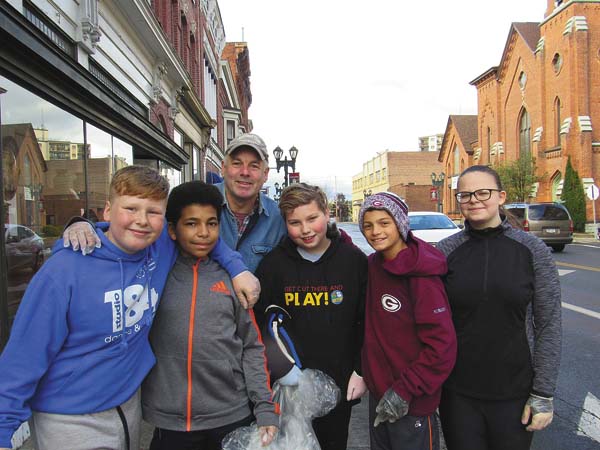 “You get to be outside with your friends and you get to do stuff,” Dylan Mendetta added.

All five members of the service oriented Builders Club have participated in community service events in the past and said they had no hesitation about waking up early on a Saturday morning to help out.

“I’ve had these students asking about this for a week or more,” GMS teacher and Builders Club adviser Greg Heroth said. “They were pretty psyched to do this and it makes it fun for me. Honestly, when I have the students that are part of my little club, when they’re excited to do something, they really have a chance to make me feel a little more motivated about it.”

A few blocks away members of Gloversville High School’s newly formed Astronomy Club were helping BID Board of Directors member Karen Smith weed and rake the parking area behind Castiglione Memorial Park off of Elm Street.

“I used to do this when I was little and I had fun,” GHS Astronomy Club member Zachary Rocas said. “I think it will make the community look better and it will attract more people to come downtown.” 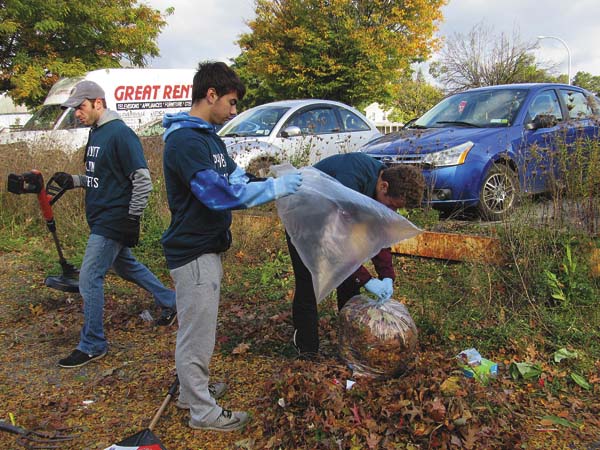 “I like seeing projects like this after they’re all finished,” club member Skyler Reed added. “It feels nice, it makes you feel accomplished.”

“These kids all live here, I live here, it’s the importance of giving back,” Ficili said. “I can tell that they feel good about what they’re doing.”

Both Rocas and Reed said they were happy to participate and will most likely be involved in future Project Clean Streets initiatives.

Maryum Nazir, another GHS Astronomy Club member, said she volunteered at the Salvation Army over the summer, but hadn’t had much time to get involved after the start of the school year so she was pleased to be able to help out on Saturday and hoped the sight of students cleaning up downtown would encourage others to get involved. 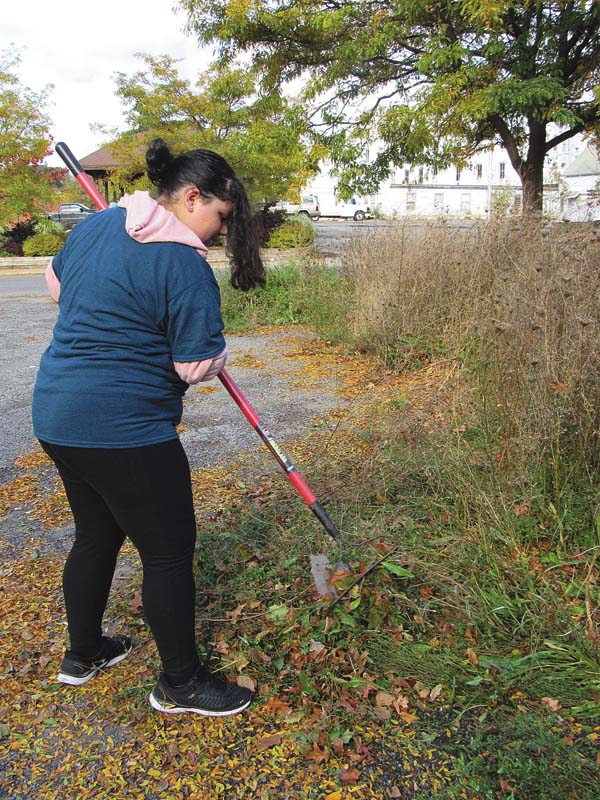 “I feel like the people who walk by and see us cleaning, maybe it will inspire them to start helping out with the community,” Nazir said.

“The revitalization of downtown Gloversville begins with an active and engaged community,” Jennings said in a prepared statement. “We are truly thankful for the partnership and ingenuity of GESD students and their commitment to make our community better. The future of our city will be built upon the foundation of many small acts such as Project Clean Streets, instilling pride and ownership of our amazing corner of the world.”