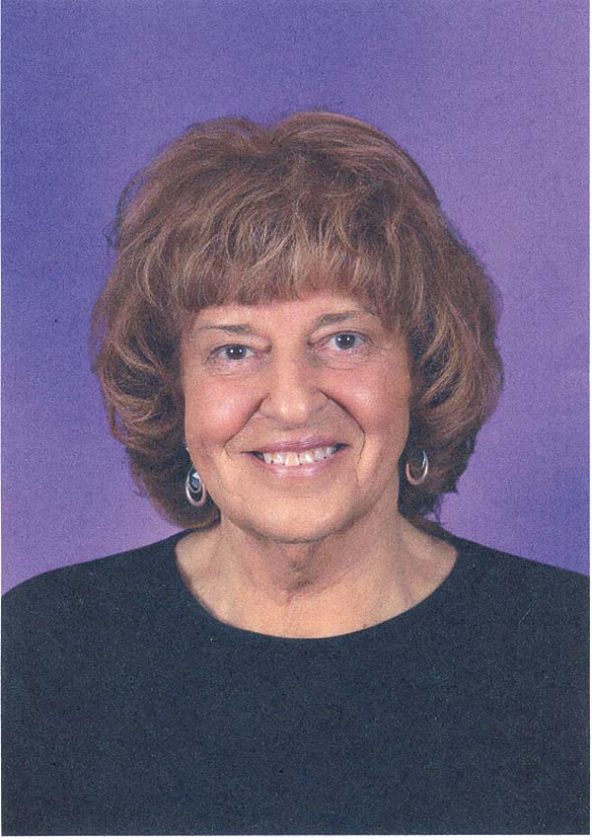 MONTGOMERY COUNTY — With 27 years as Montgomery County Clerk, Helen Bartone has plans to stick to the position for another term as county clerk as she announces her candidacy for re-election.

With the slogan “stick with me” on a stick of gum, Bartone decided announce her candidacy early even though elections aren’t until November to try to get ahead of the game.

“As county clerk, I am prepared and excited to tackle any new challenges that lay ahead,” Bartone said. “I will remain positive and focused on a job that I really care about.”

Bartone grew up in the city of Amsterdam and shortly after her marriage with her husband Joseph Bartone, they moved to Fort Plain where they currently reside. Together they have four children and eight grandchildren.

“I have always enjoyed being involved in my children’s school as well as other community organizations and their functions,” Bartone said.

Bartone’s political career began when she was first appointed as the village of Fort Johnson’s tax collector. She was then elected Amsterdam town clerk in 1974 in which she held that position for 16 years until 1991 when Bartone was elected as Montgomery County clerk.

Bartone described the county clerk as a New York Constitutional Officer of the Supreme and County Court, and a partner of the state Motor Vehicles. With a staff of 16 employees, the county clerk’s office is responsible for the recording, filing and indexing of time-sensitive land records, court documents and preservation of these important records. The county clerk also keeps records of pistol permits, process passport applications, offer passport photos and renew licenses. Bartone said all documents are scanned in a Records Management System that generates all financial reports.

“I personally have provided Notary Public services for over 40 years at no cost to county residents,” Bartone said.

She said that the Department of Motor Vehicle employees have passed finger-printing background checks to process the newest transactions along with drivers licenses, registrations and renewals.

“This is just a small sampling of what goes on in your county clerk’s office,” Bartone said. “As an advocate for veterans, I implemented the ‘Return the Favor Discount Program’ whereby veterans can register and be issued a card which entitles them to local discounts.”

Bartone said although the office has endured challenges such as staff and budget cuts, she has continued to work with vendors and other county departments to look for ways to provide new and improved services that can save the county money and in some cases increase revenue.

“My open door policy and positive working relationships extend to my co-workers, judges, attorneys, law enforcement and others,” Bartone said. “But most importantly it extends to the public.”

“It would be a privilege and an honor to serve another term as your county clerk. Along with the endorsement of the Montgomery County Democratic Committee, I am asking the people of Montgomery County, all organizations and political parties for your continued support in the coming election in November,” Bartone added.

GLOVERSVILLE — A man pulled over in the city for erratic driving was taken into custody after police determined ...

GLOVERSVILLE — The grant-funded pedestrian safety project the city planned to implement this year has been put on ...

AMSTERDAM — Those traveling in the city this week will have to avoid driving over the Route 30 Northbound Bridge ...