Tim Mattice out from GHA on paid leave 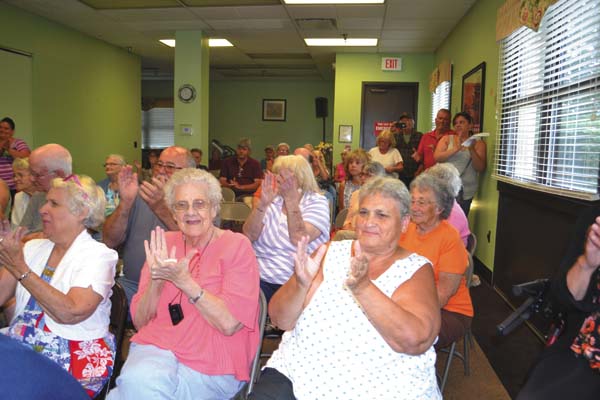 Meeting attendees react to the news of Timothy Mattice and Sheri McCloskey being put on paid administrative leave on Thursday. (The Leader-Herald/Kerry Minor)

Members of the Gloversville Housing Authority Board of Commissioners are shown outside the GHA offices following Thursday’s meeting at Kingsboro Towers. (The Leader-Herald/Kerry Minor)

Meeting attendees react to the news of Timothy Mattice and Sheri McCloskey being put on paid administrative leave on Thursday. (The Leader-Herald/Kerry Minor)

The Northville Planning Board listens to a presentation from the Fulton County Community Heritage Corp. Thursday night. (The Leader-Herald/Jason Subik)

GLOVERSVILLE — The Gloversville Housing Authority Board of Commissioners put its executive director and one employee on paid administrative leave and two commission members resigned during a tense, five minute exchange on Thursday.

GHA board members spent more than three hours in an executive session, during which time Executive Director Timothy Mattice was not present for the majority of the meeting.

Mattice did enter the room roughly two and half hours into the meeting.

Mattice left the meeting around 3:34 p.m., telling reporters that the board was not done and stating he was unaware of what was happening. He then quickly left the building through a fire door and exited in his car without answering any questions.

The board resumed the meeting shortly thereafter and voted on four resolutions relating to the shakeup. 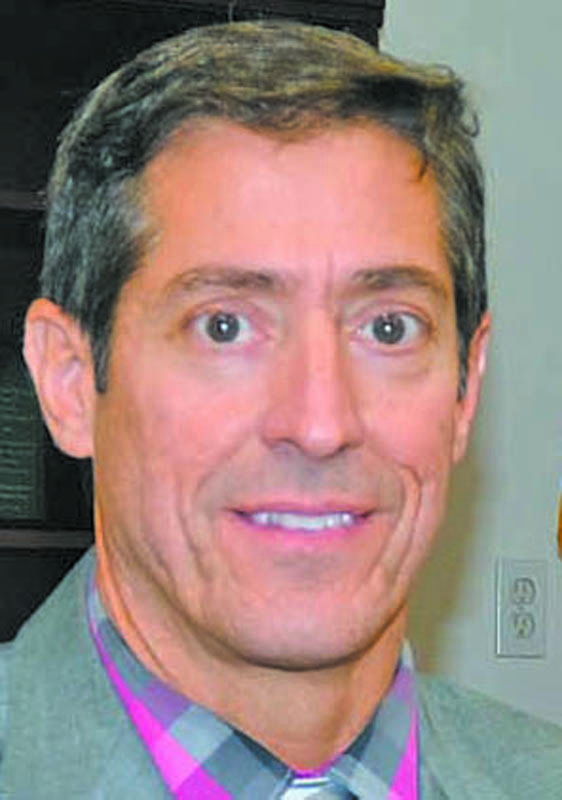 The first put Mattice on paid leave for an unspecified amount of time. 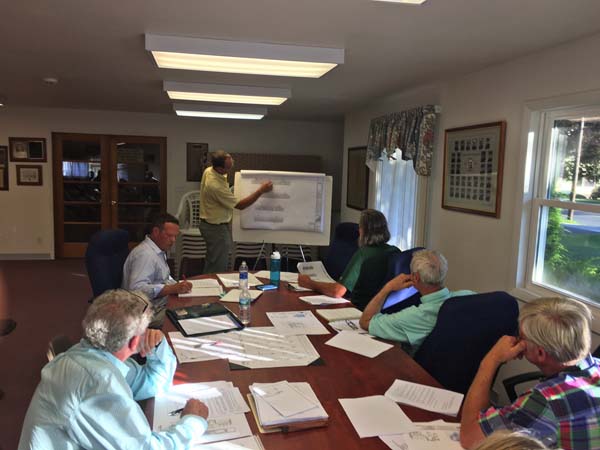 The Northville Planning Board listens to a presentation from the Fulton County Community Heritage Corp. Thursday night. (The Leader-Herald/Jason Subik)

The crowd of more than 30 people broke out into applause after each resolution passed.

Once all four resolutions had passed, Ponticello announced his resignation from the board, telling the crowd: “With that, unfortunately I can not be a part of this any longer. So I am tendering my resignation immediately.”

Shortly after Ponticello stood up to leave, board member Manzer stood and announced that he would also be resigning.

The resignations mean that the entire GHA board will have been replaced since April.

In April, Marcia Weiss was appointed to fill a seat left vacant following the resignation of former board president Anthony Ferraro. 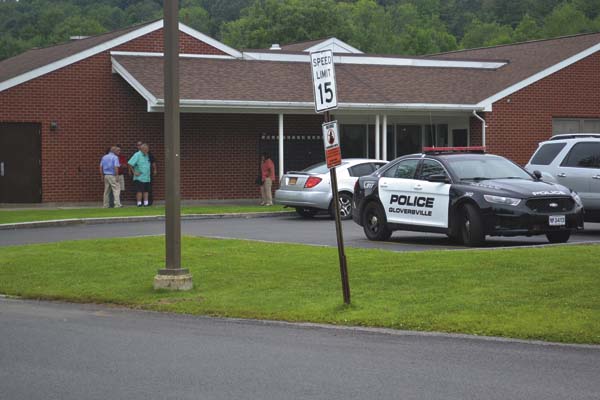 Members of the Gloversville Housing Authority Board of Commissioners are shown outside the GHA offices following Thursday's meeting at Kingsboro Towers. (The Leader-Herald/Kerry Minor)

In May, John Poling was appointed by Mayor Dayton King to replace Thomas Canty, who was seated for a short term. Greg Gottung resigned not too long after and was replaced by Kicinski.

Board member James Del Savio announced his resignation in May and was replaced by former councilman John Castiglione.

Speaking with reporters after his announcement, Ponticello said he was leaving due to what he called the “politics on the board.”

Ponticello accused Weiss of spearheading the vote to get rid of Mattice.

Shortly after Weiss’ appointment, board members voted on May 10 to send her appointment to the Fulton County Board of Ethics and/or the New York State Joint Commission of Public Ethics to see if there was a conflict of interest. 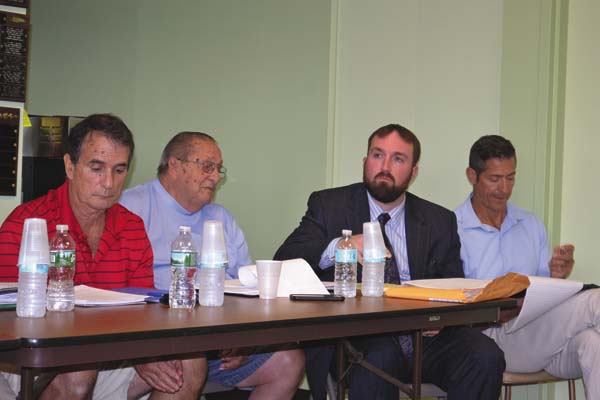 Weiss said following the May 10 meeting that she felt this was move to get her off the board and said the move was done out of fear. Board members stated they were concerned about Weiss’s position as First Ward councilwoman for the city Common Council.

Board members declined to make comments after the meeting, stating they needed to go to the GHA offices on West Street since that is where McCloskey was.

Manzer said he felt there was no plan to go forward following the decision on Mattice and that he can’t comment on why the board voted to oust Mattice, but stated he may be able to speak after his official letter of resignation is submitted and accepted.

“Those people can sit in their seats and clap all they want, but they don’t know what goes on behind the scenes,” Manzer said.

Manzer said he thinks residents wanted Mattice gone because he was trying to get rid of bedbugs.

“At Forest Hills, they complained about inspectors coming in to check. They didn’t want that done,” Manzer said.

It was not made clear if the decision on Mattice and McCloskey has anything to do with an ongoing investigation by the U.S. Department of Housing and Urban Development office.

Representatives from HUD began an on-site assessment Tuesday that will conclude today.

In a letter to Mattice and Ponticello from HUD obtained by The Leader-Herald, HUD officials said they will be reviewing compliance with internal policies and procedures and all applicable HUD rules and regulations as they pertain to the use of federal funds during the period of Oct. 1, 2015 to March 31, 2017.

The Federal Housing & Urban Development’s Buffalo field office has been investigating allegations made by employees that include they were told to do work on former GHA board chairman Anthony Ferraro’s house and for a nonprofit then headed by Mattice.

During the inspection, HUD officials said they would be reviewing a number of items including bank accounts, ledgers, credit card accounts, payroll records, budgets and year-to-date expenditures, resolutions and board minutes among many other items.

At this point it is not clear if and how the process to fully remove Mattice and McCloskey will go. The length of the paid leave for both is not yet clear either, as is their salaries.

AMSTERDAM — Residents in Montgomery County may have noticed roads blocked off more than usual as a pilot episode ...

GLOVERSVILLE — The Common Council on Tuesday authorized borrowing for planning and design work related to an ...

Two charged after lying to state police about fatal accident

MAYFIELD — Two people in one of the vehicles involved in a July 4 bicyclist crash that killed a 16-year-old ...

GLOVERSVILLE — Following the state mandated closures of non-essential businesses for several months due to the ...

JOHNSTOWN — The Greater Johnstown School District is issuing a school reopening plan to the state that calls for ...